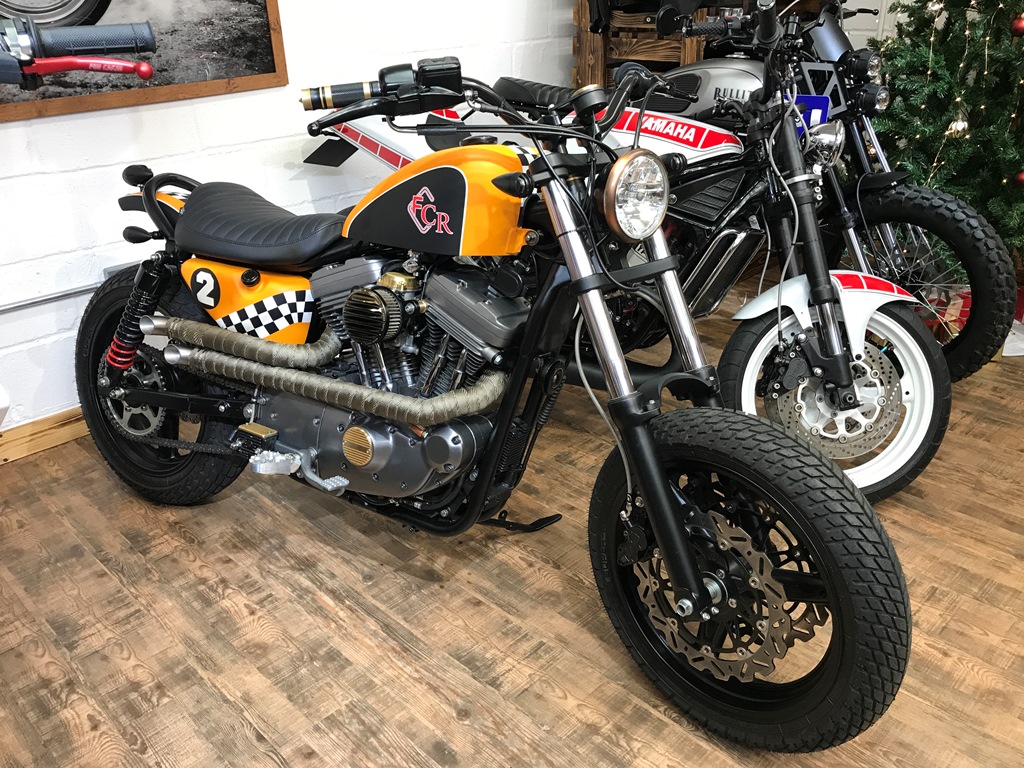 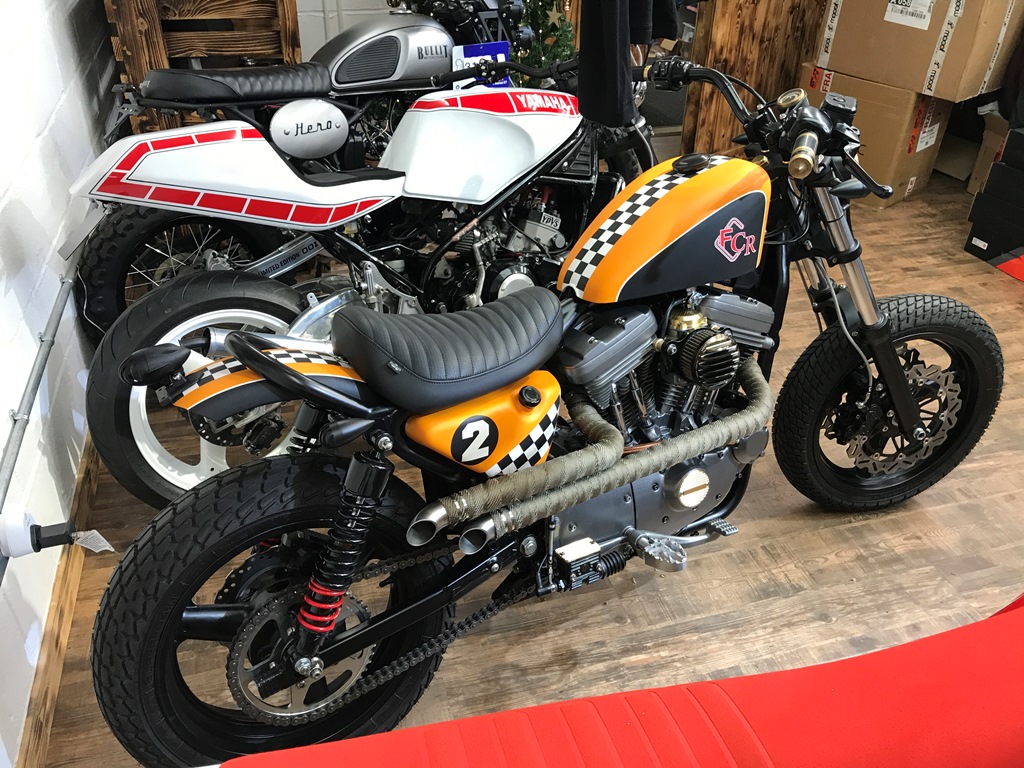 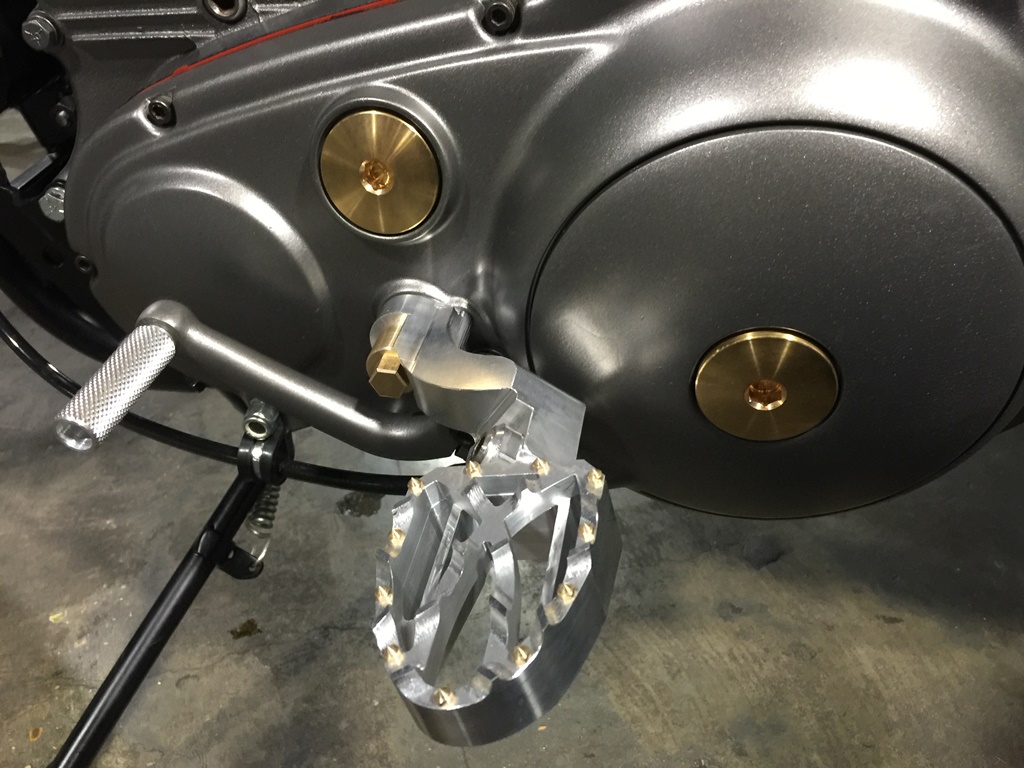 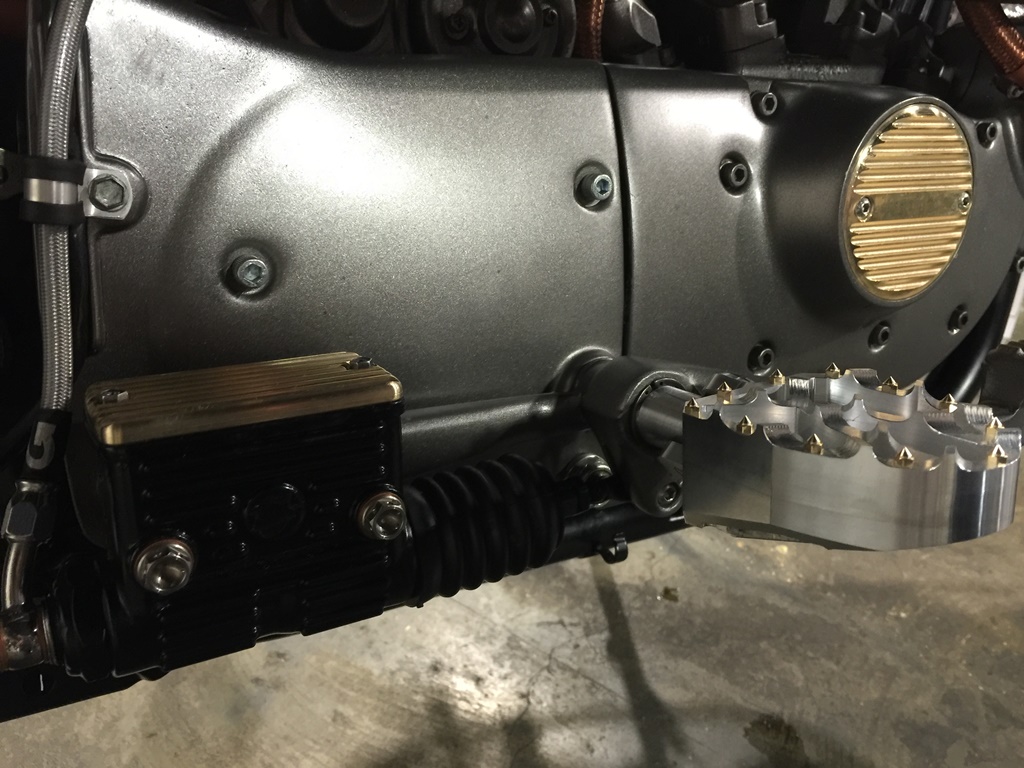 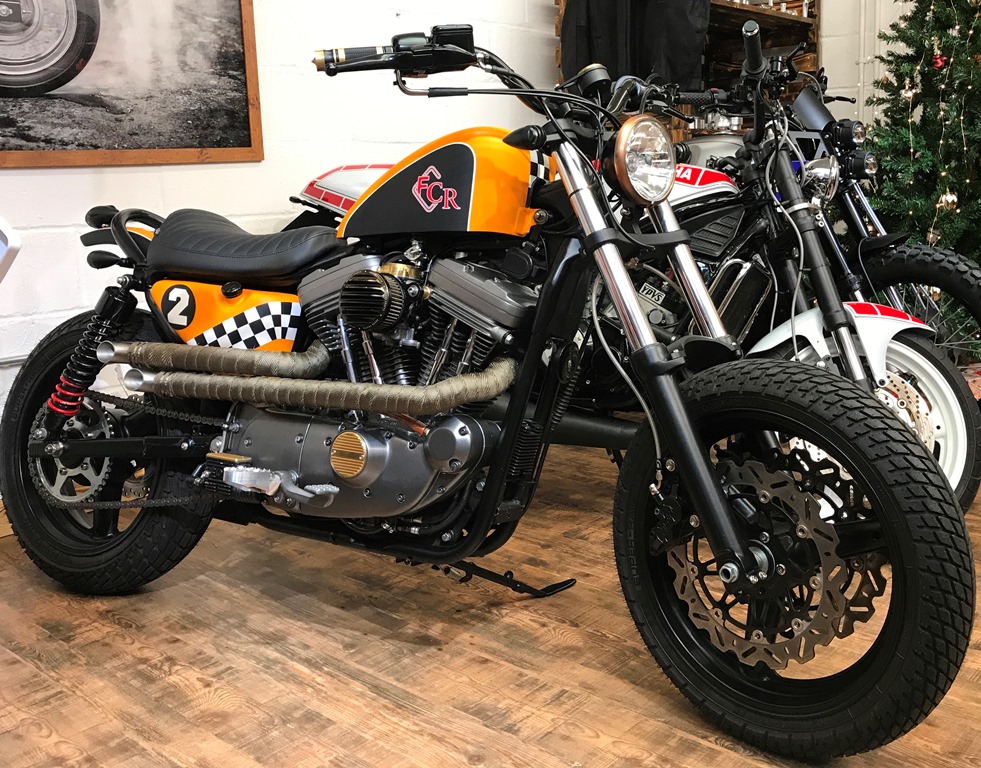 This Fastec racing custom build was originally for Bike Shed 2016 both Paris & London, and it has just undergone a few changes after being used as our show bike for a few years so this bike now deserves to be ridden.

It is based on a 1988 1200 Harley Sportster and it has been rebuilt from the ground up with extensive modifications including the rear end that has been cut down for a single seat and a loop added to mount the new rear mudguard. The forks are now 43mm from a Suzuki GSF1200 and from this donner bike we have also used the front & rear wheels, brakes with custom made caliper mounts for the rear caliper. Other custom made parts include the yokes, foot pegs, grips, caliper mount, custom one off exhaust and a custom bracket to house the motoscope vintage speedo.

The bike has also undergone a full rewire using the Motogadget Blue system running through upgraded Harley switch buttons so it can run a keyless ignition, this unit also has a inbuilt alarm and other modes accessible via a mobile phone app

The engine has had full re-build including new barrels and pistons and painted in a metallic grey, the paintwork has been done by Hillary @ Hurricane airbrush art in a matt finish.