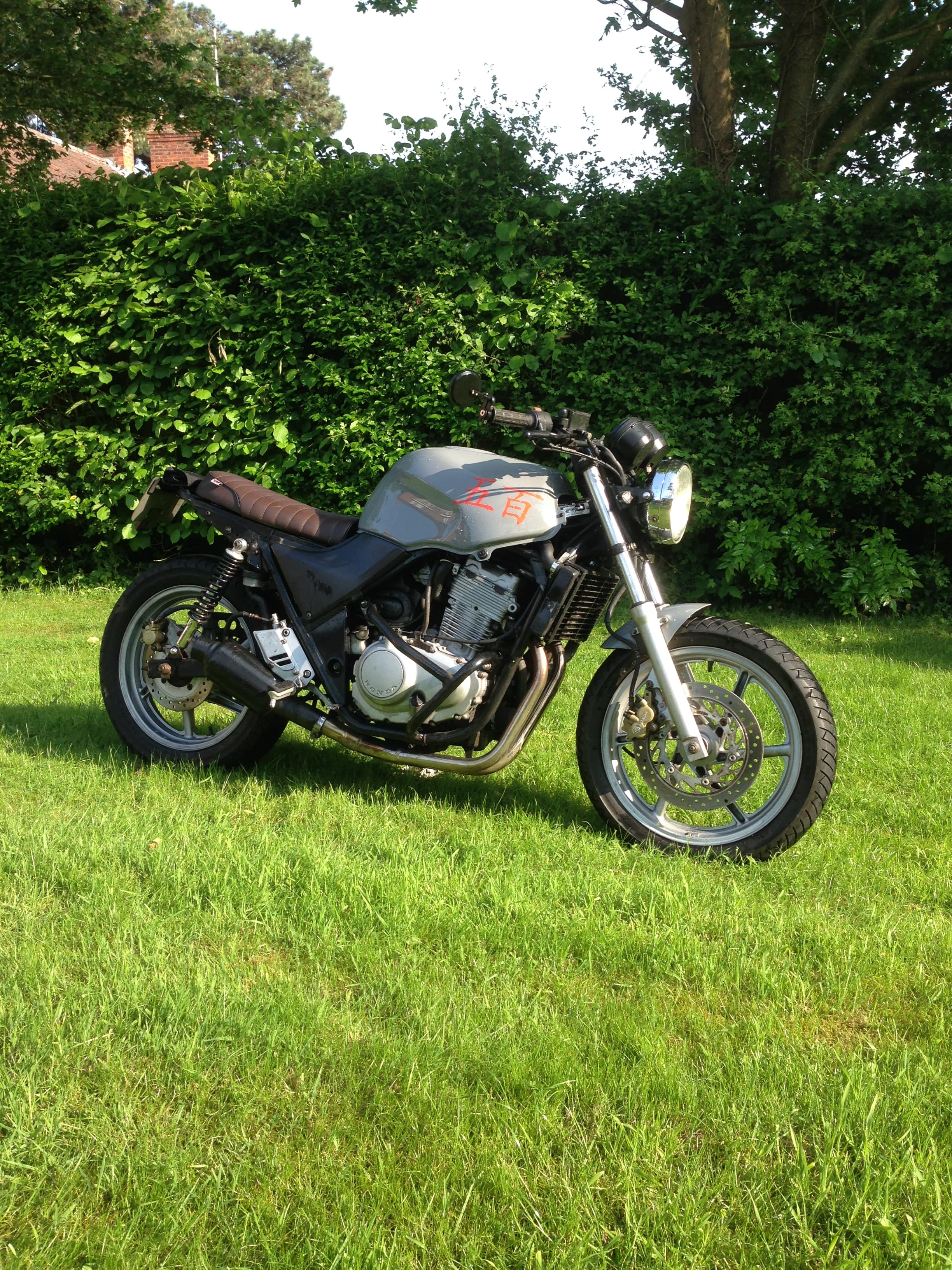 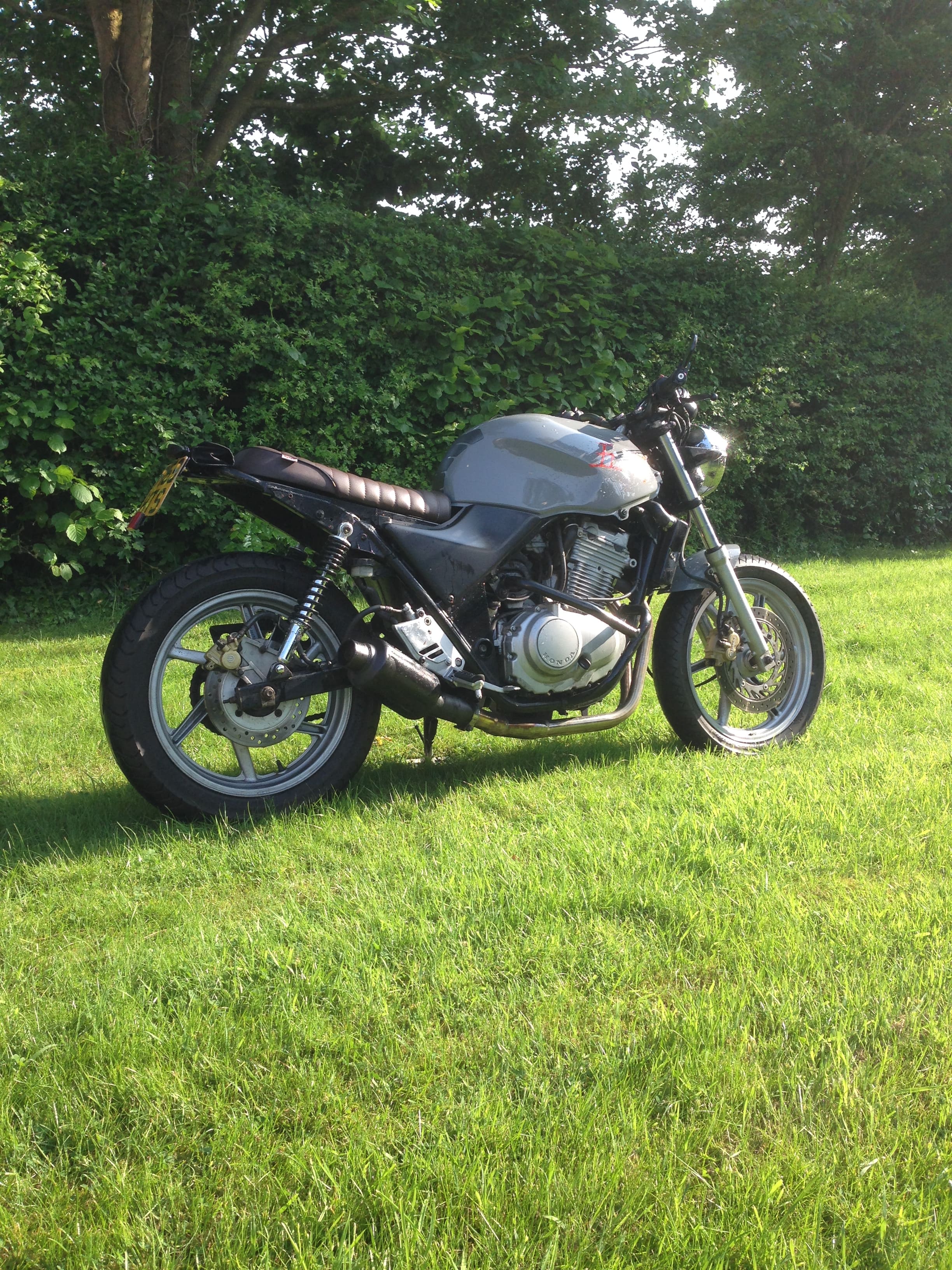 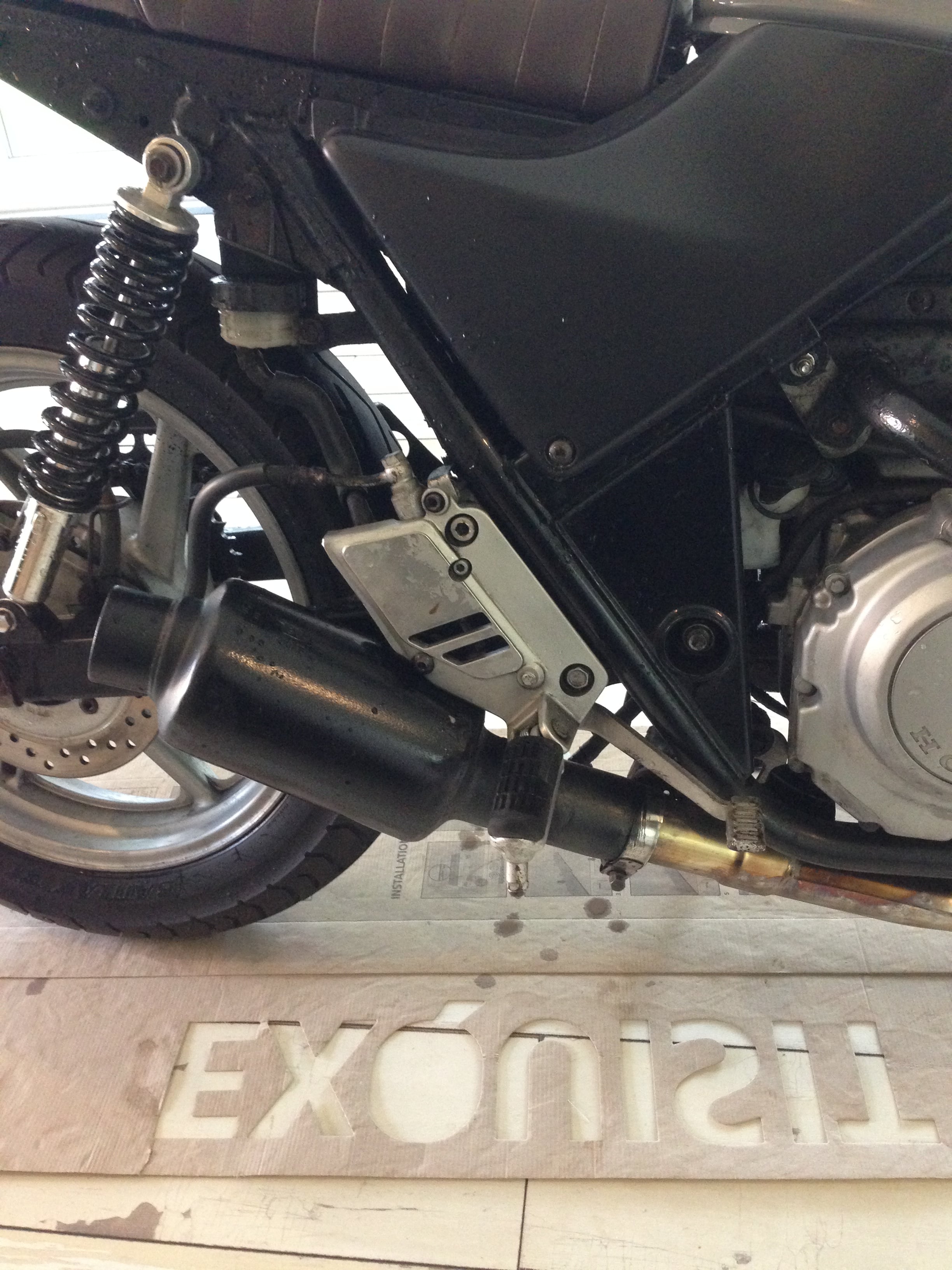 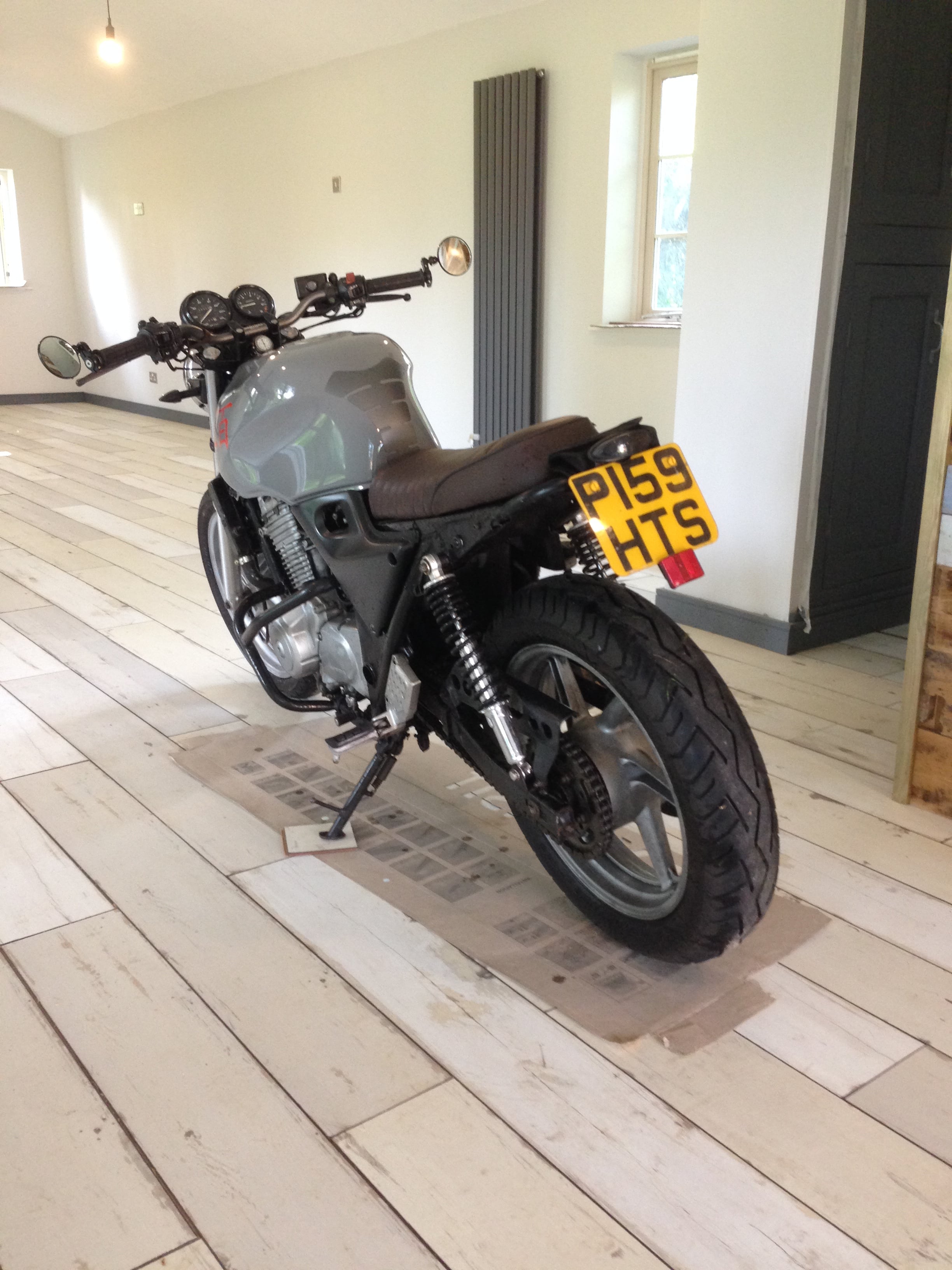 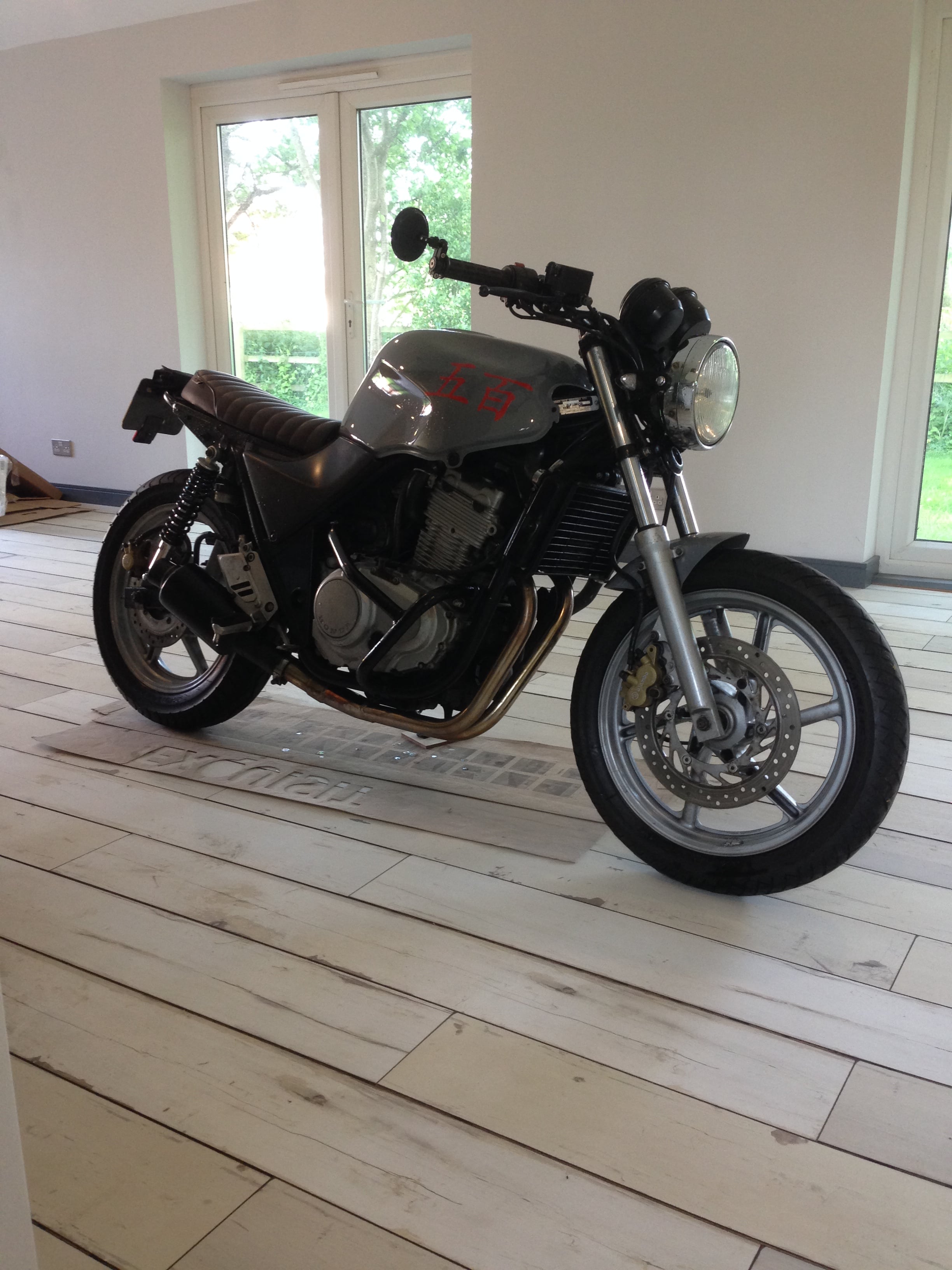 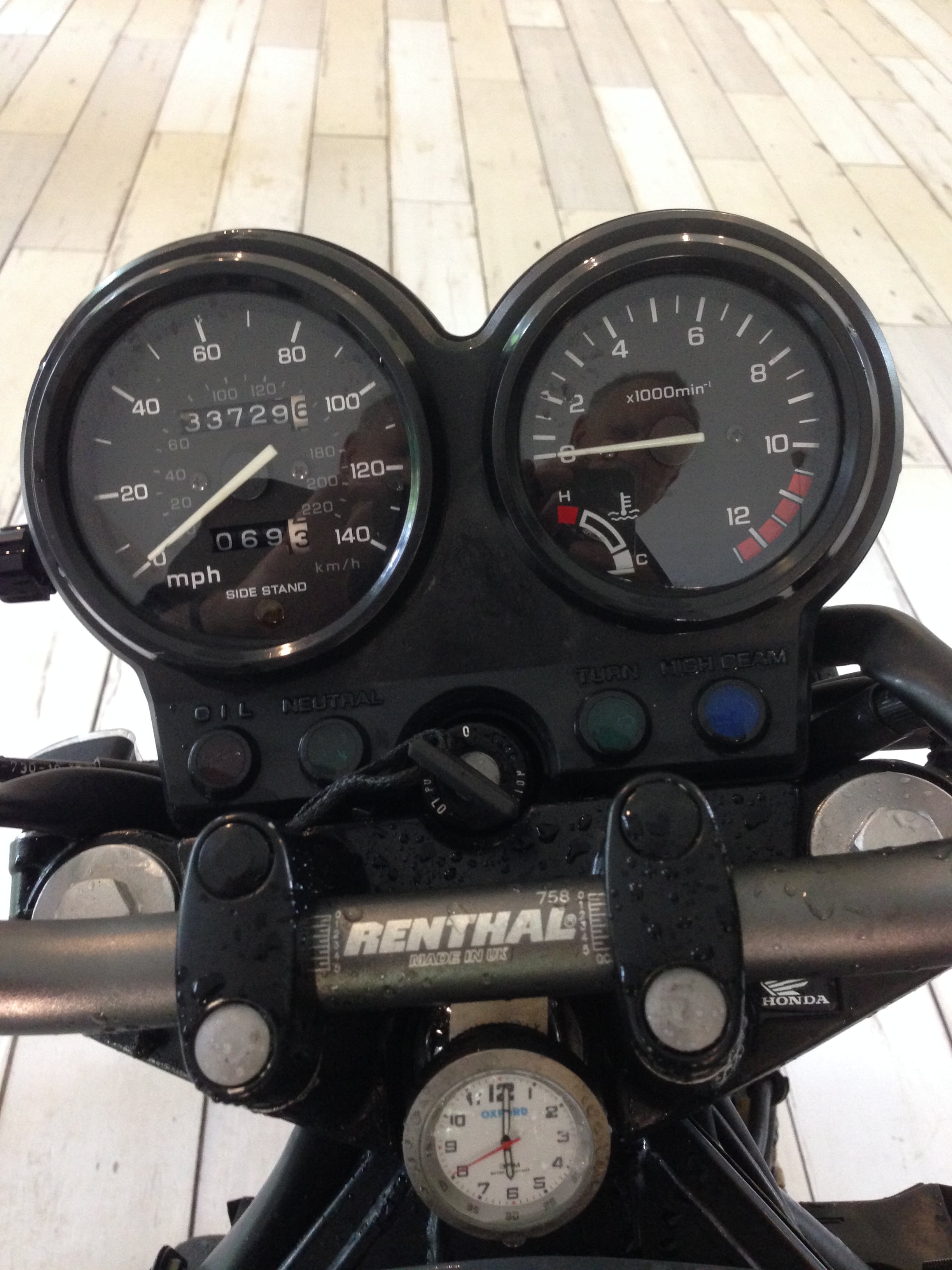 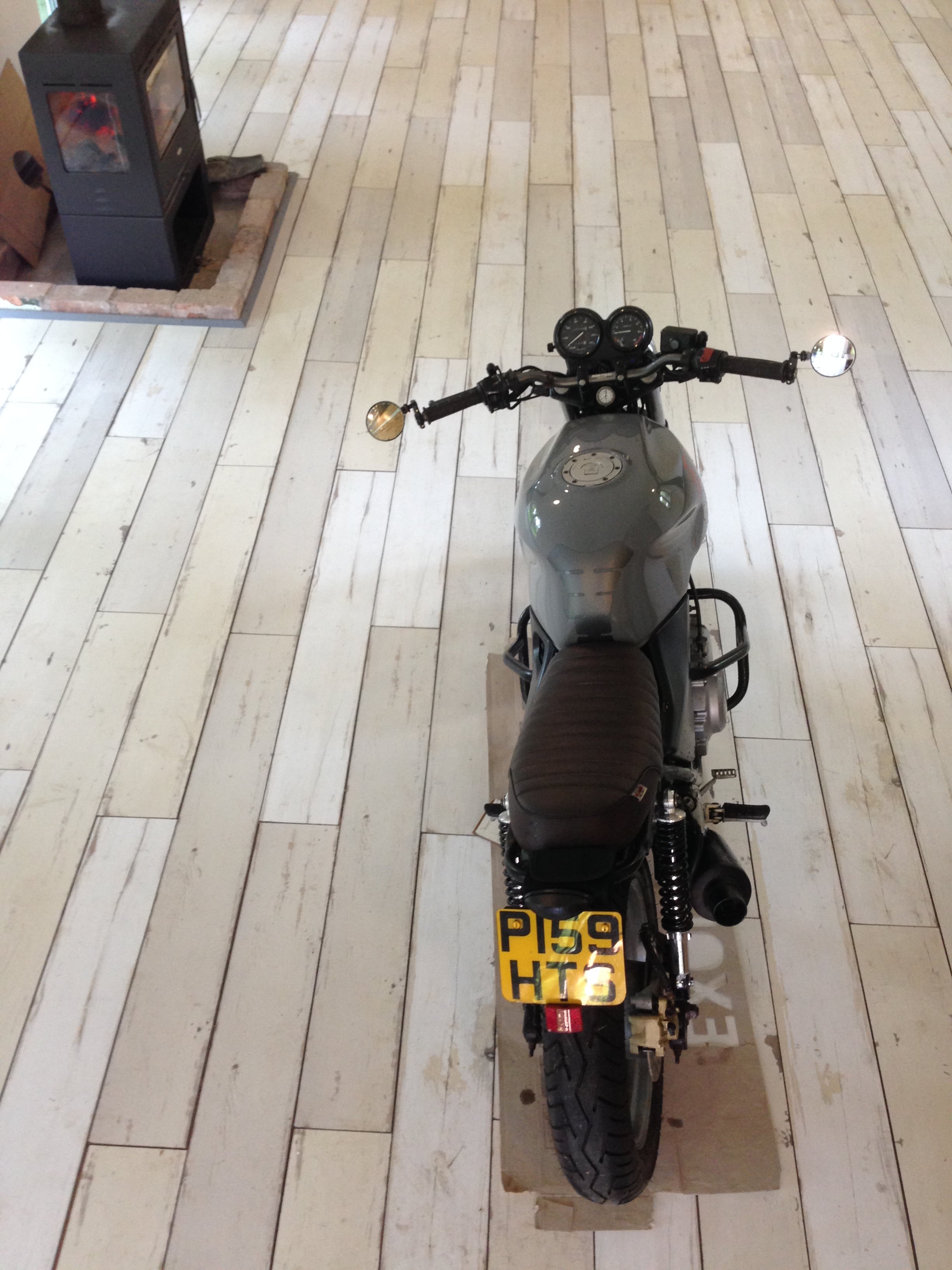 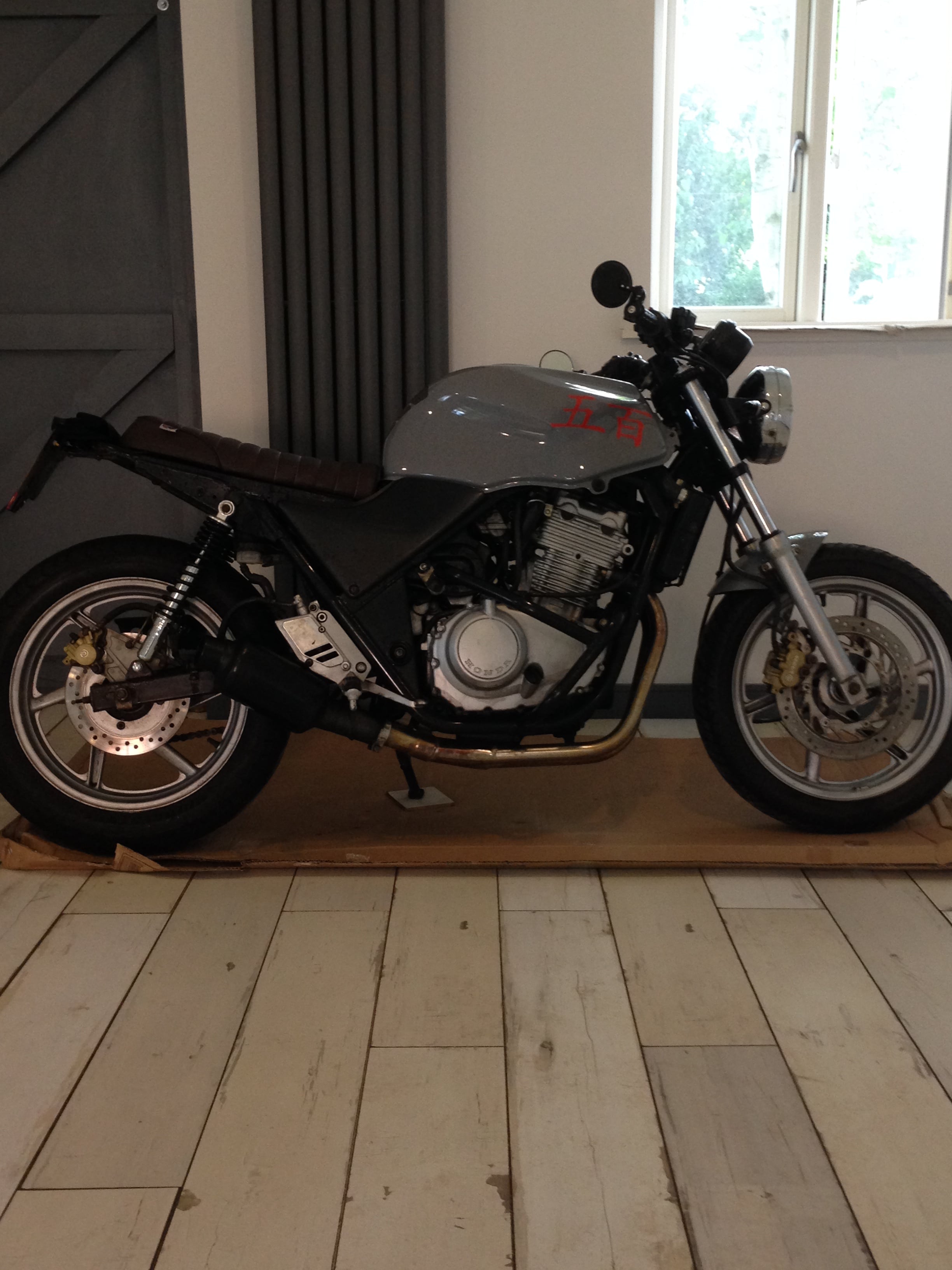 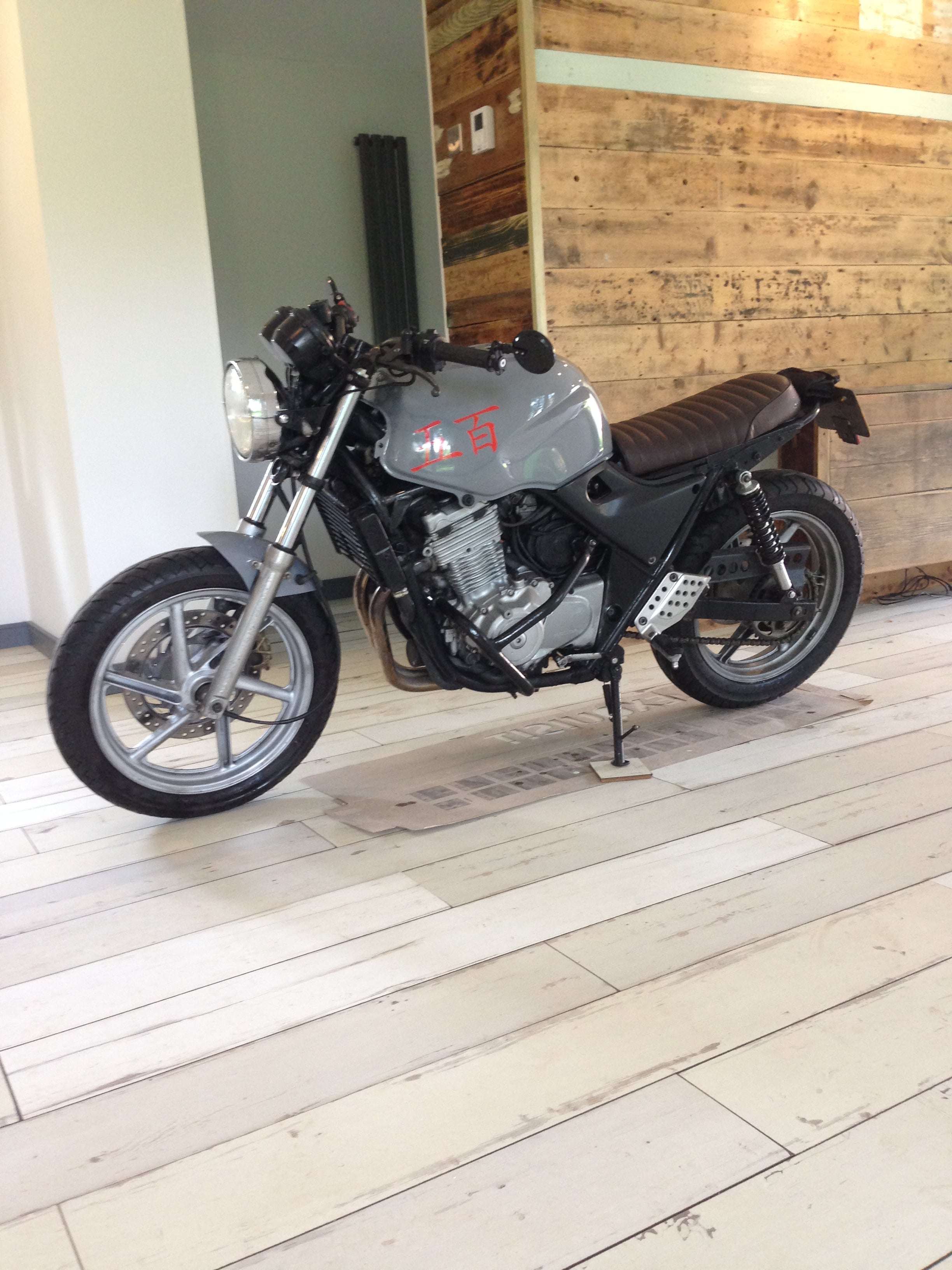 A lightly modded and customised but still very useable bike.

These Hondas are so doggedly reliable so no changes away from standard have been made to:

This what has been changed:

Very useable bike retaining Honda CB 500 reliability and known affectionately by my so called pals as ‘Shitter No 3’. Not a perfect bike but very tidy and not true to its nick name either.

I have really enjoyed pulling it all together but time now for it go to make way for the next project: Honda C90 with touring mods to get me to Turkey via Moldova.

Bike at Warwick just off Junction 15 of the M40.