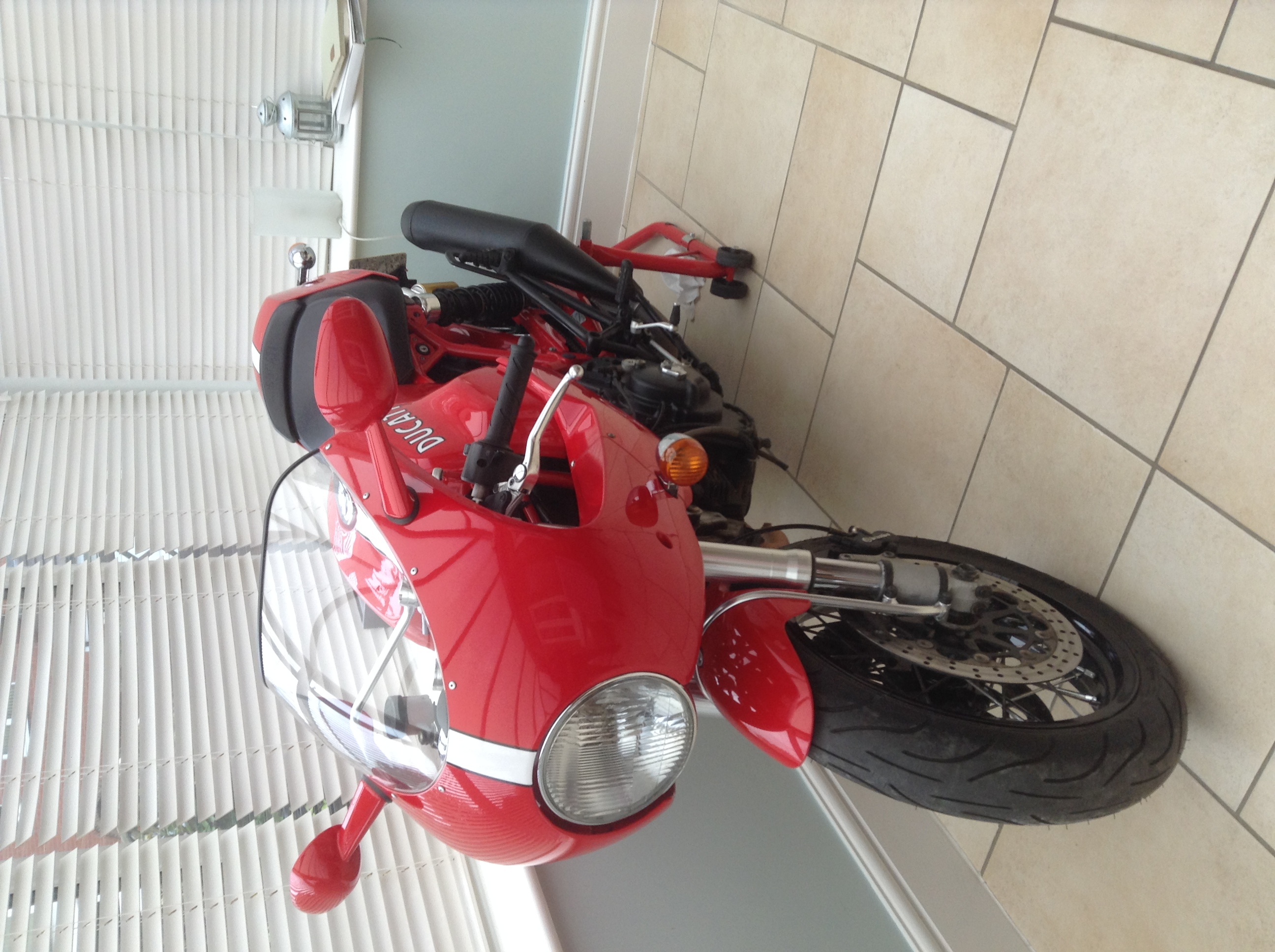 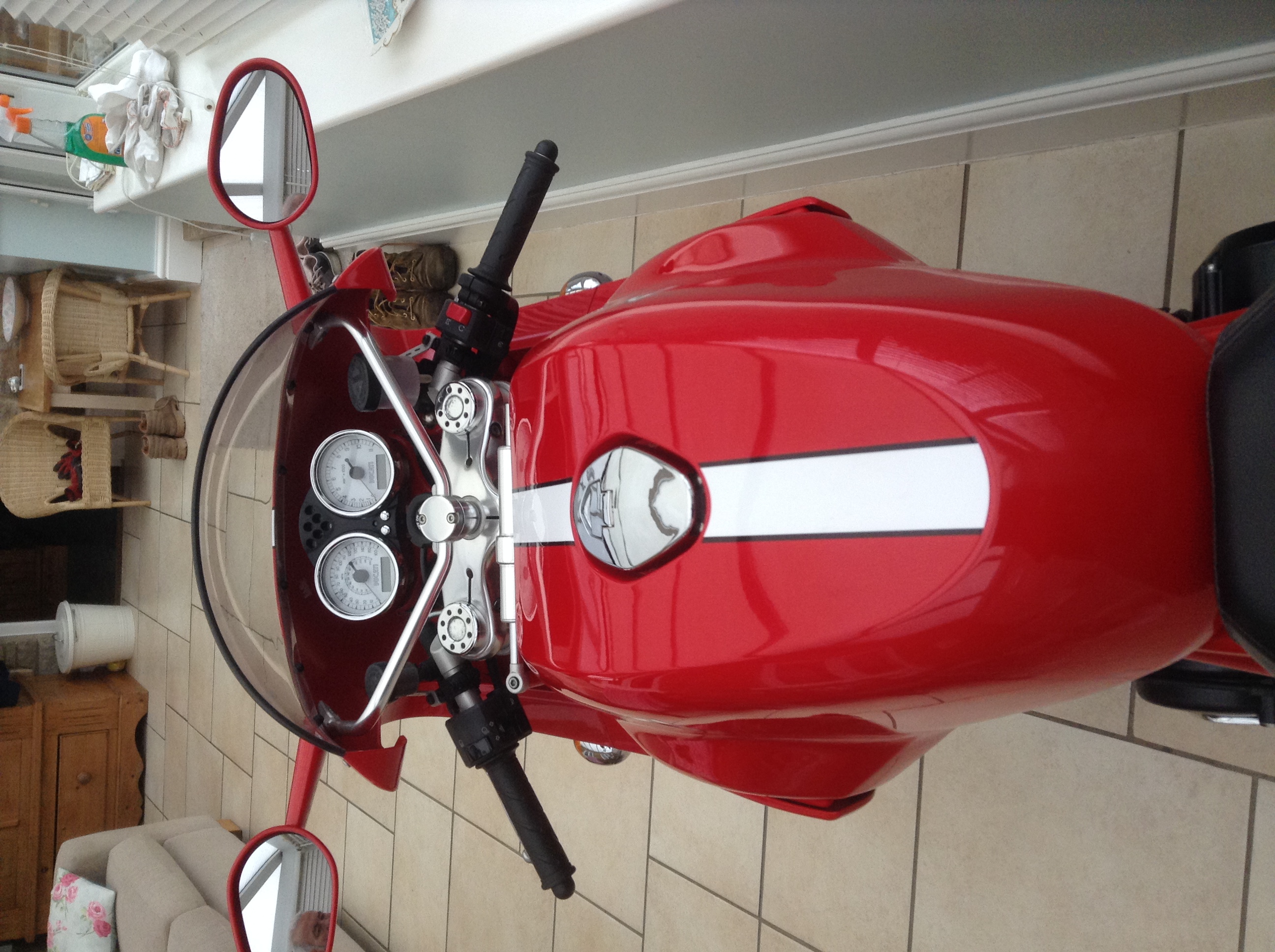 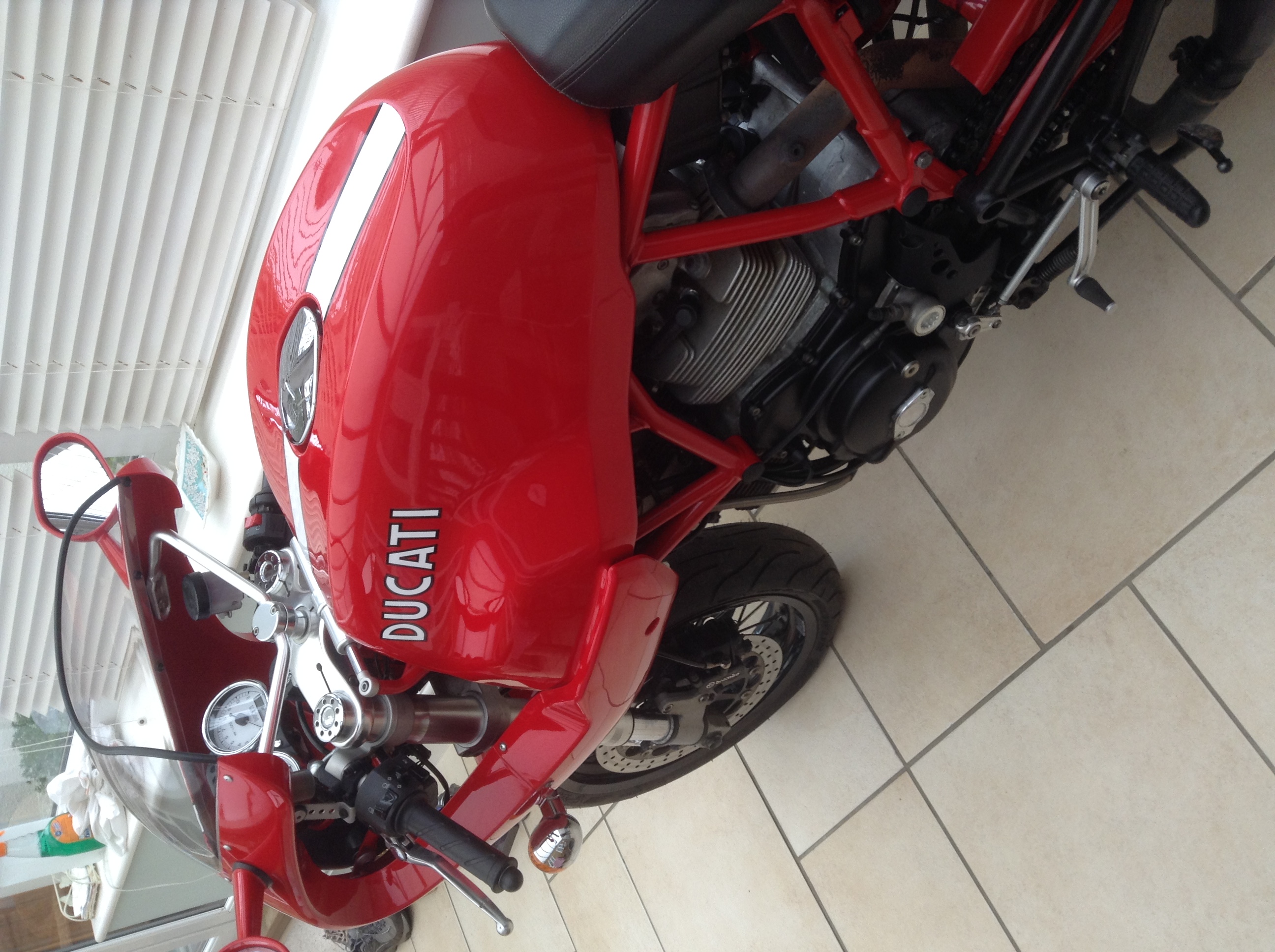 Sadly my 2007 Ducati Sport Classic 1000s is for sale. The bike has 25,416 miles.  I’ve had the pleasure of owning this bike since September 2017. It was Mot’d  (25,372 miles) and serviced (new belts etc) at the end of January by Russ at the well respected Bolton Motorcycle Workshop and has since done 44 additional miles this may increase a little but probably not.   All books and keys are with the bike plus some history.

The bike is located in the BL1 area of Bolton, Lancashire

As can be seen from the photo’s the bike was stored “in house” though now its dry garaged.

This bike is unusual as it is completely original so you have the choice to keep it that way or begin with a blank canvas.

If you are lucky enough to be the bikes next owner, be prepared to accept positive comments at every set of lights, every café and every bike meet.  It really does look that good and that’s before you fire her up, even standard pipes are good.  The riding experience is fantastic.

Ducati Sport Classics are now quite rare and not only hold their value but are an appreciating asset, heres your chance to be part of that rare history.

Ducati Sport Classics are known to be a bike shed favourite, here are a couple of Bike Shed video’s giving the views of Vicky and Dutch:

His n Hers Sport Classics

Here’s a contemporary view from MCN in 2006 updated to 2014, with interesting owner comments

A little about the Sport Classic 1000

Designed by Ducati's design chief Pierre Terblanche.  The Sport1000 took its inspiration from the 1973 Ducati 750 Sport and related 750 Imola Desmo, and had the look of a classic lightweight single-seat cafe racer. It used a two valve 1000DS motor with a 1,425 mm (56.1 in) wheelbase, trellis tube frame. The suspension used three way adjustable single Sachs rear shocks, and non-adjustable 43 mm Marzocchi front forks. The wheels were wire spoke large section alloy rims with tubed Pirelli Phantom tyres. Borrani were approached to supply the rims, but could not supply the volume, so Excel rims were used. The Sport1000 was available in black with a white stripe, red with a white stripe, or amber with a black stripe.

The 2006 model, known as the monoposto (single seat) had a well gusseted 60 mm section asymmetric swingarm and a single shock, with stacked mufflers on the right side, low clip-on handlebars, and a dry-clutch. In 2007, a variation was made to taller clip-on handlebars, a wet-clutch, and the GT1000's dual-shock swingarm with mufflers on both sides. This change created space for passenger footpegs and a removable rear seat cowl covering a pillion seat was added, prompting the name change to Sport1000 biposto (twin seat).

In 2007, a Sport1000SE was also produced in a limited run of 100, available only in the US, which used the configuration of the 2006 model and a black and gold paint scheme reminiscent of the square-case 1980 Ducati 900SS. This paint scheme was inspired by a custom scheme done to a 2006 model by a US dealer

The 2007 Ducati Sport1000S had the front suspension of the Sport1000, while adding a retro styled fairing like the Paul Smart. The model could be equipped with Ducati original accessory lower fairings to create a late 1960s or early 1970s race bike look. The 1000S followed the Sport1000's change to a dual-shock swing arm and wet clutch, though lower handlebars were required to fit under the fairing. 2007-2008 models were available only in red with a white stripe, while in 2009 the paint scheme was changed to black with a white.