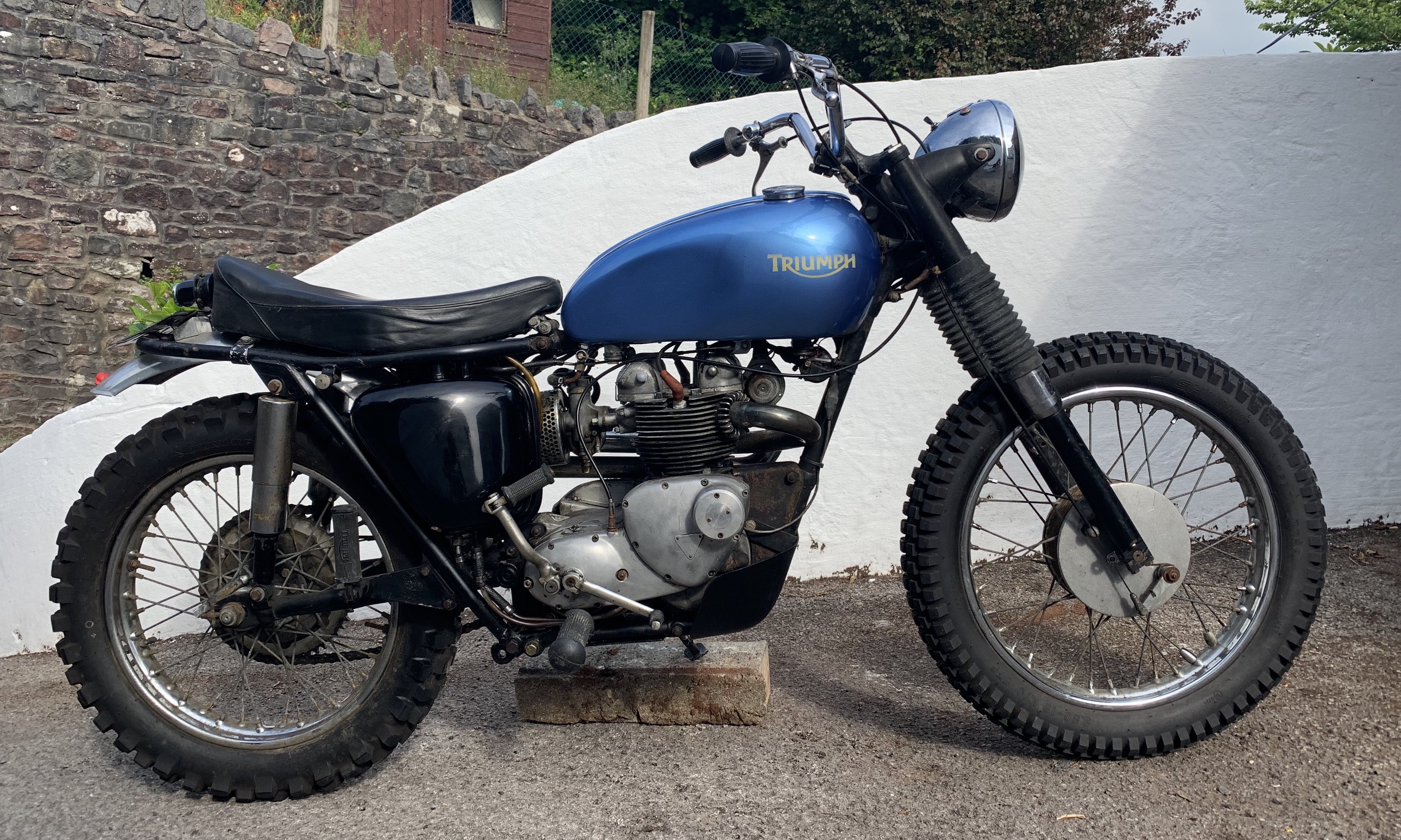 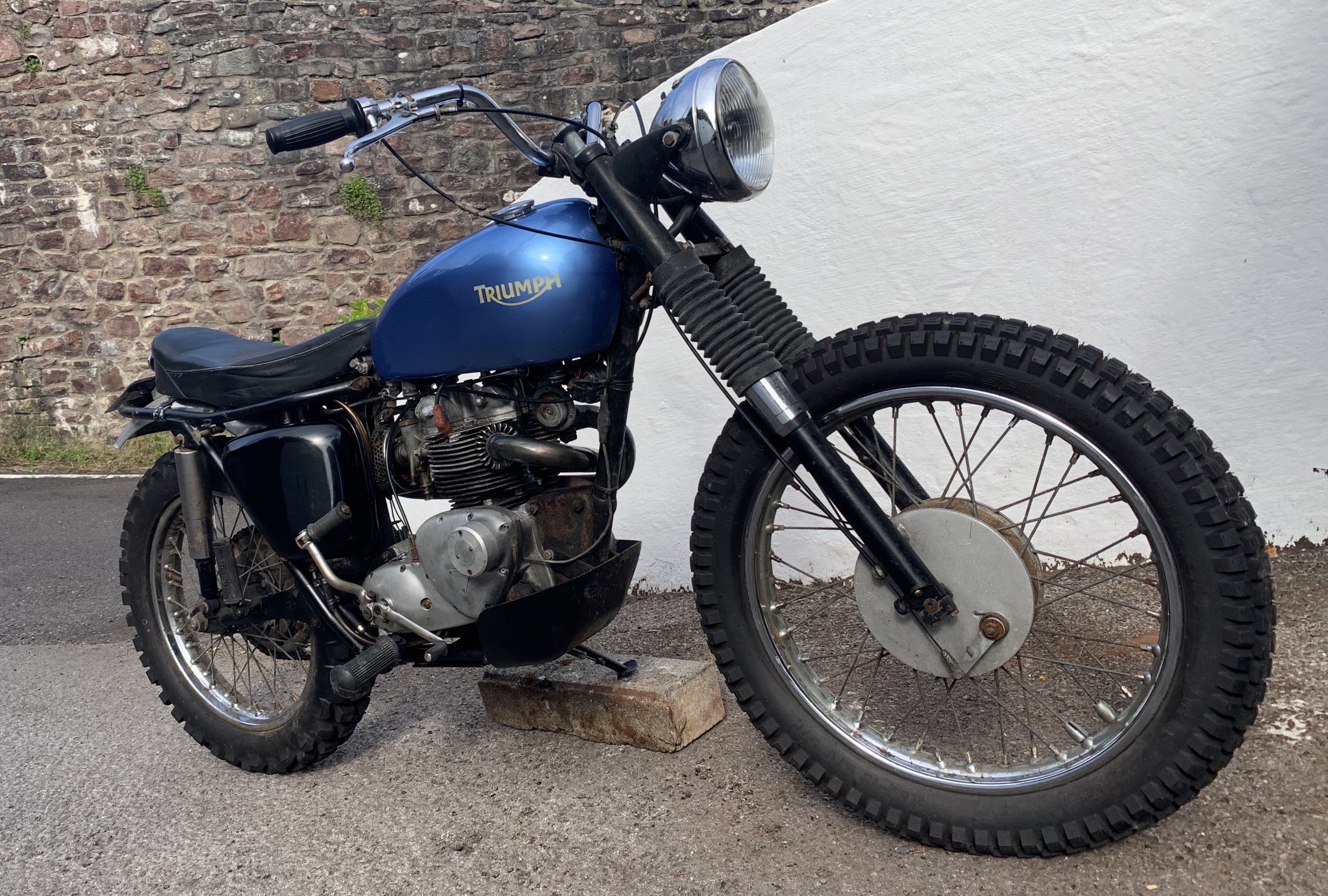 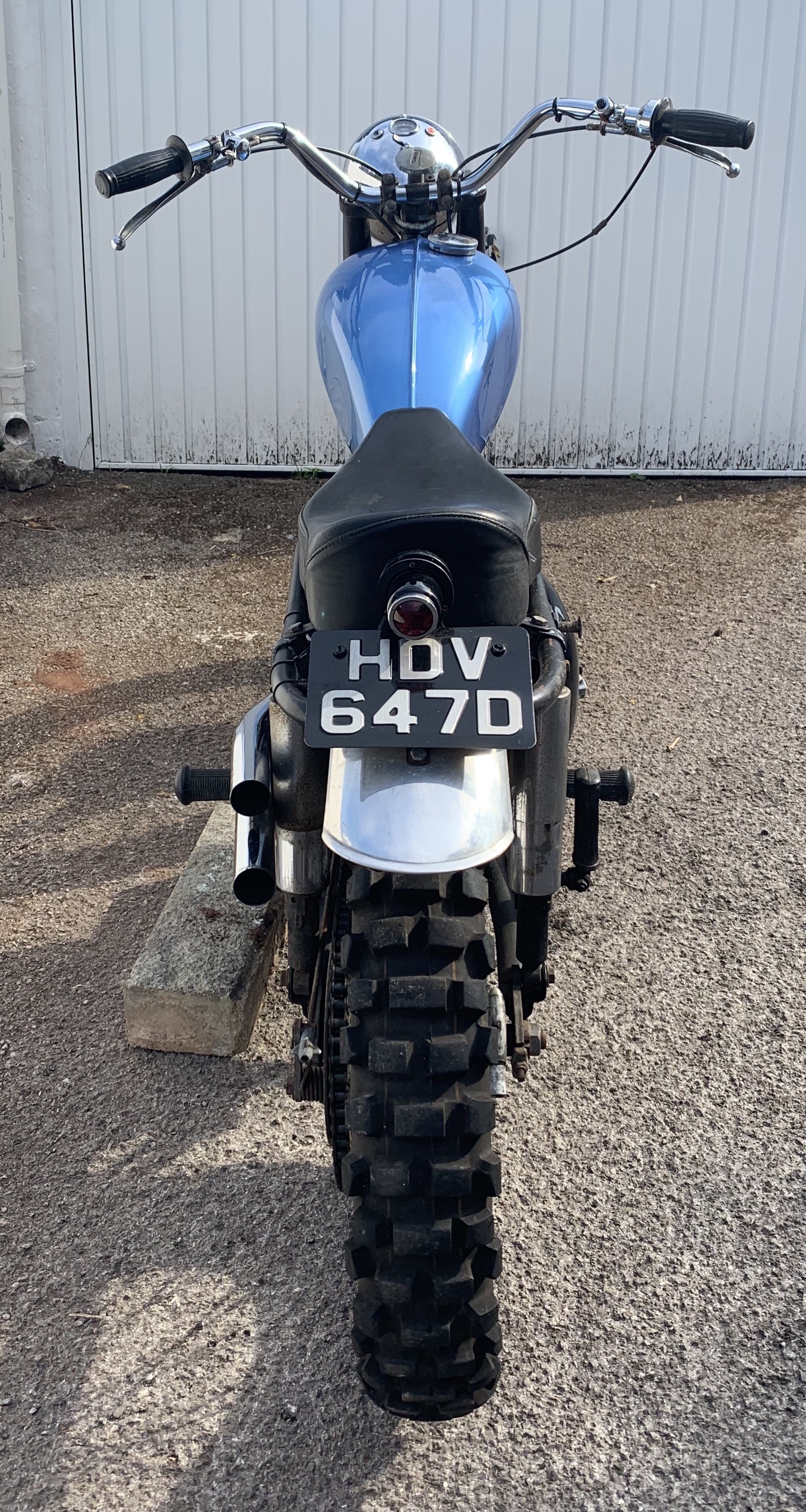 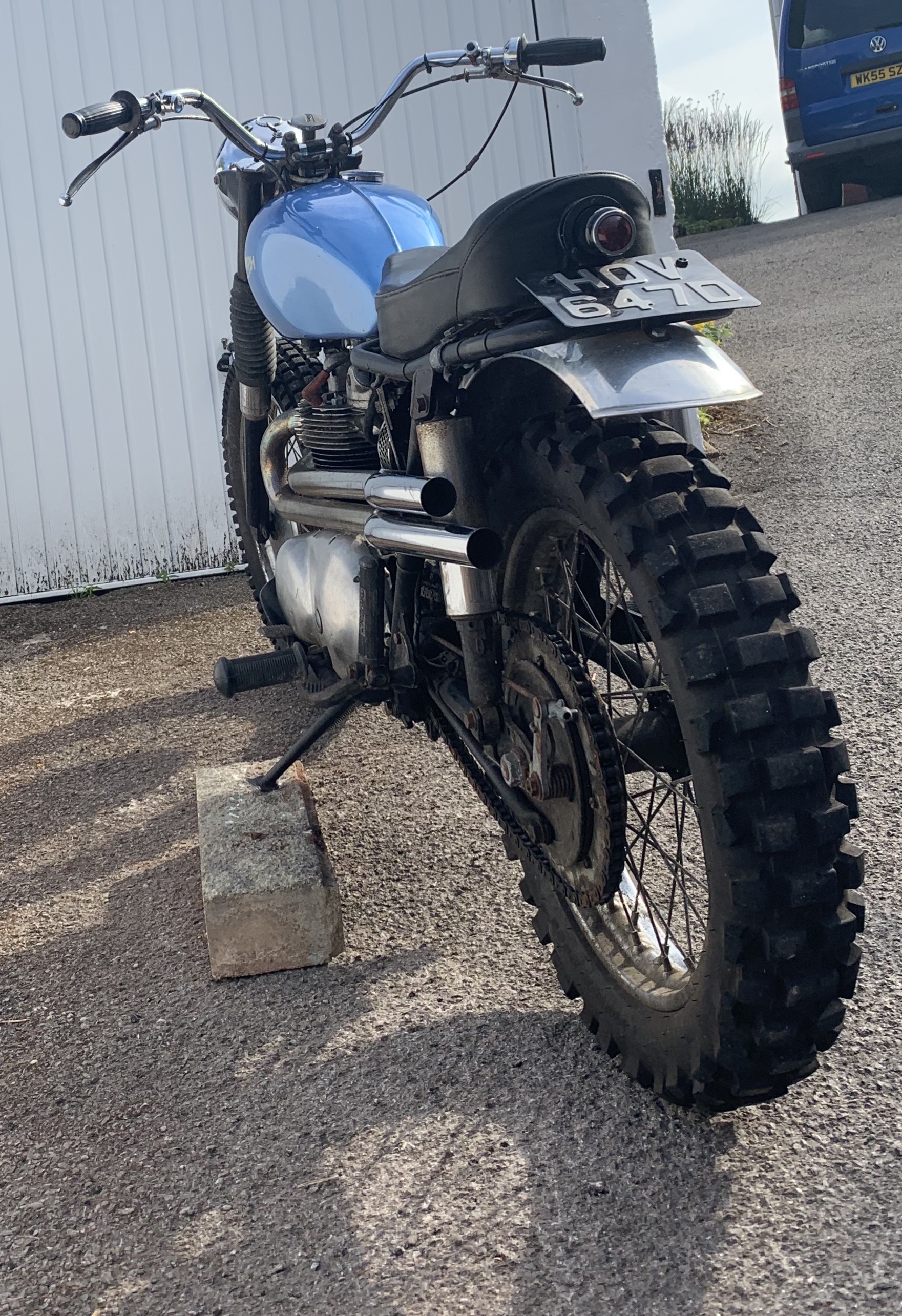 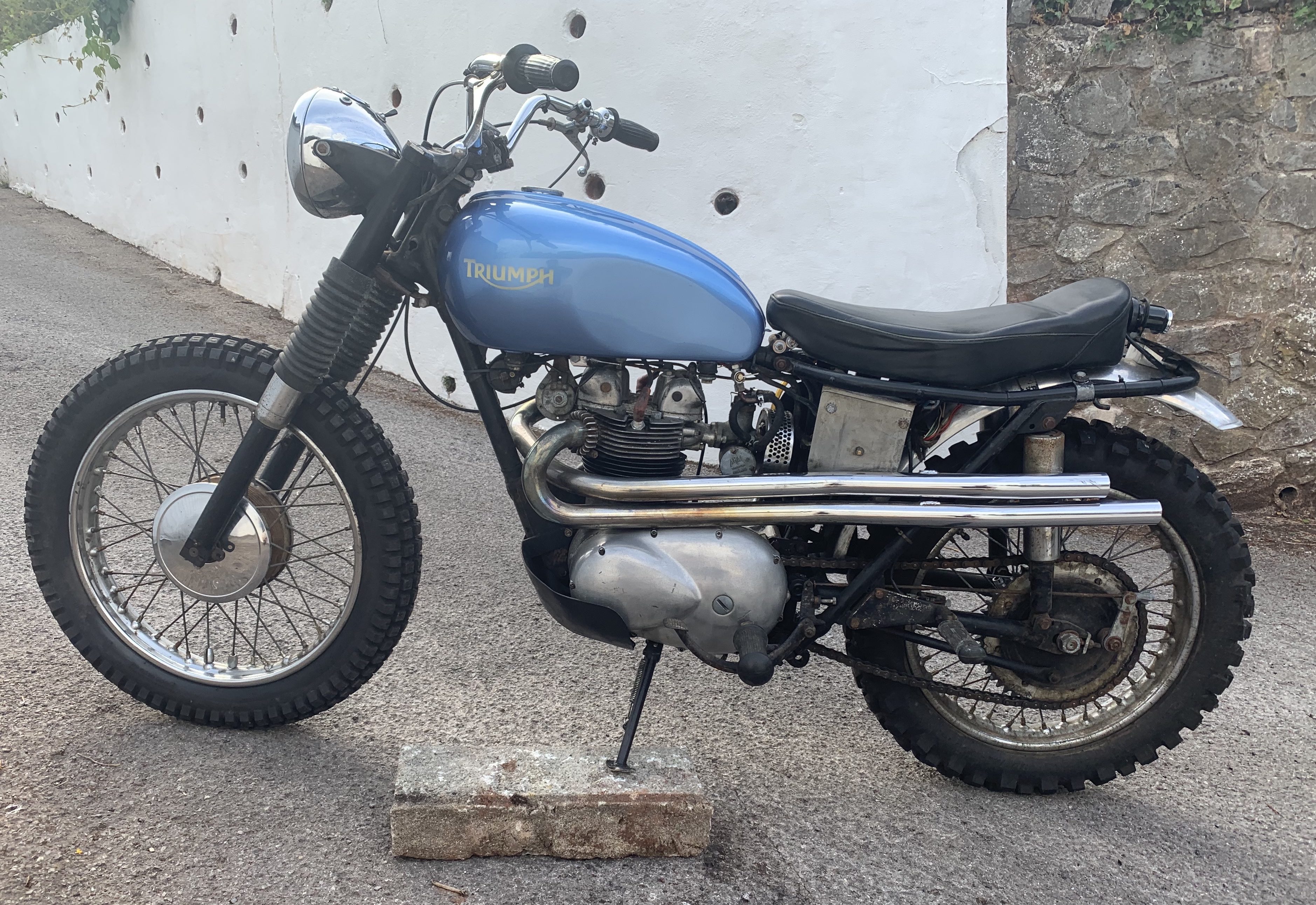 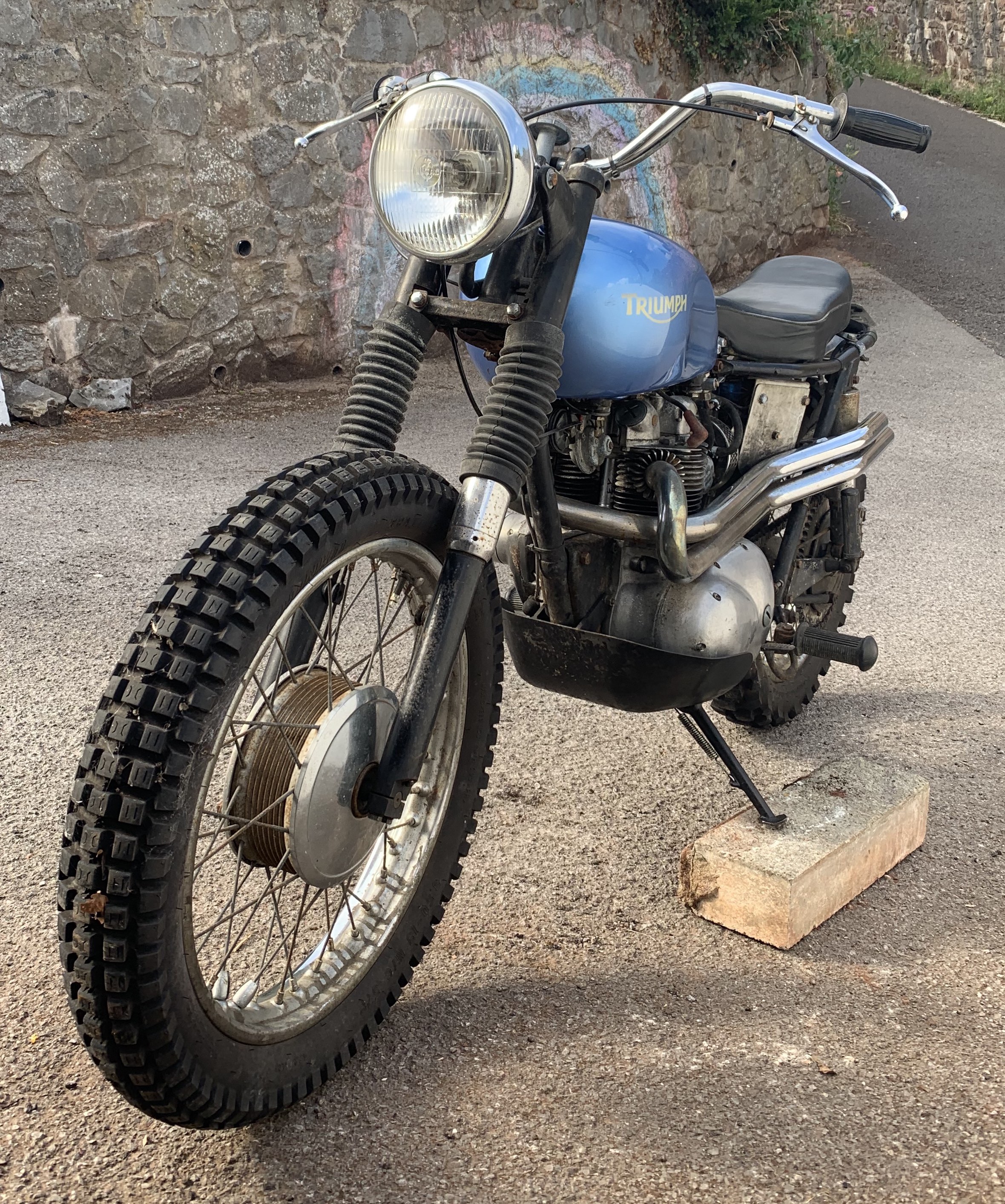 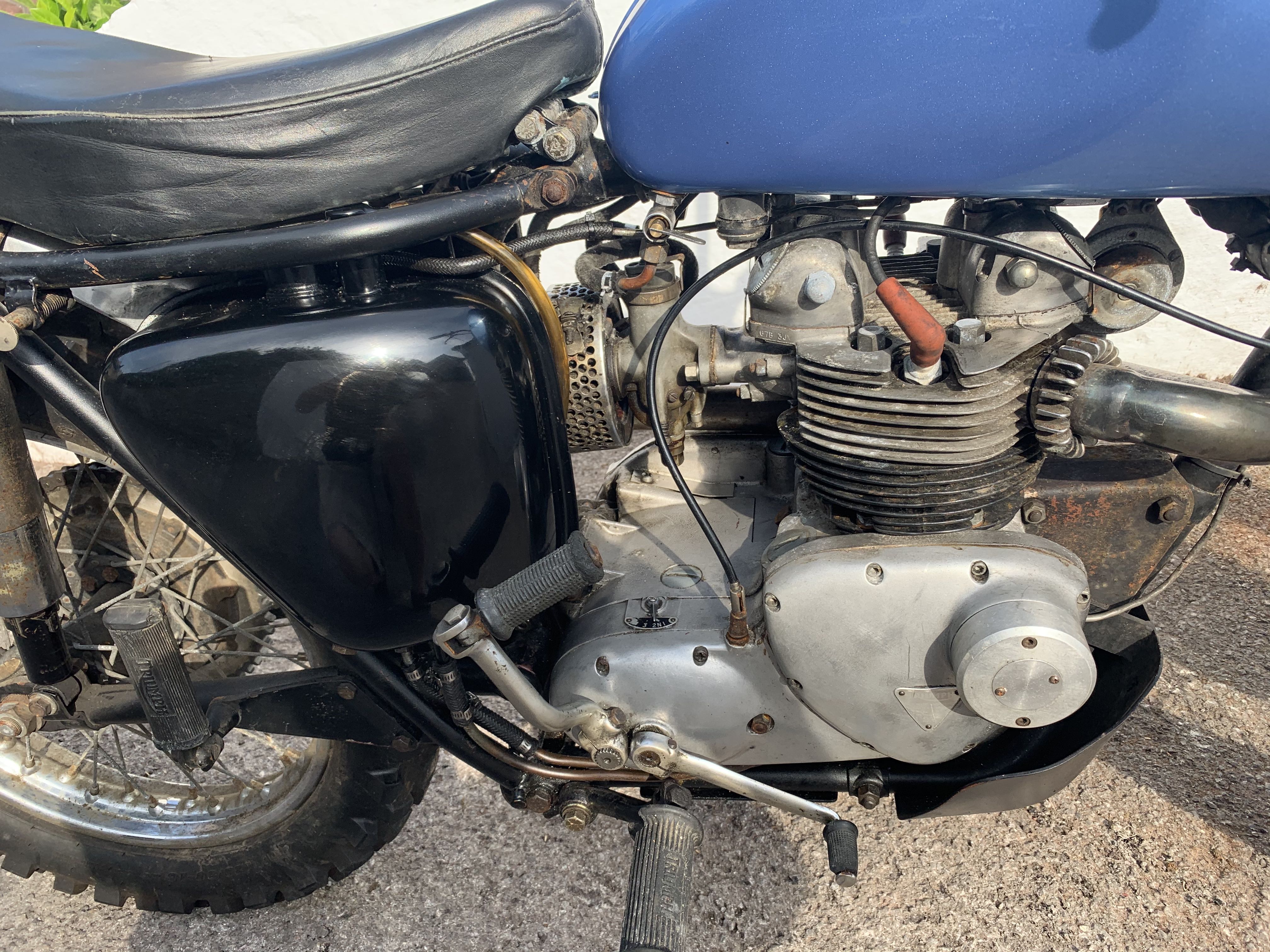 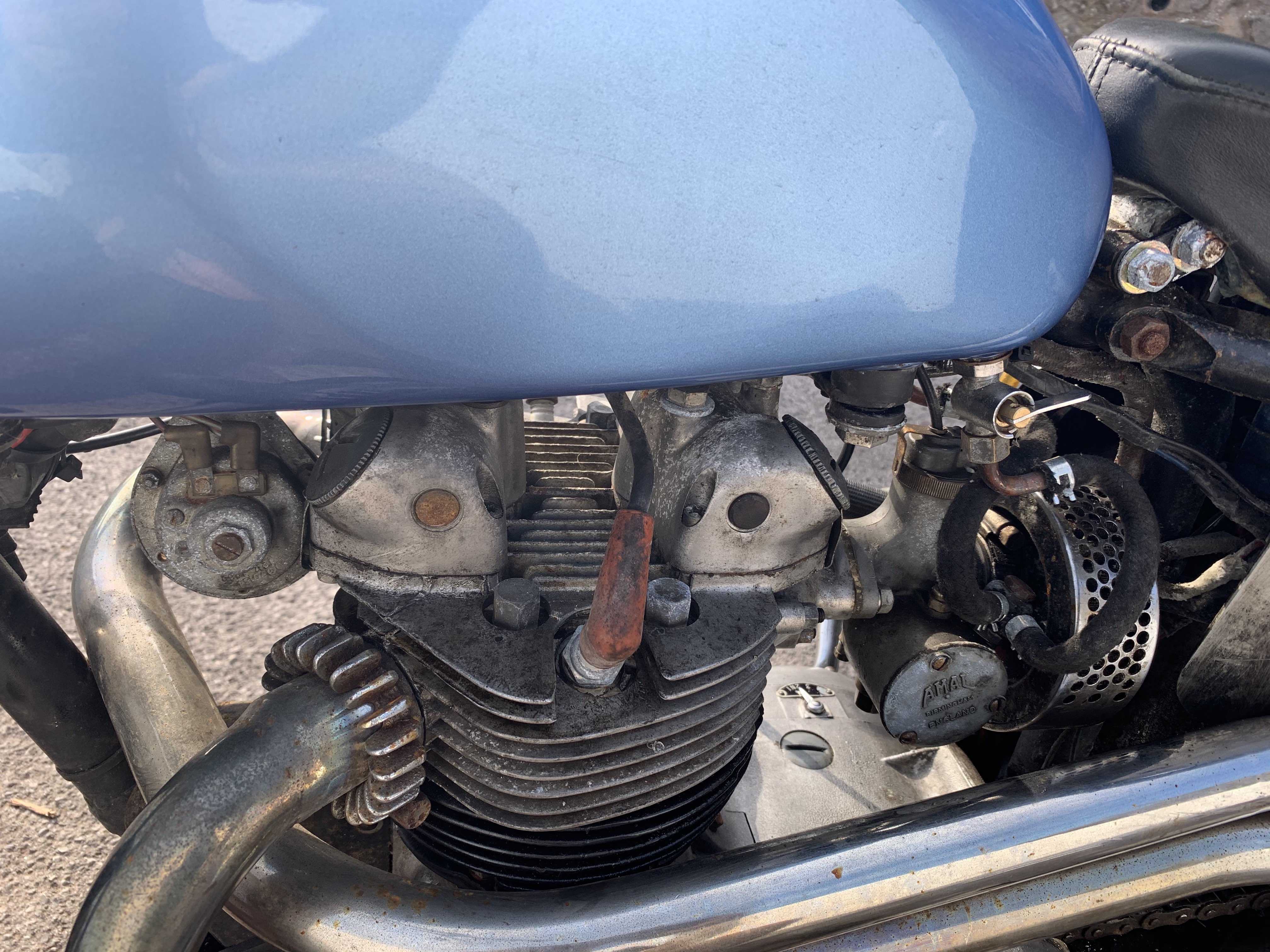 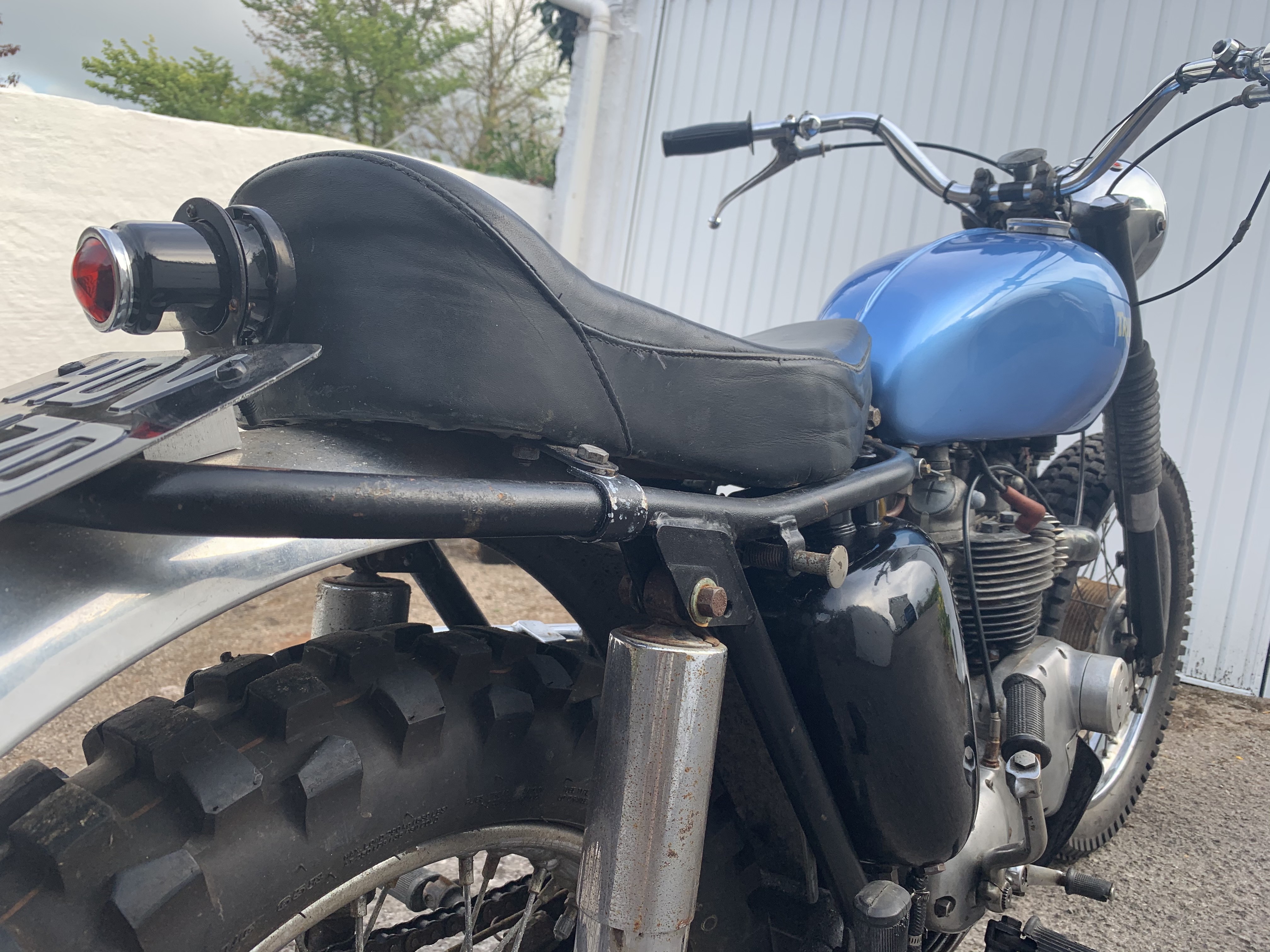 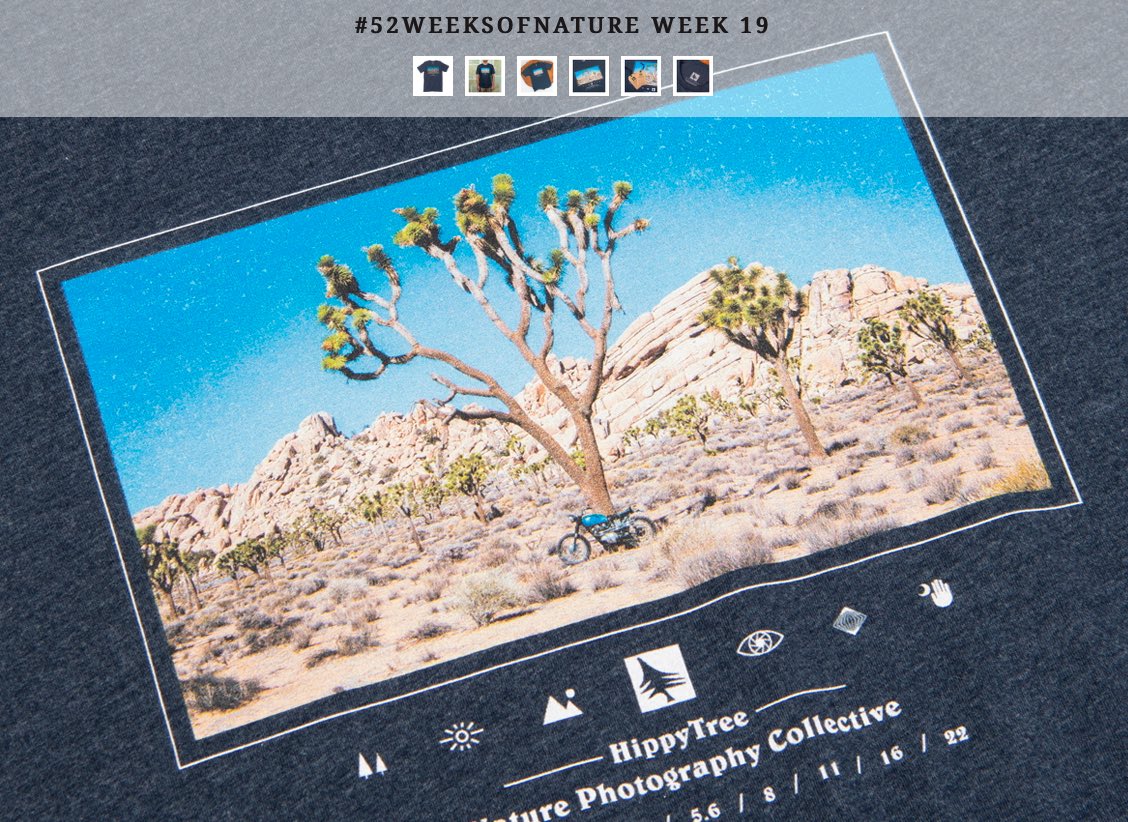 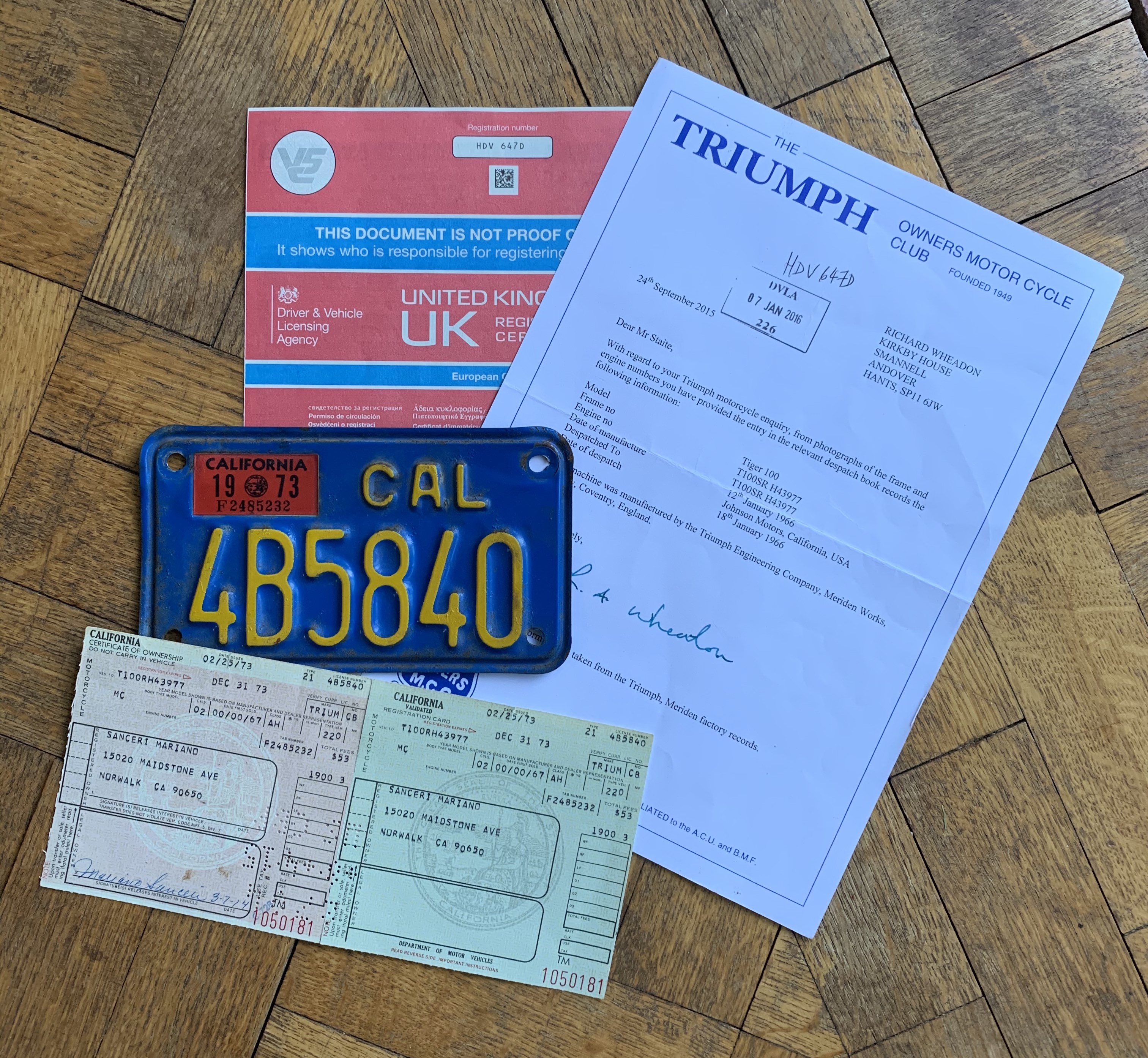 Manufactured in the Meridan factory on 12th January 1966 and exported to Johnson Motors 6 days later this bike was repatriated on July 2015 and has been riding on an histroc V5 since.

Believed to have been converted to Dessert Sled spec in the early 70's, this bike was originally used as a Dessert Racer's practice bike. This is when it got fitted with the Original Bates seat and Bud Ekins pipes. Decades later it falls into the hands of the Iron & Resin team who sorted out the mechanicals and added a rear guard and light to make it road legal again. They used it for many years for ride outs and promo work until other bikes won favour and it was left in storage in the back of the I&R warehouse in Ventura.

This is where I found it. Gathering dust in the back of their warehouse icovered in a numebr of boxes and a whole load of dust. A large number of emails and phonecalls later and it's in a container and making its way back to England.

Once here it was registered and handed to my local indy moto shop where the old boy gave it a good once over, a top end rebuild and a new clutch.

It's been used occasinally ever since but it doesn't get ridden as much as my Bonnie and it's really time that someone else enjoyed the instant smiles that riding this machine guarantees!