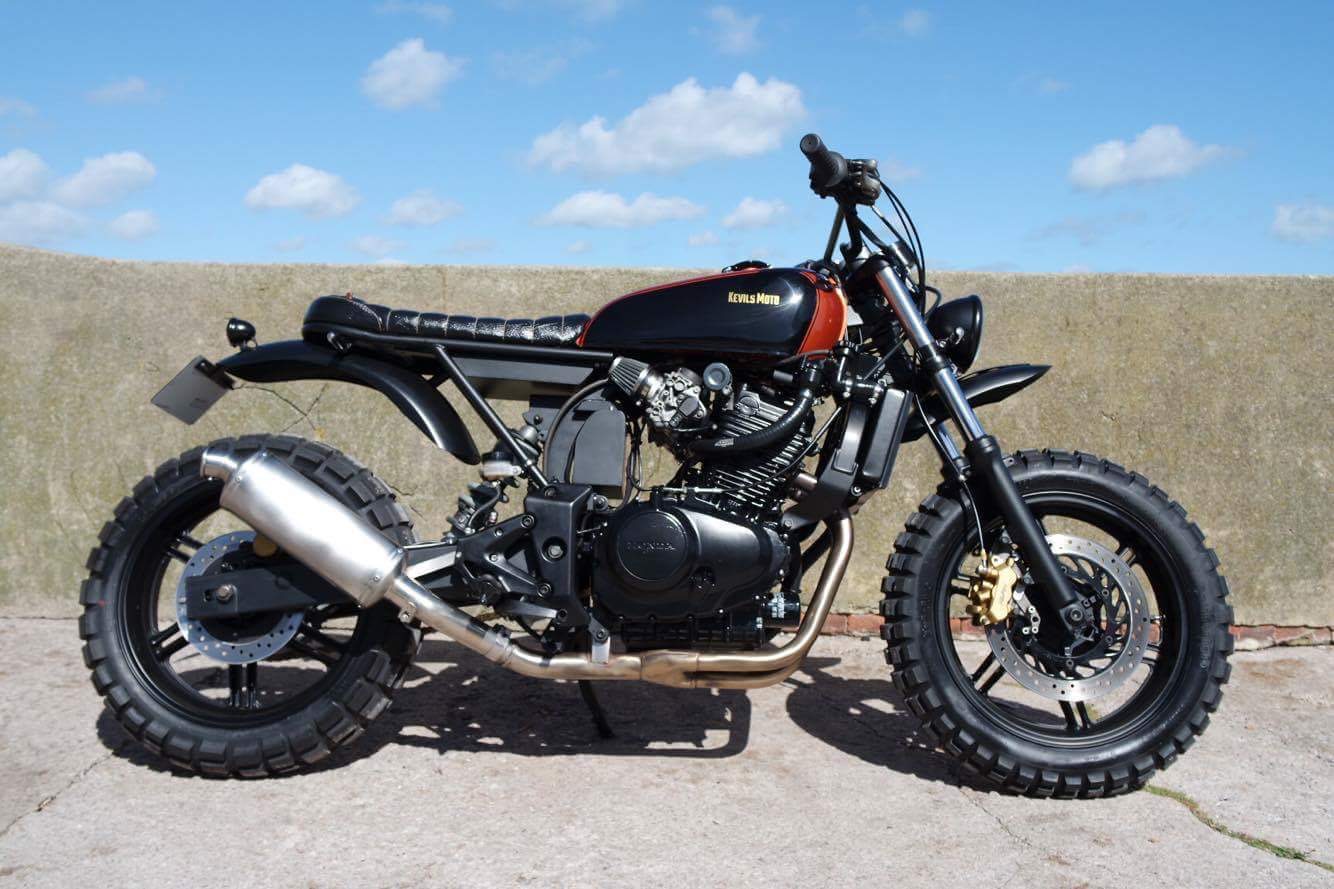 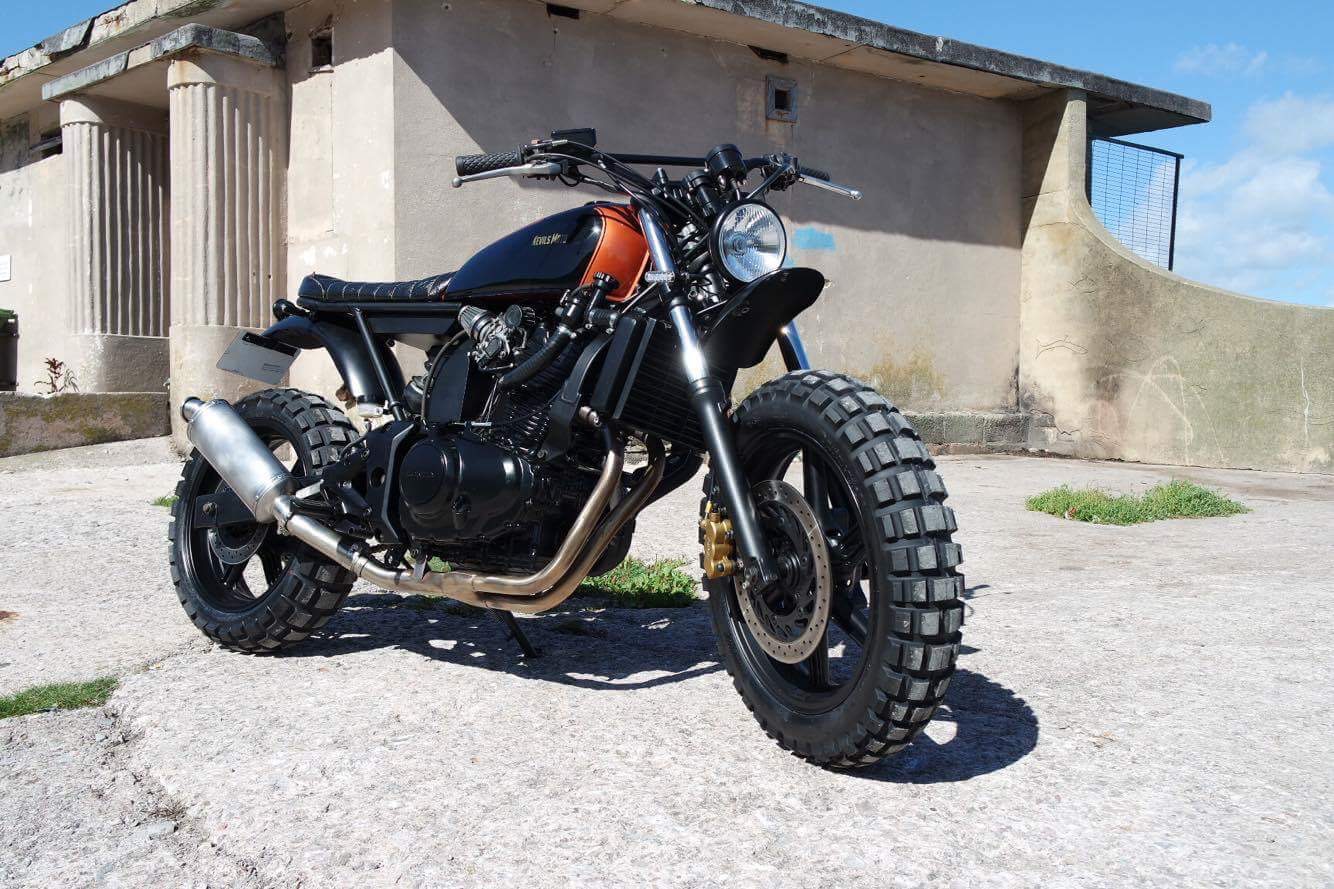 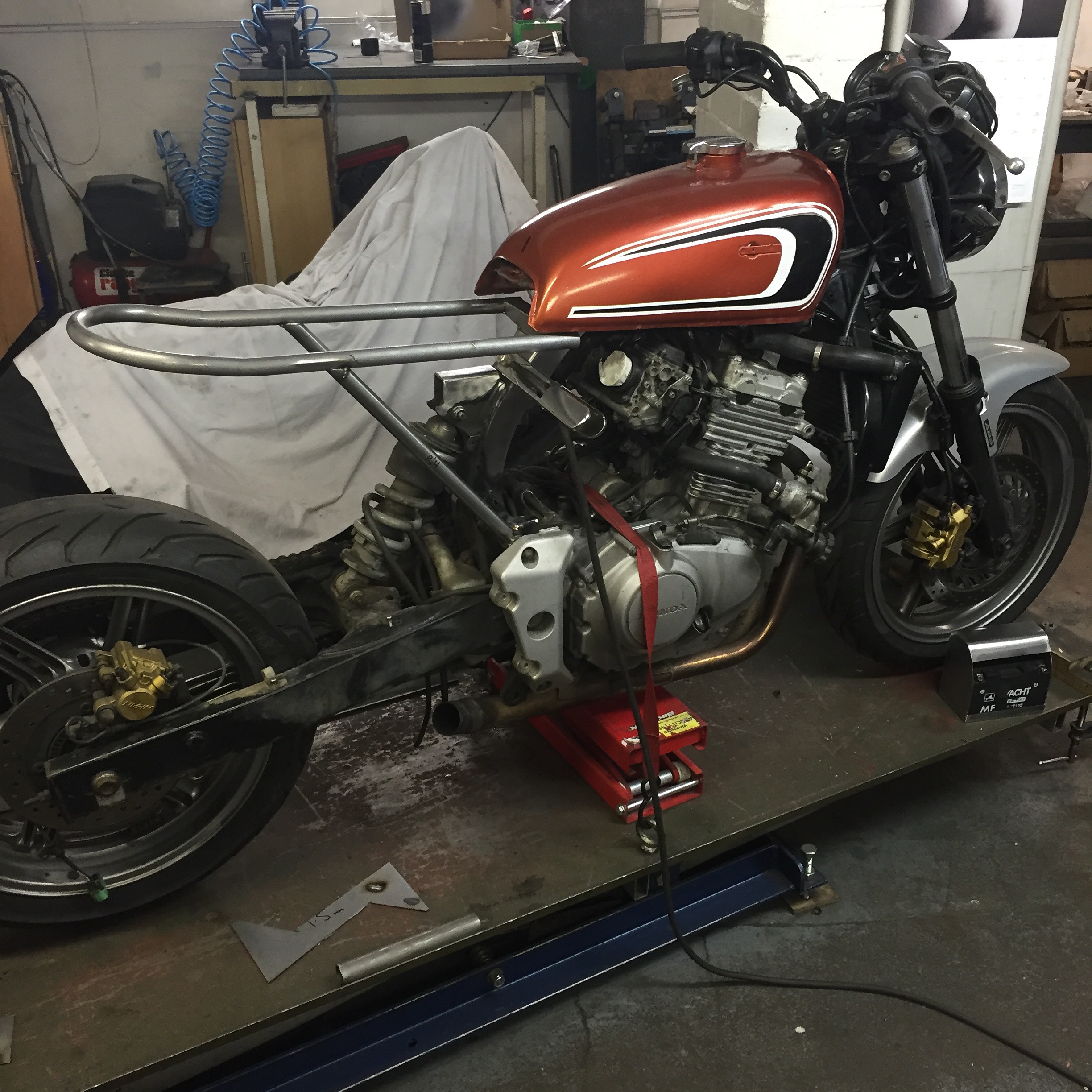 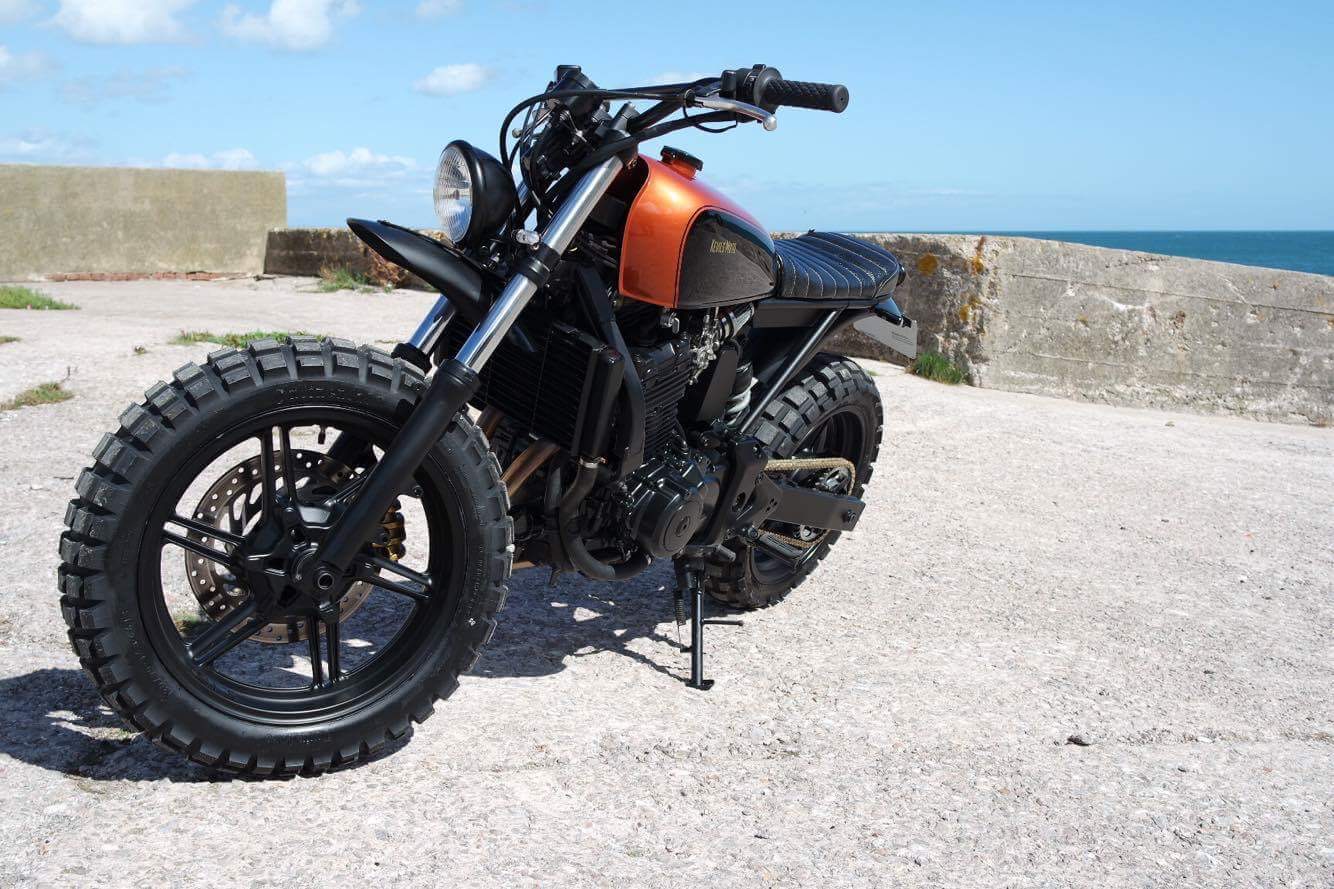 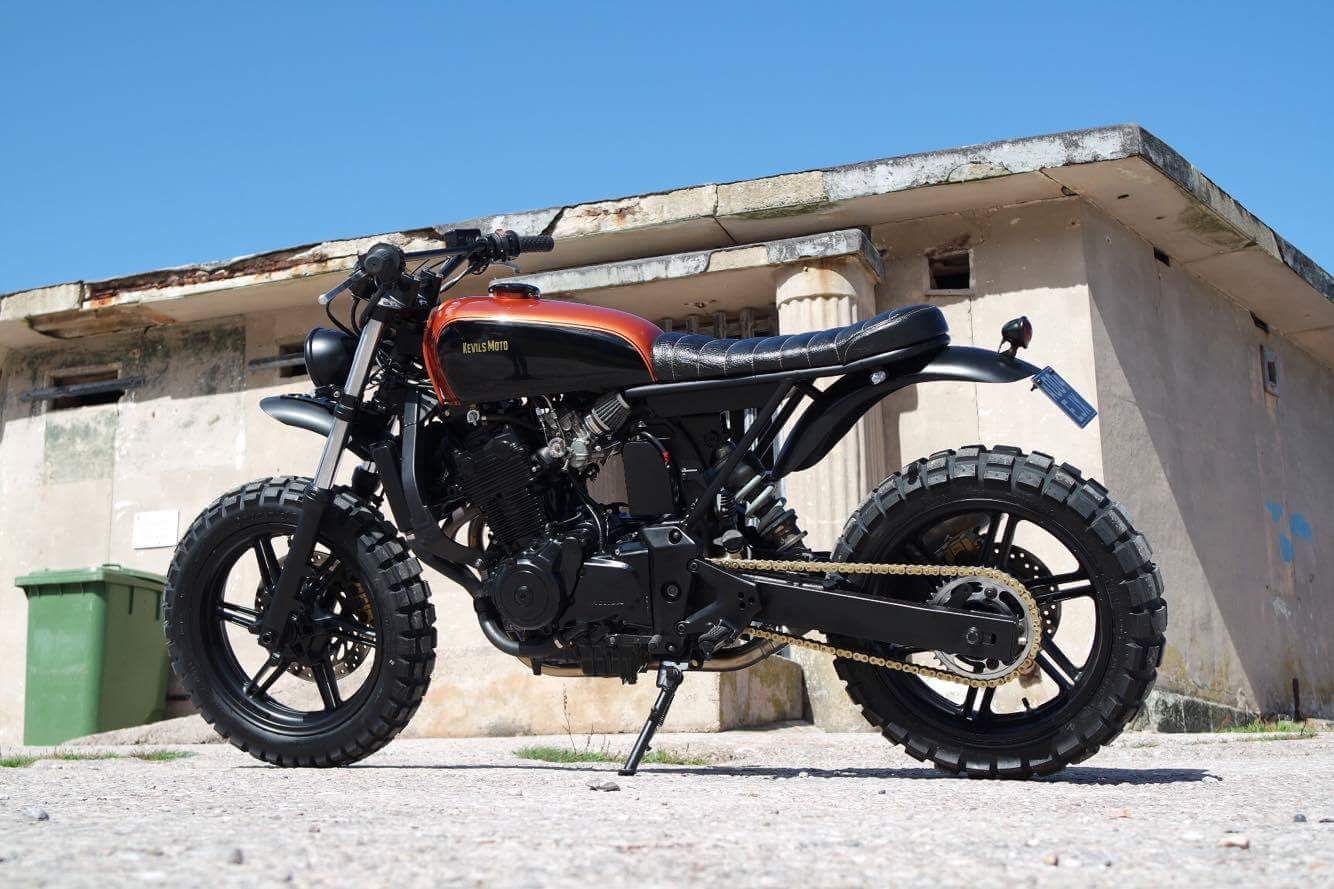 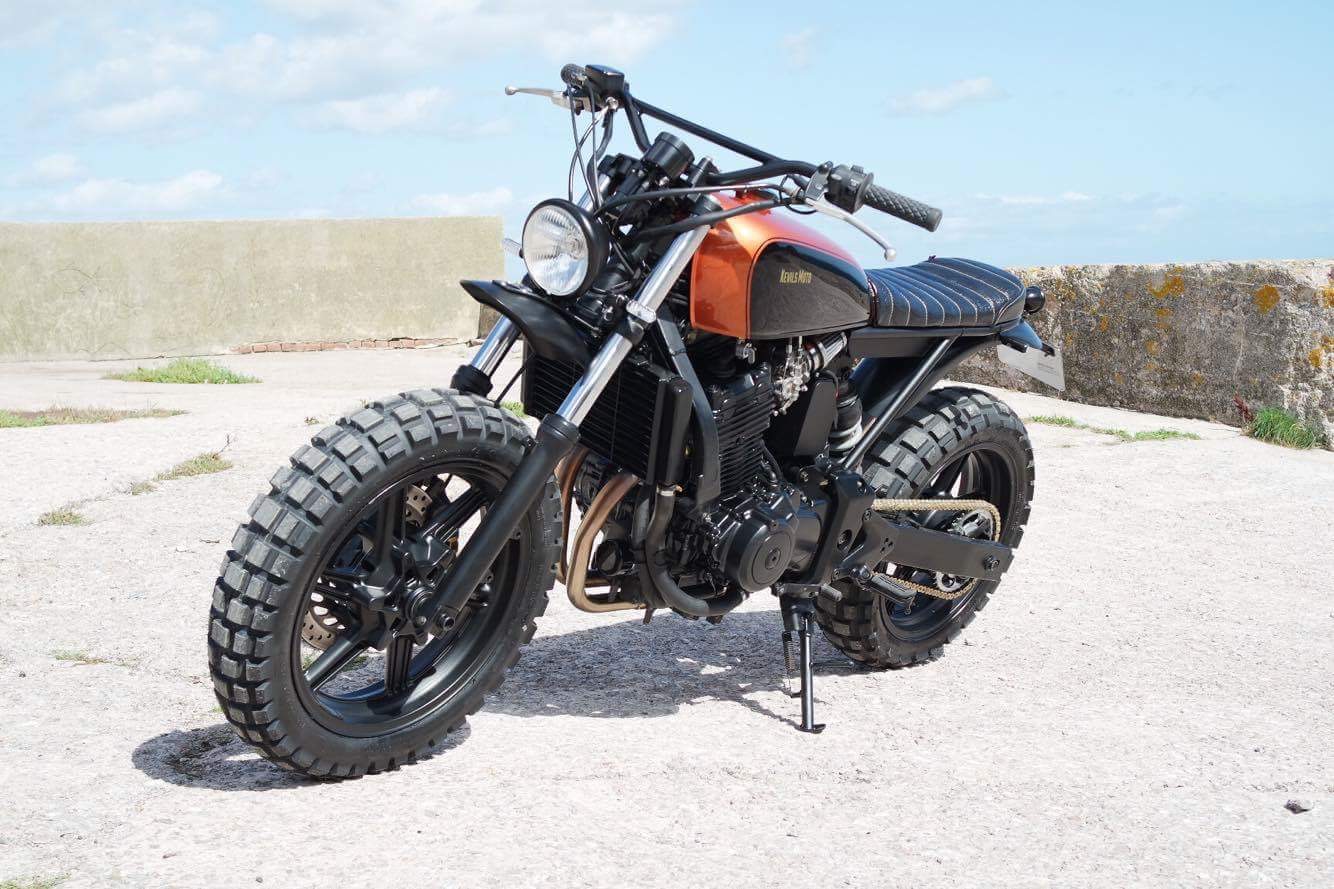 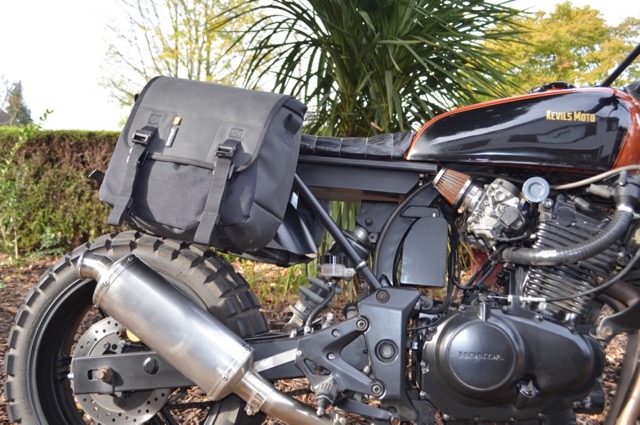 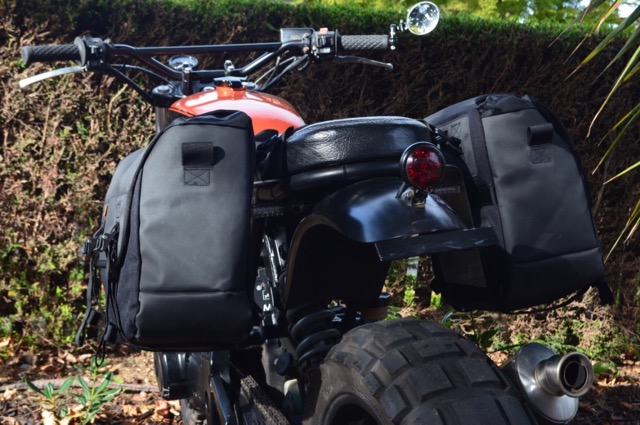 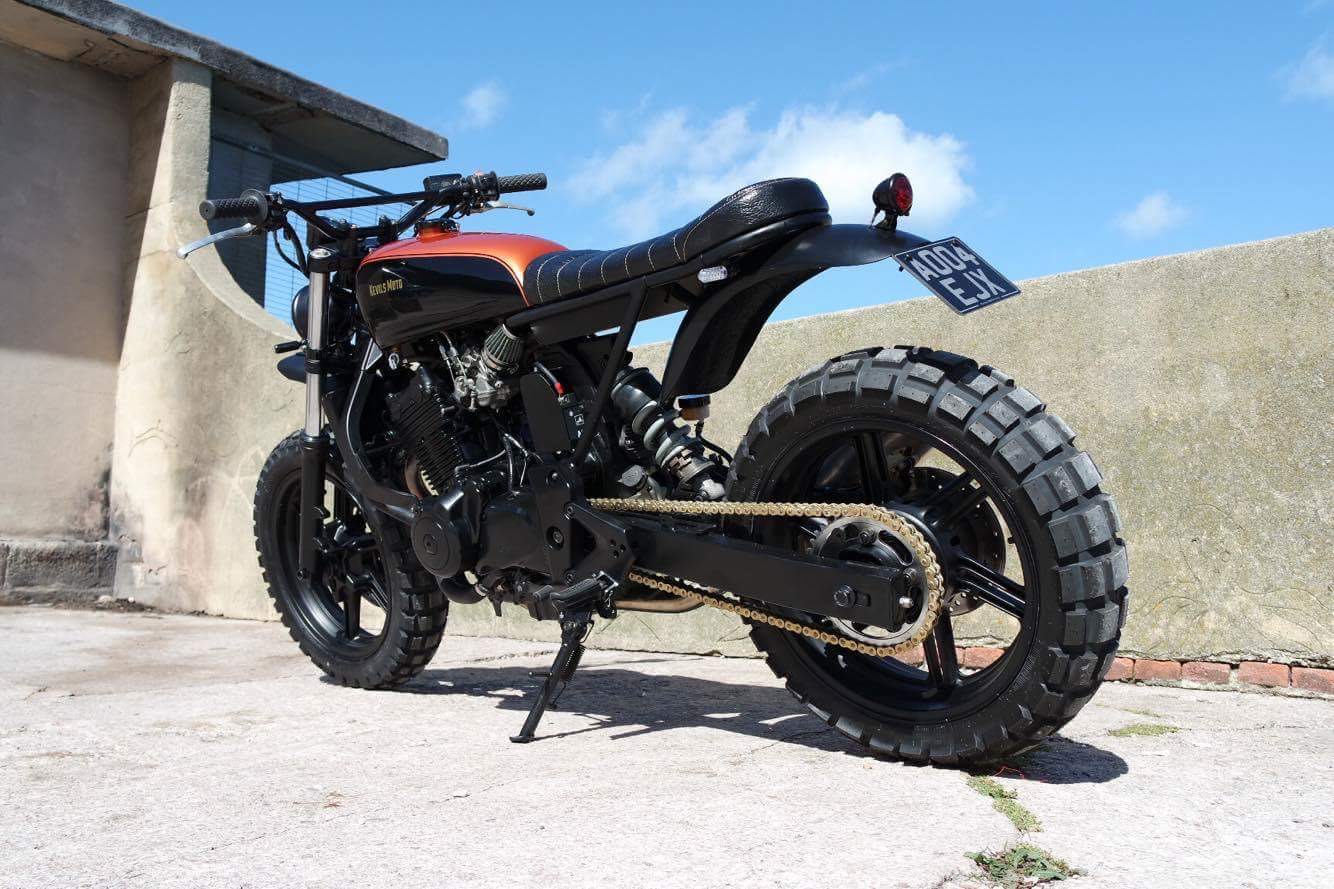 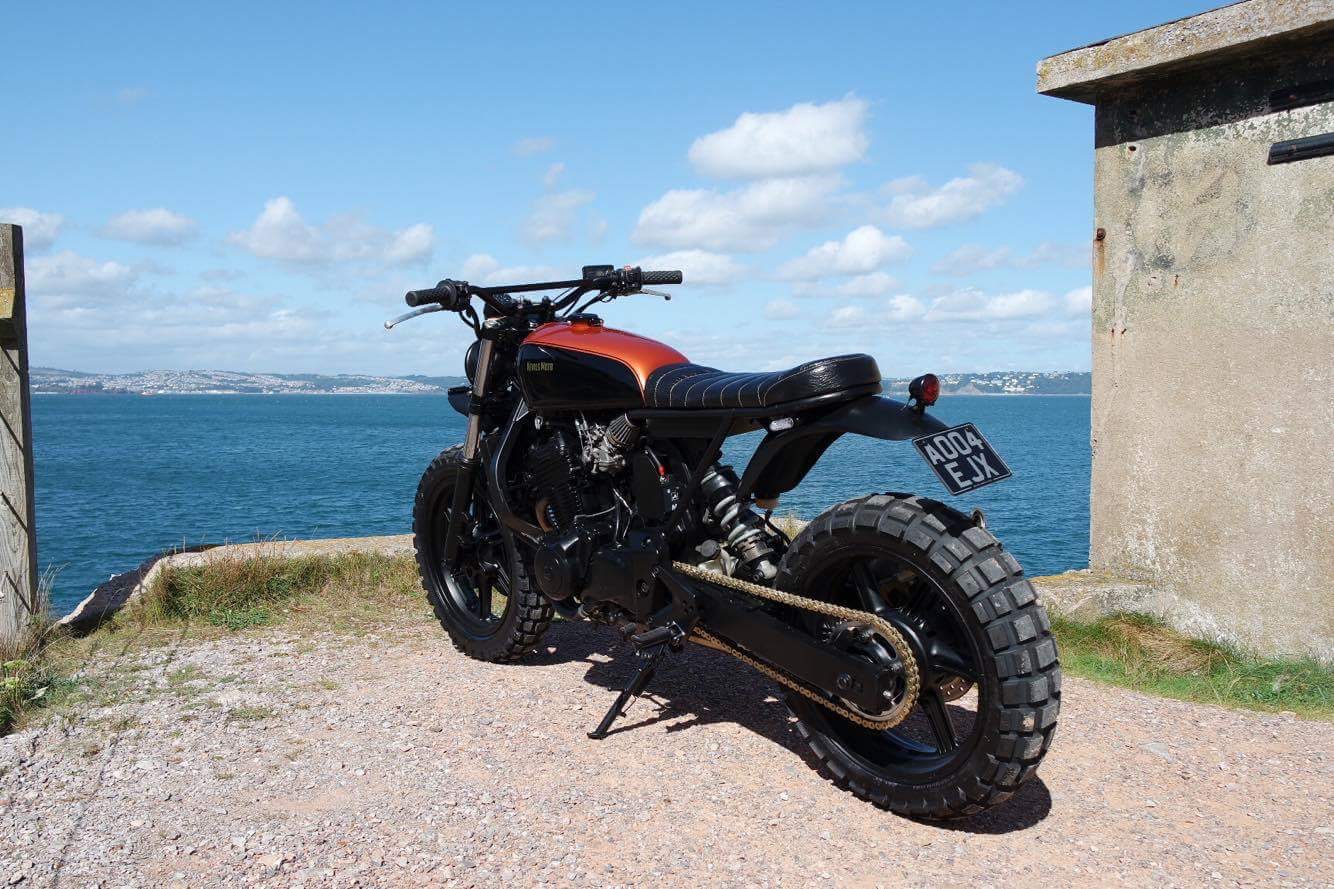 I am selling ULEZ compliant Kevil's #15 which I commissioned from Kevil's Speed Shop in 2016. It is based on a 2004 CB 500F twin and has proved to be a great bike. It is huge fun, very capable and has been utterly bomb-proof despite having some big challenges thrown at it.

Most notably, in 2017 I completed the inaugral Great Malle Rally from the Castle of Mey (even farther north than John o'Groats) to the Lizard penninsular near Land's End. The route, which was far from direct, comprised c. 1,300 miles, in four days, mostly in pouring rain. My bike didn't miss a beat and it has been utterly reliable throughout the four years since it was built and I have owned it.

I have covered 4,200 faultless miles on the bike, in all weathers. It has only required minor maintenance, oil changes, oil and air filters, etc. and has sailed through every MOT. I did have the fork seals replaced in 2019 as one developed a small leak.

The most significant replacement I have had to make was the original leather seat cover which never recovered from the Great Malle Rally and the incessant rain. Despite being loaded with Renapur it was just never the same and, about 18 months ago, Stan Leather kindly repacked and recovered the seat in less attractive, but way more practical vinyl.

Amongst the pictures you will see one from part-way through the build in Kev's workshop. You will also see a picture from the 2016 DGR alongside none other than Dutch himself.

Until very recently I hadn't been planning to sell the bike but a trip on the Trans European Trail is being planned for 2021 (hopefully we will be able to travel unhindered by then) and I need something a little more dirt-focused. As I have other bikes I need to create some space and I need to find #15 a good home.