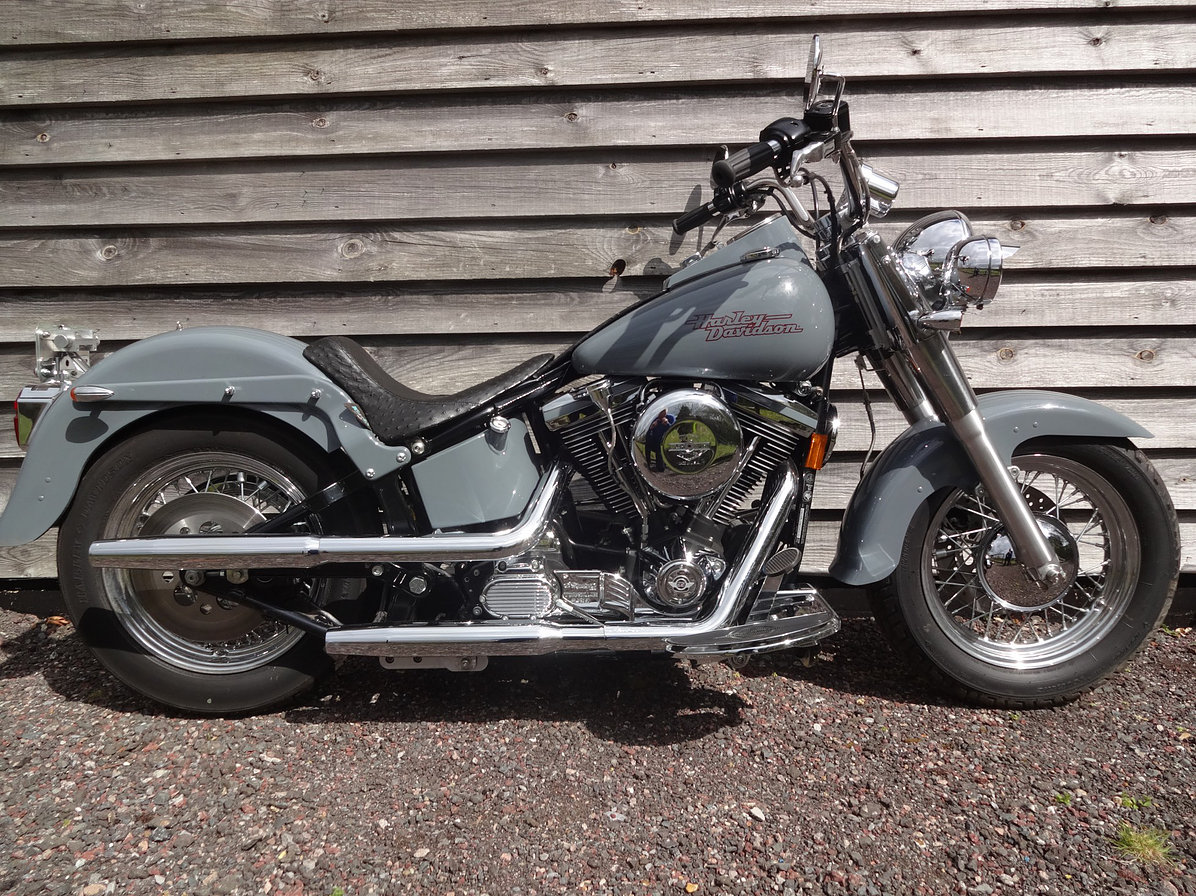 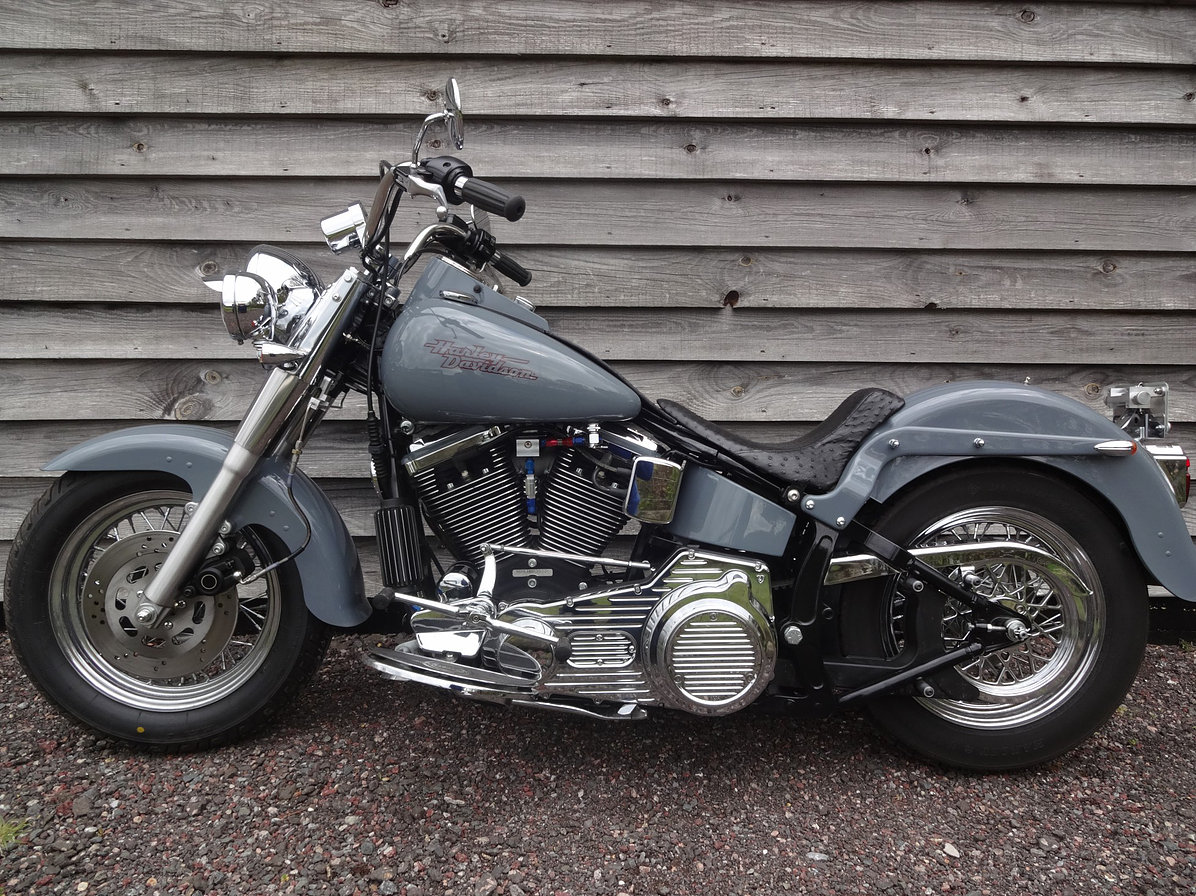 Registered in 1998 in the US, it spent its first 8 years in Las Vegas and Montana and was shipped to the UK and registered in 2016.  22 years old, but with only 27,000 miles this is a superb example of a classic Harley which has also had many improvements added.

Originally a 1340cc, the bike was upgraded in the US to a 1600cc, had an oil cooler fitted, a number of bespoke aluminium fittings engineered and fitted and given a smart set of custom exhaust pipes.  At some stage in the US it was given a custom grey paint job.

It currently has a Corbin leather solo seat and luggage rack fitted, but it also has a custom adjusted twin leather seat which replaces both.  Turn indicators have been replaced with LED, headlights have been upgraded, new footboards and it has a removable Harley windscreen.

Reluctant sale due to a move to France where it is too costly to convert it to meet French transport regulations.