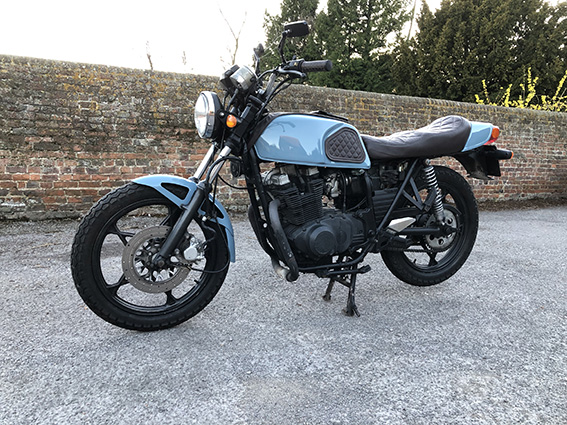 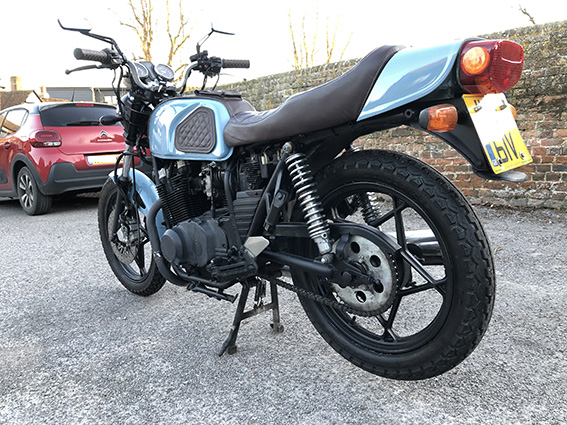 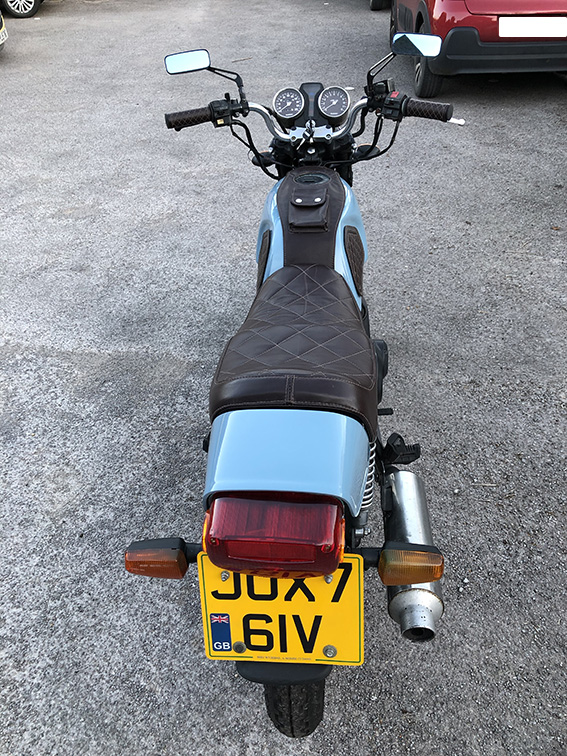 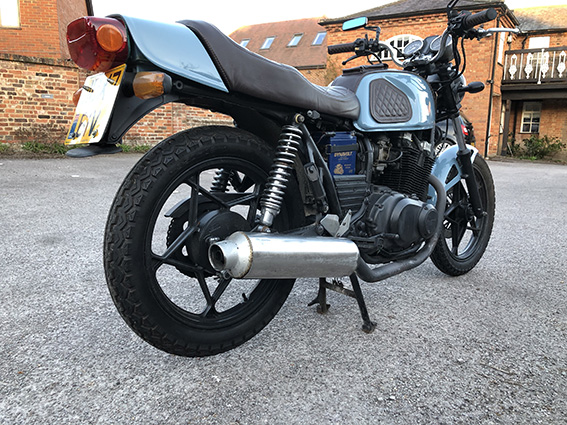 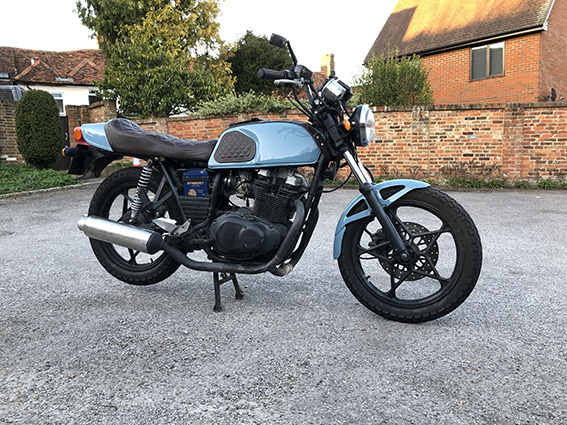 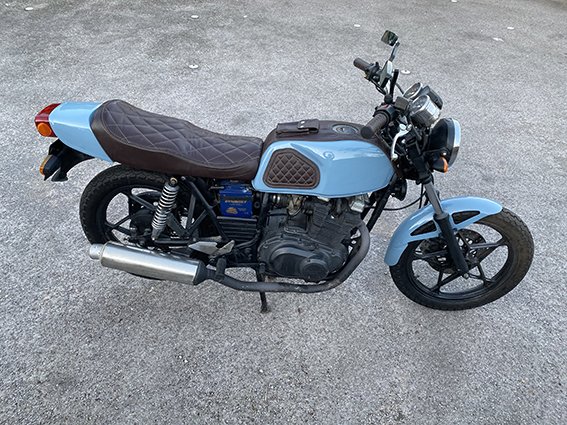 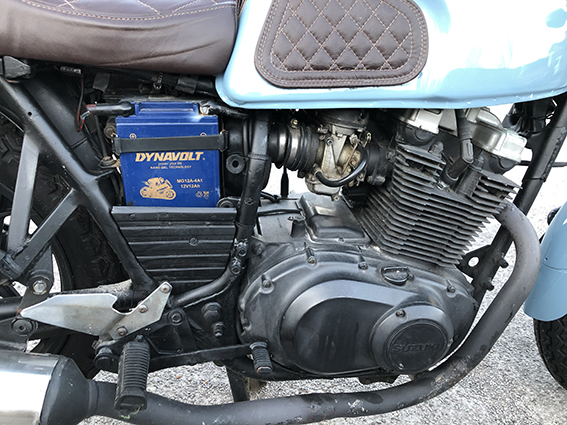 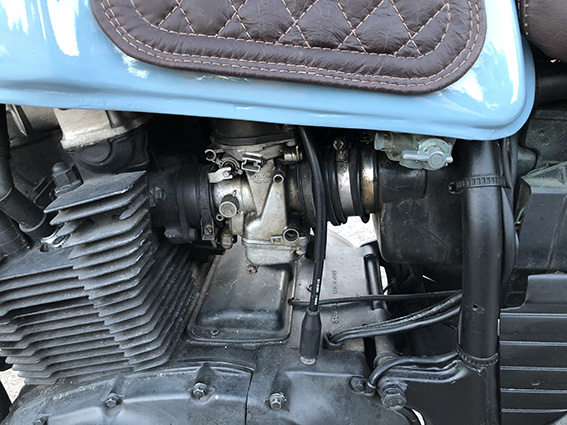 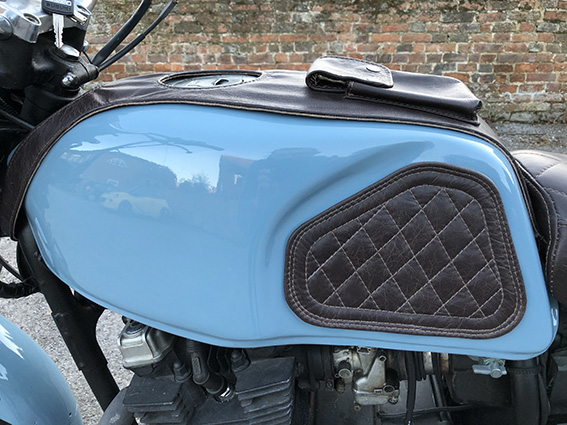 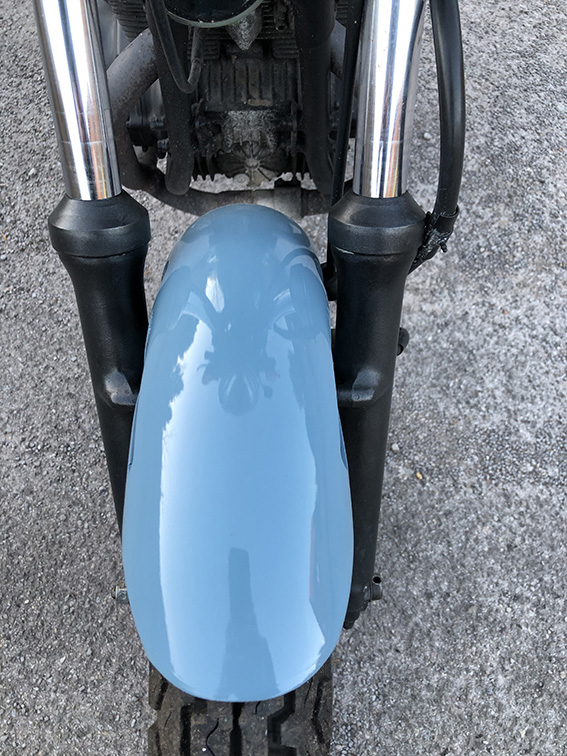 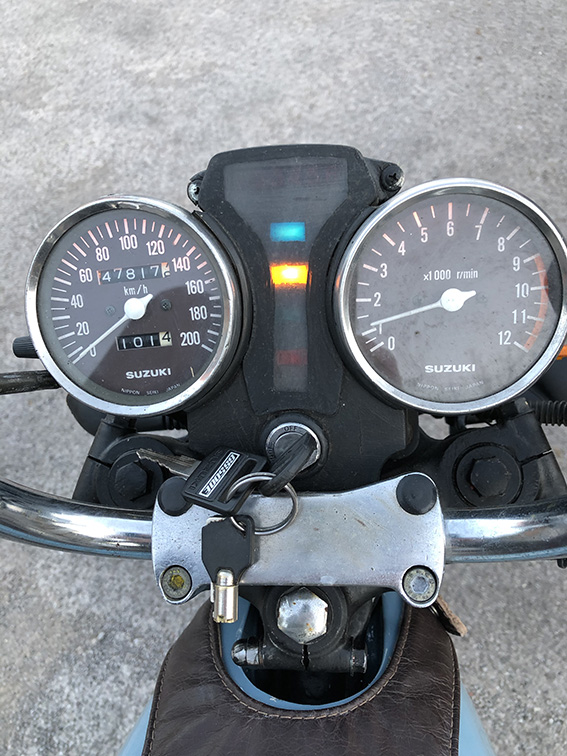 A lot of story behind the scene, so let me start from the beginning.

In 2006 our neighbour purchased GS 500E with 6000 km on the clock from Germany.  He hasn't enjoyed too much of his bike when his employee jumps on the bike and crashed, so another neighbour from our community bought it from him. He thought that having the worthy engine and Suzuki GS 450, he could create a great bike, so he started modification. The idea was brilliant but unfortunately, due to a health issue he couldn't drive anymore, so my father in law purchased from him.

He got it for almost 12 years driving just to do MOT and service if needed, so I decided to take it from him and put a new life into it.

I imported the bike in March 2020, then I used a little slot during the lockdown to put him into a garage and do what was necessary to do to allow the bike on the English road.

MOT has been passed (the only advice was the rear lamp, which I changed already) and tyres changed. The only issue that during an MOT they haven't converted km onto miles.

This is the only reason why I left the old odometer.

Our priority has changed, so everyone has to sacrifice something.

If you interested drop me a message and I can send you a video.