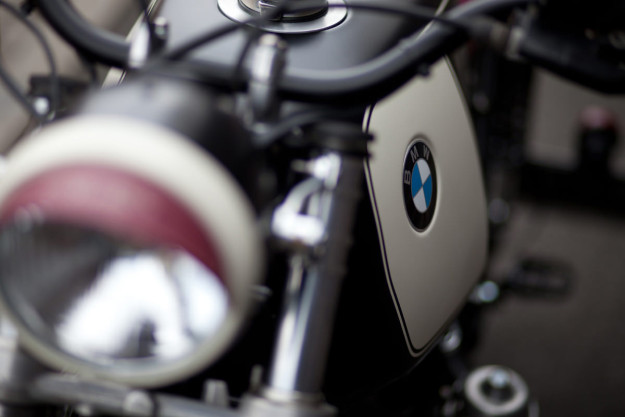 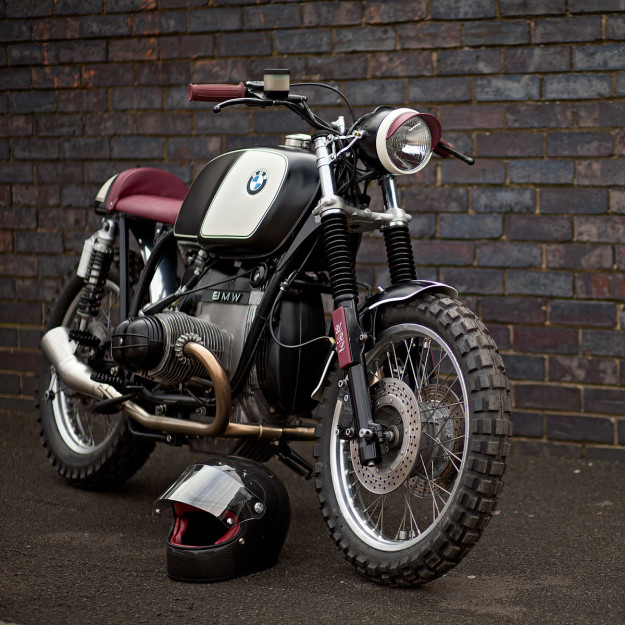 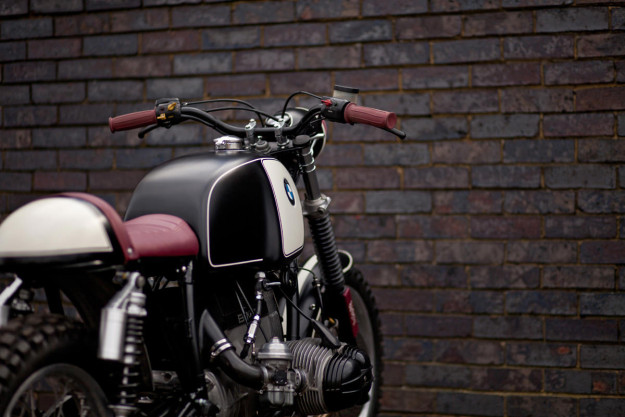 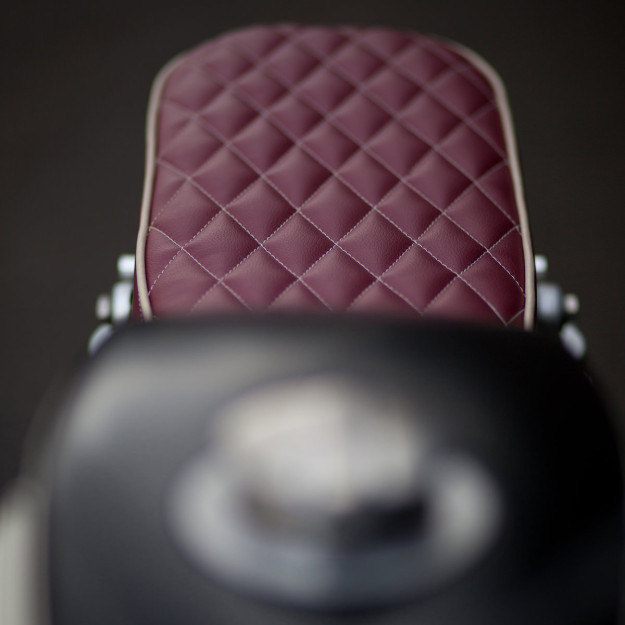 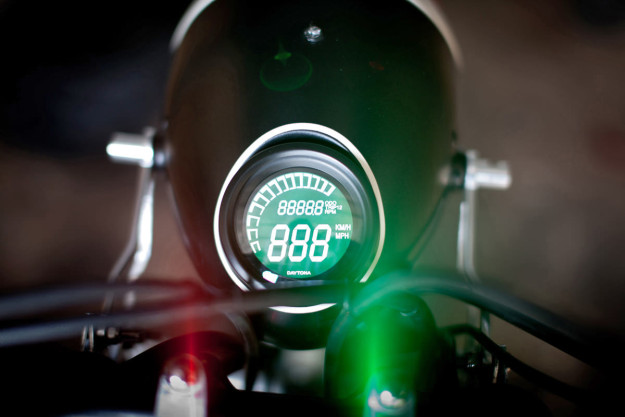 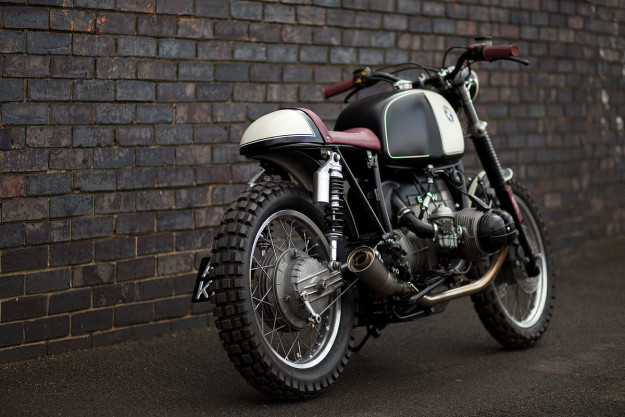 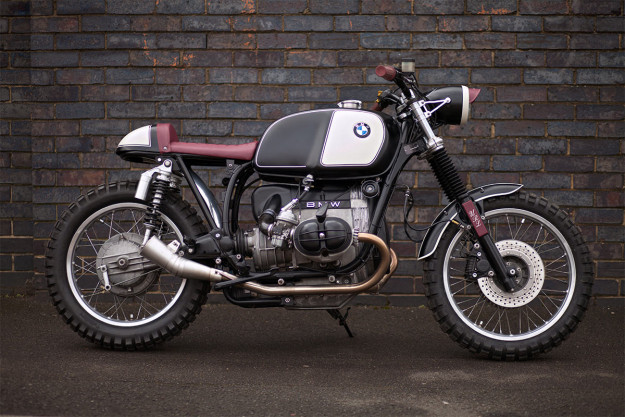 OXBLOOD: URBAN RIDER’S BMW STREET SCRAMBLER It’s not often that a color inspires a bike build—and certainly not a color such as ‘oxblood.’ But that’s how this BMW police bike came back to life. After an engine rebuild in the mid-90s, it was decommissioned and put into storage for 18 years. Then Will Starritt of the London motorcycle gear store Urban Rider spotted it—and decided to press the BMW back into service.
“The idea was to explore the proliferation of the word ‘oxblood’,” he says. “I’d never heard that word until last year, when we saw several leather products using it as a color description—such as Roland Sands jackets.” It turns out that ‘oxblood’ doesn’t literally mean staining leather with the blood of a beast: it’s a traditional color that caught a second wind around three years ago, being a burgundy with an extra hint of dark brown and purple.
Urban Rider may focus on selling gear, but Will and his business partner Andrew are confirmed petrolheads who enjoy building the occasional custom. So they took the R80 back to bare metal and started work, with the help of mechanic Len Harvey.
The bike is now sporting one-off stainless headers, a GP-style silencer, a modified sub-frame and a one-off single seat unit built by Lee at Viking. The seat unit can be removed and replaced with a twin seat, as shown below.
Other classy details include a Monza-style petrol cap, Renthal bars, a compact lithium-ion battery, a Daytona headlight and speedometer, and a stunning paint scheme by Willy at One Off Design.
It’s an elegant twist on the current vogue for ‘street scramblers’: German engineering with a dose of classic English style.