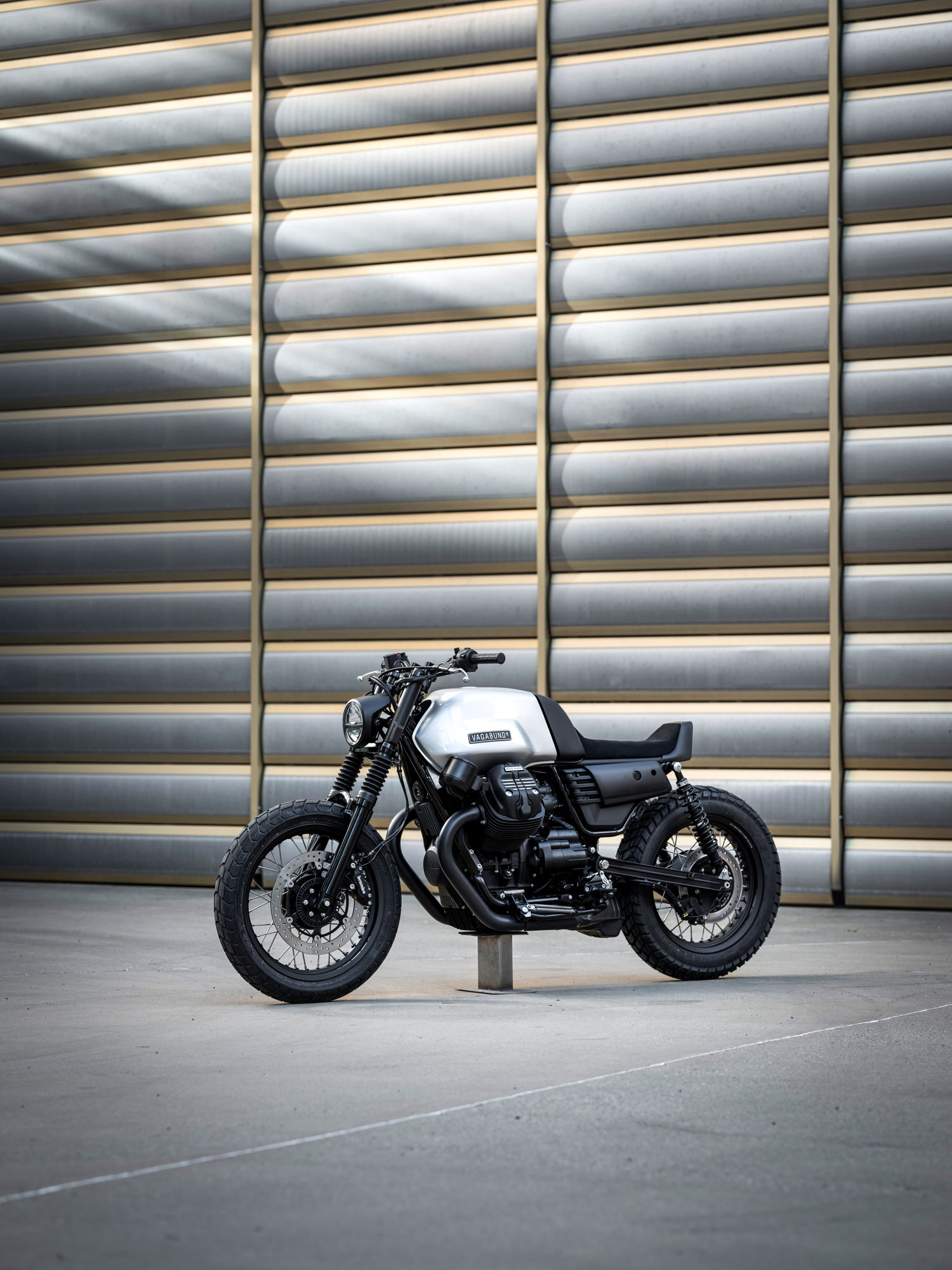 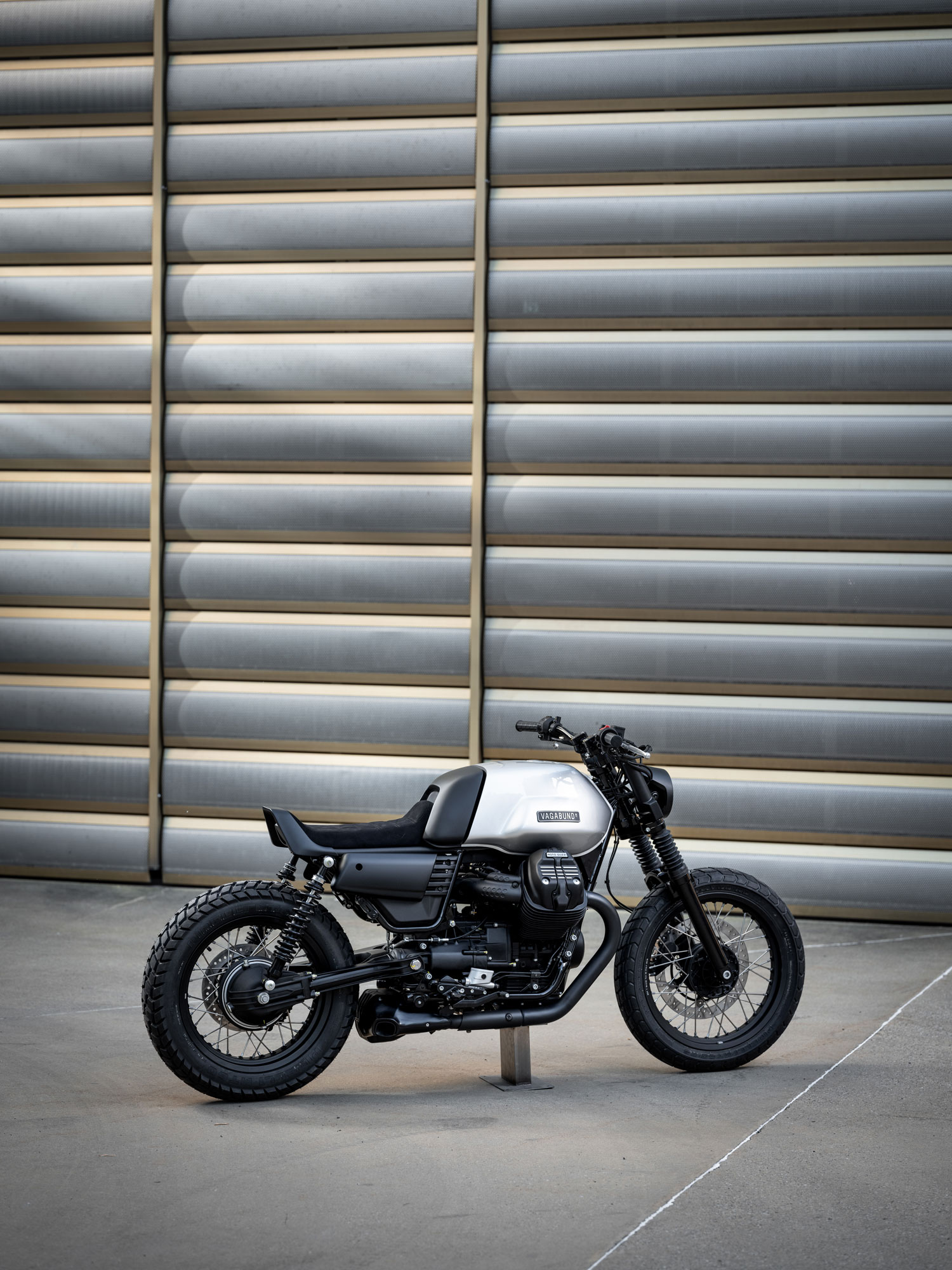 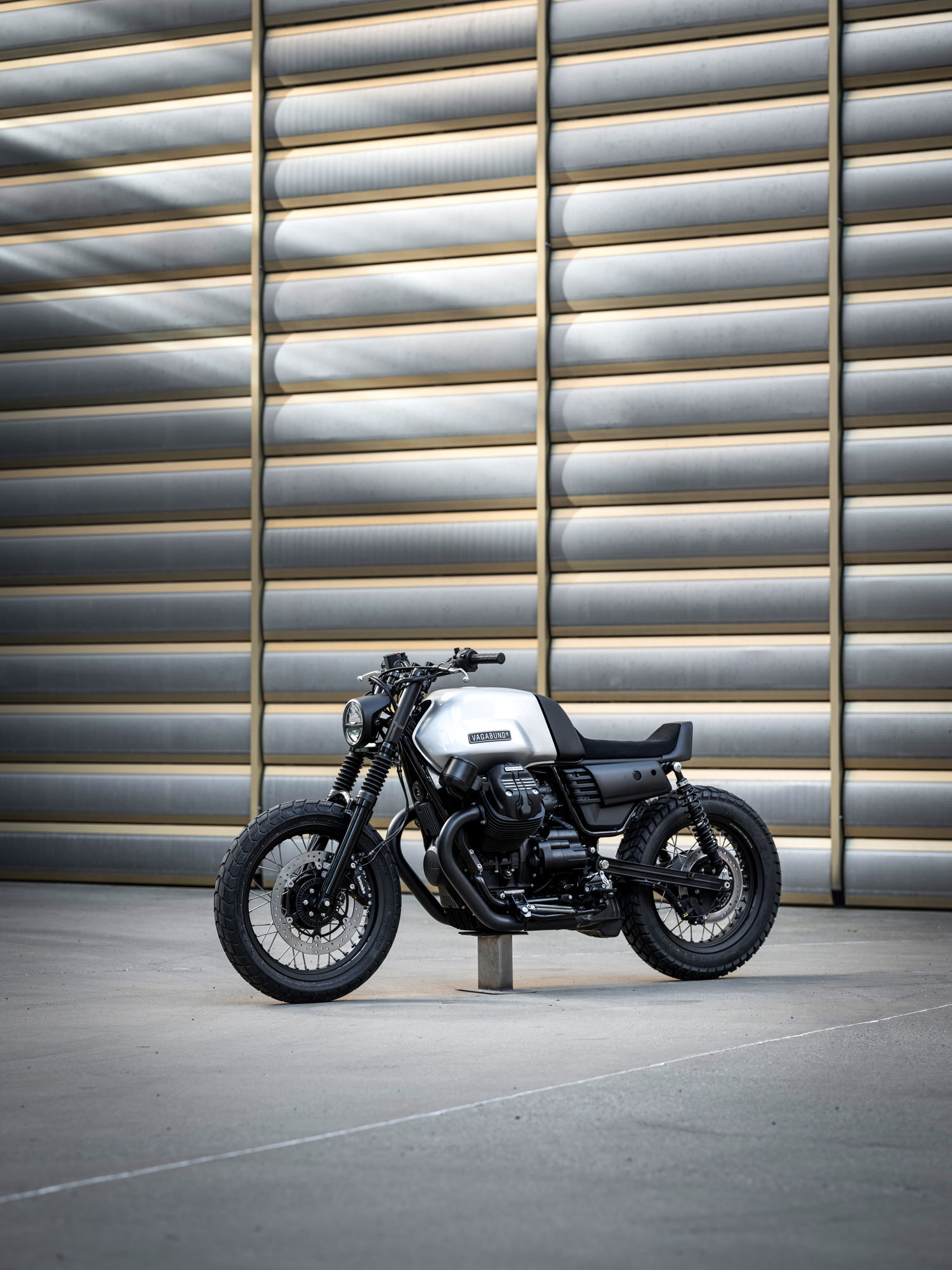 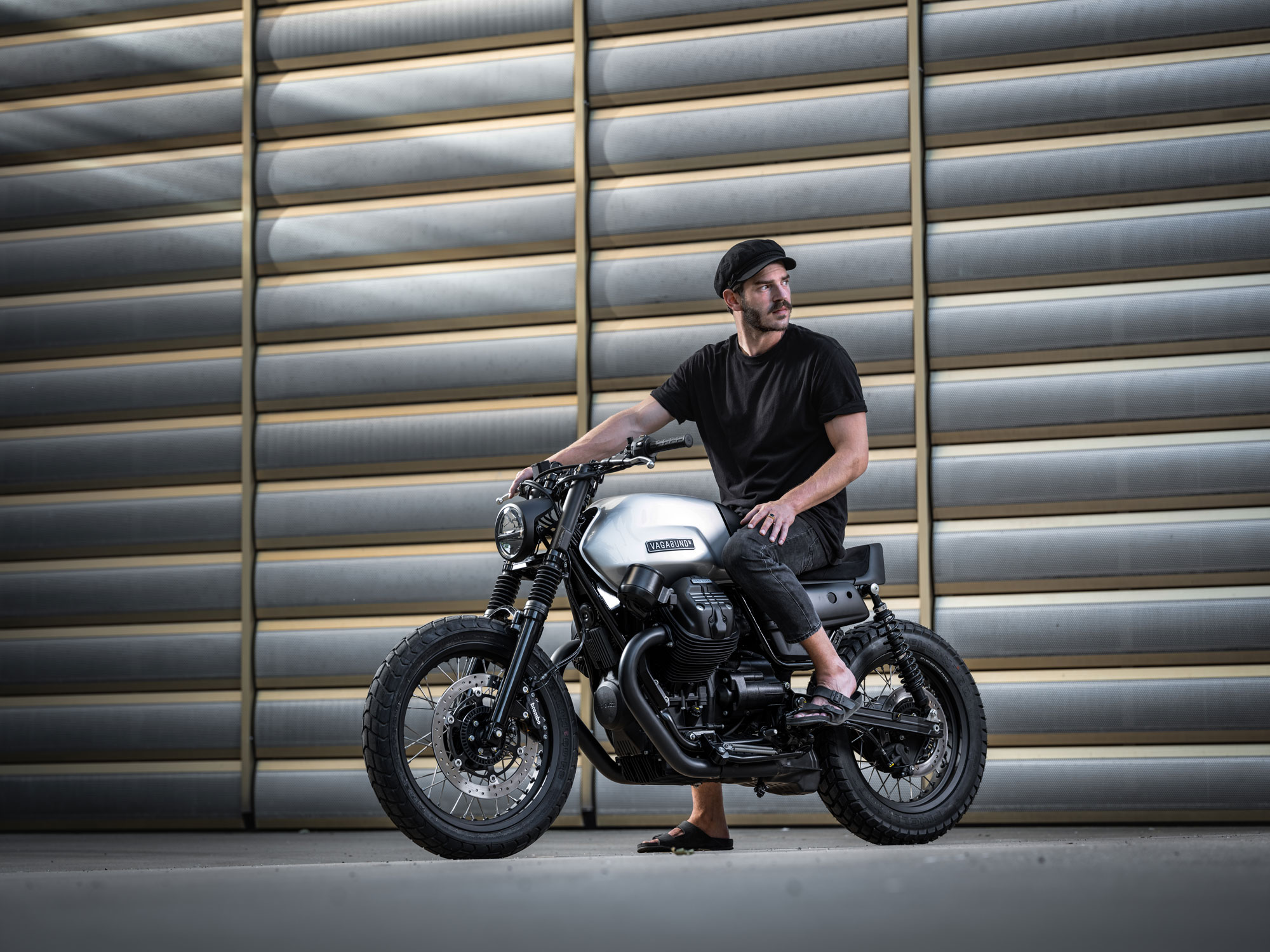 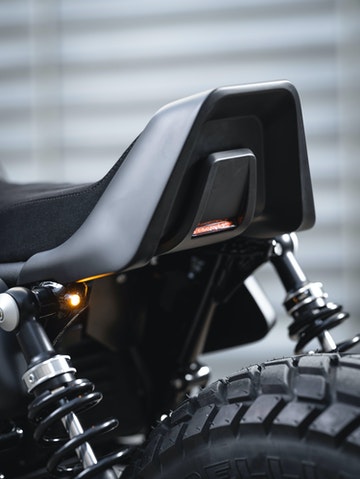 Moto Guzzi Scrambler .It has been written about in several  press articles and is well known by the followers of VGB autos on socials and features on their Instagram currently.

The  bike was designed last year and finished  last December then  delivered to my garage where it sat until the beginning of this month, when it was registered on UK 2019 plates because that is the age of the donor bike, although the bike is new.

The owner has only ridden the bike for 15 miles, so it still has delivery miles, but has decided to retire his bike licence

Amazing spec and attention to detail, as you can see from the attached press release.

The team at Vagabund Moto has won over plenty of custom bike fans with their modern and minimalist takes on BMW bikes and builds that keep their vintage soul. Now, the workshop has introduced their latest build, a custom Moto Guzzi V7. For this project, Vagabund Moto used the client’s 2019 Moto Guzzi V7 III. While they designed a more modern version of the bike, they also adapted it to handle different types of road surfaces.

No one that thinks of themselves as creative likes to be pigeonholed. It’s fine to be recognised by your unique style and flair, but the last thing you want is to be considered a one-trick pony. Paul Brauchart and Philipp Rabl of Austria’s Vagabund Moto are well aware this is the danger of working with one motorcycle marque too often. So when their portfolio started to resemble a Bavarian Motorrad convention they knew it was time to branch out. Their latest attempt at bucking their BMW trend is the Vagabund V14 Moto Guzzi V7 III and we very much approve.

As with any custom project, this project wasn’t without its challenges. In this case, however, it was the bike itself that proved problematic. “There’s a reason why there aren’t many custom V7 III out there!” says Paul Brauchart. “The Moto Guzzi V7 isn’t the perfect base to be built on.” Their unfavourable experience with the V7 III was due to something many builders encounter with modern motorcycles. Overly complicated electrical systems result in a lot of wiring and componentry that can be difficult to conceal. Luckily Paul and Phillip and experts at uncluttered out a build and while the process meant a slower overall build time the result speaks for itself.

Vagabund’s concept for their Moto Guzzi V7 III was to create a street destined scrambler with aspirations of off-road antics. This meant the bike had to be completely street legal as well as wearing dual-purpose rubber and offer an appropriate riding position for tackling unsealed surfaces. The donor delivered to their workshop by an eager customer was a 2019 Moto Guzzi V7 III. With a strictly fixed budget to work with Vagabund spent plenty of time planning things out.

The motorcycles built at Vagabund Moto have a distinctly modern look and achieving this means using the latest fabrication techniques. 3D modelling and 3D printing are an integral part of the Vagabund Moto approach. Thanks to their commitment to testing and fine-tuning they’ve determined which printing filaments work best on a motorcycle build. Nylon PA12 filament creates a result that is both structurally strong and durable and it’s the material used to print the bespoke parts on this project.