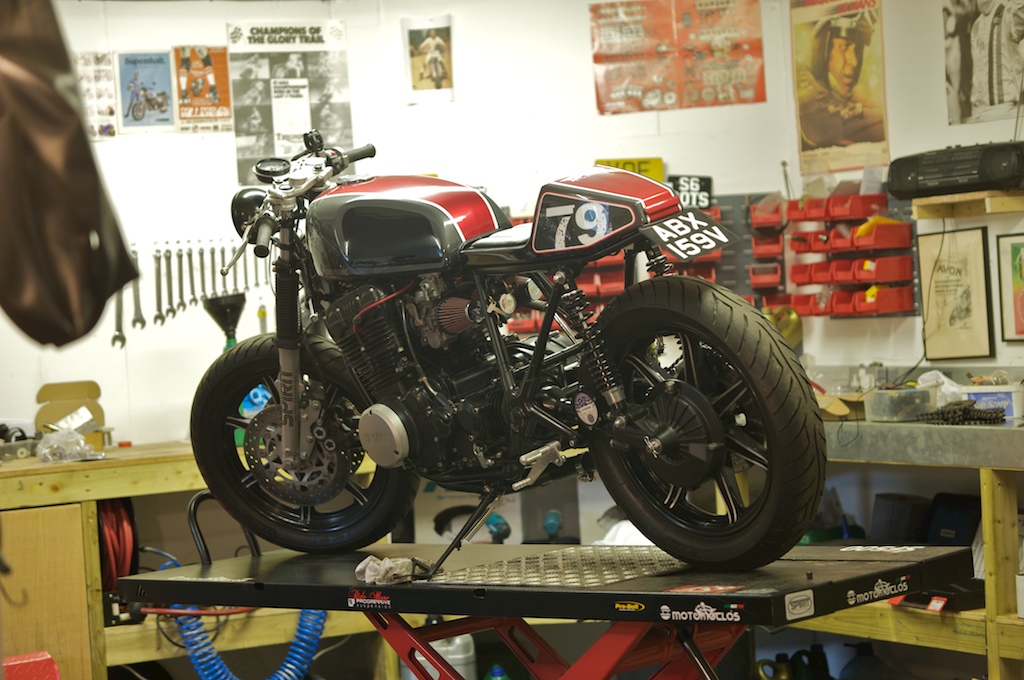 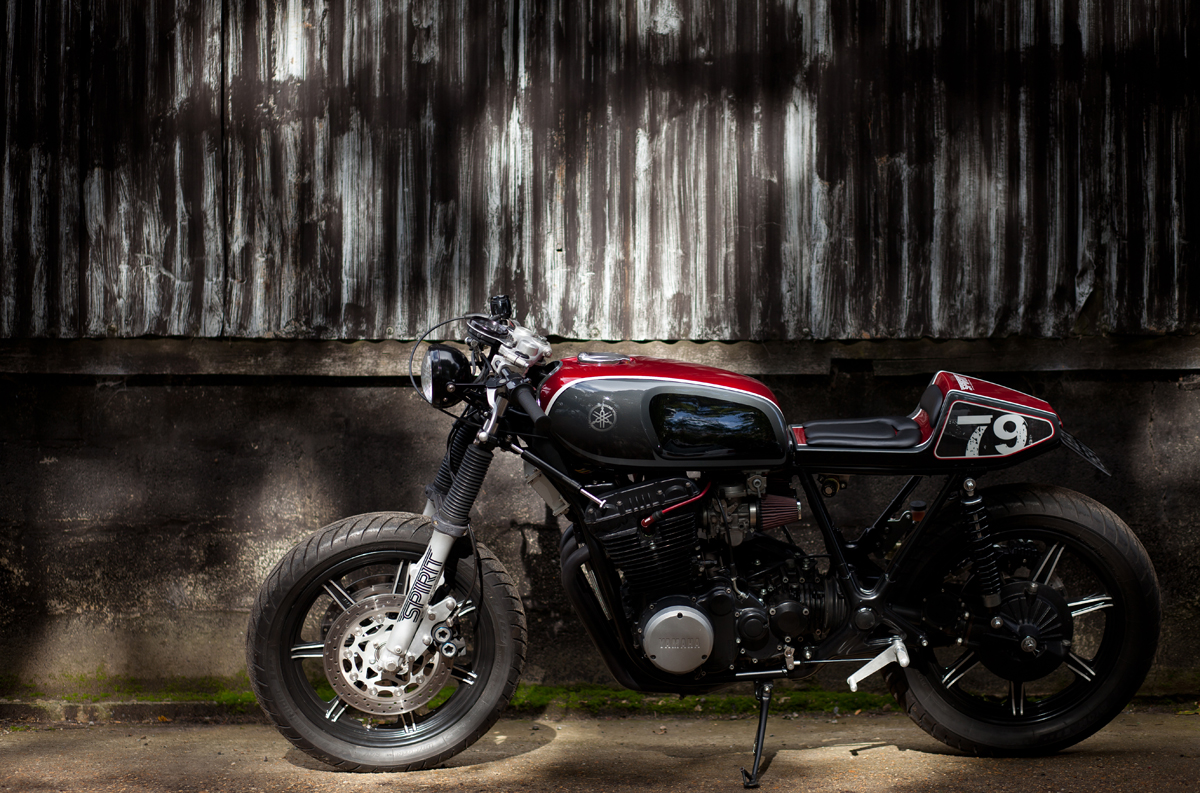 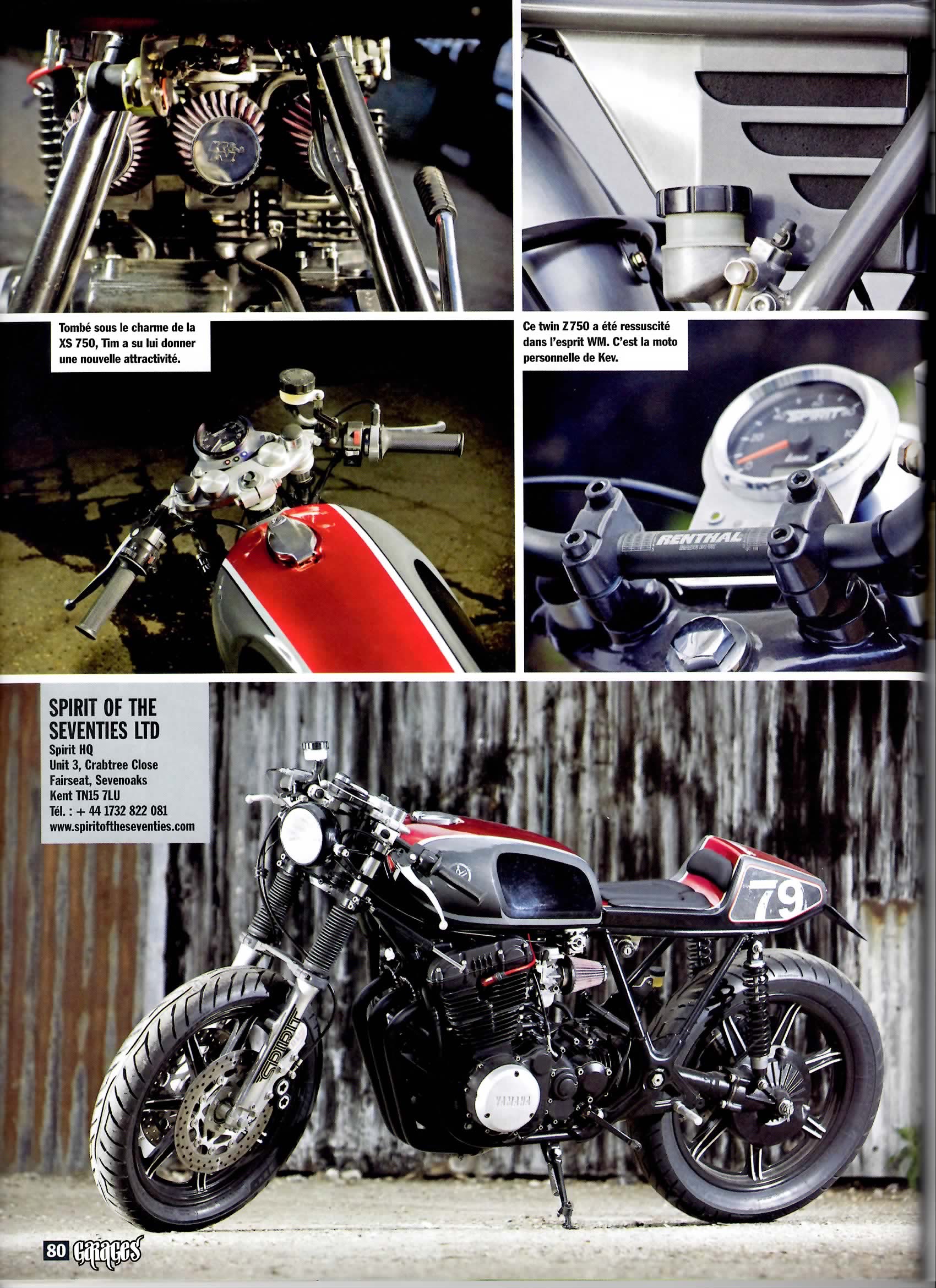 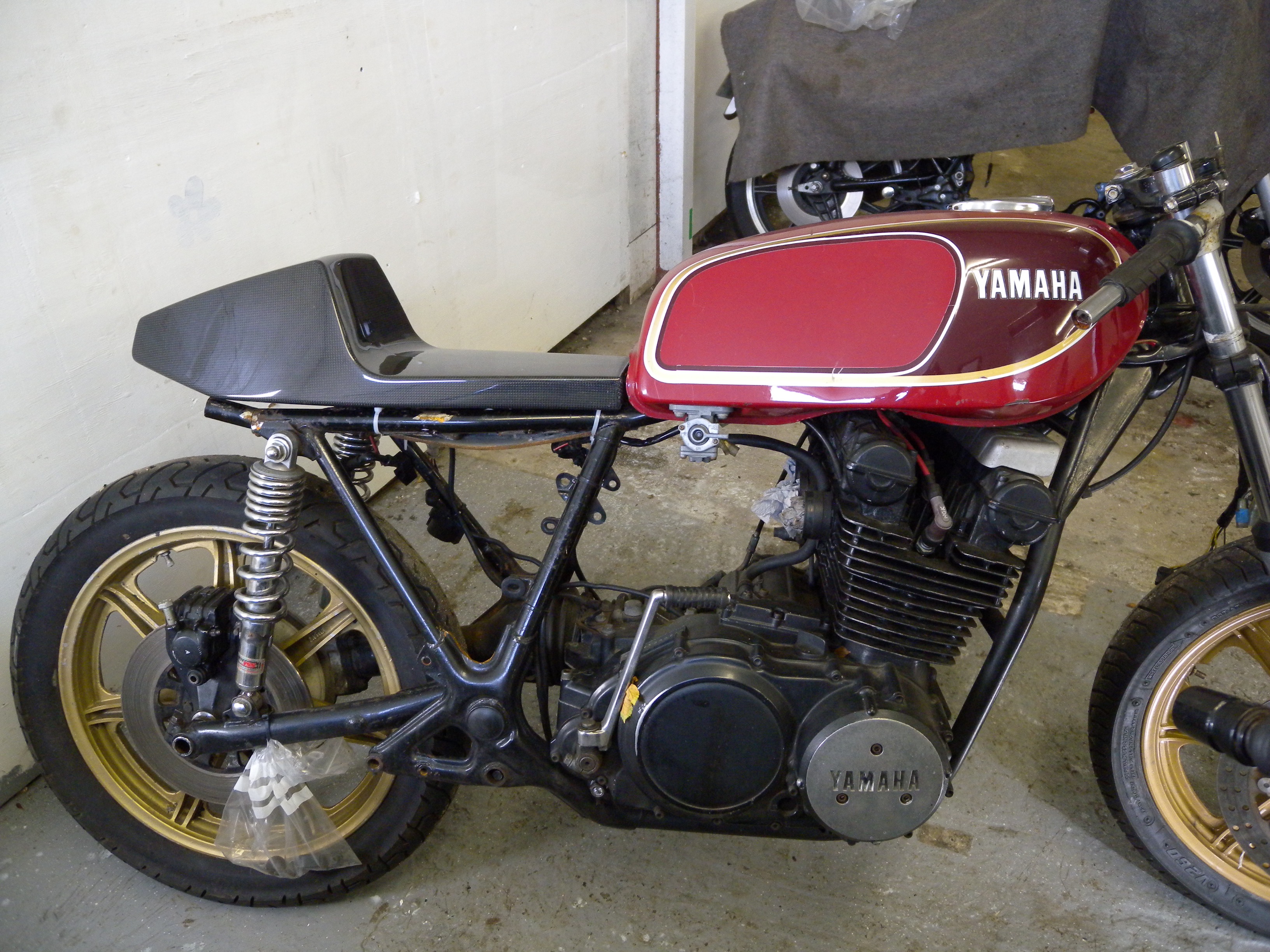 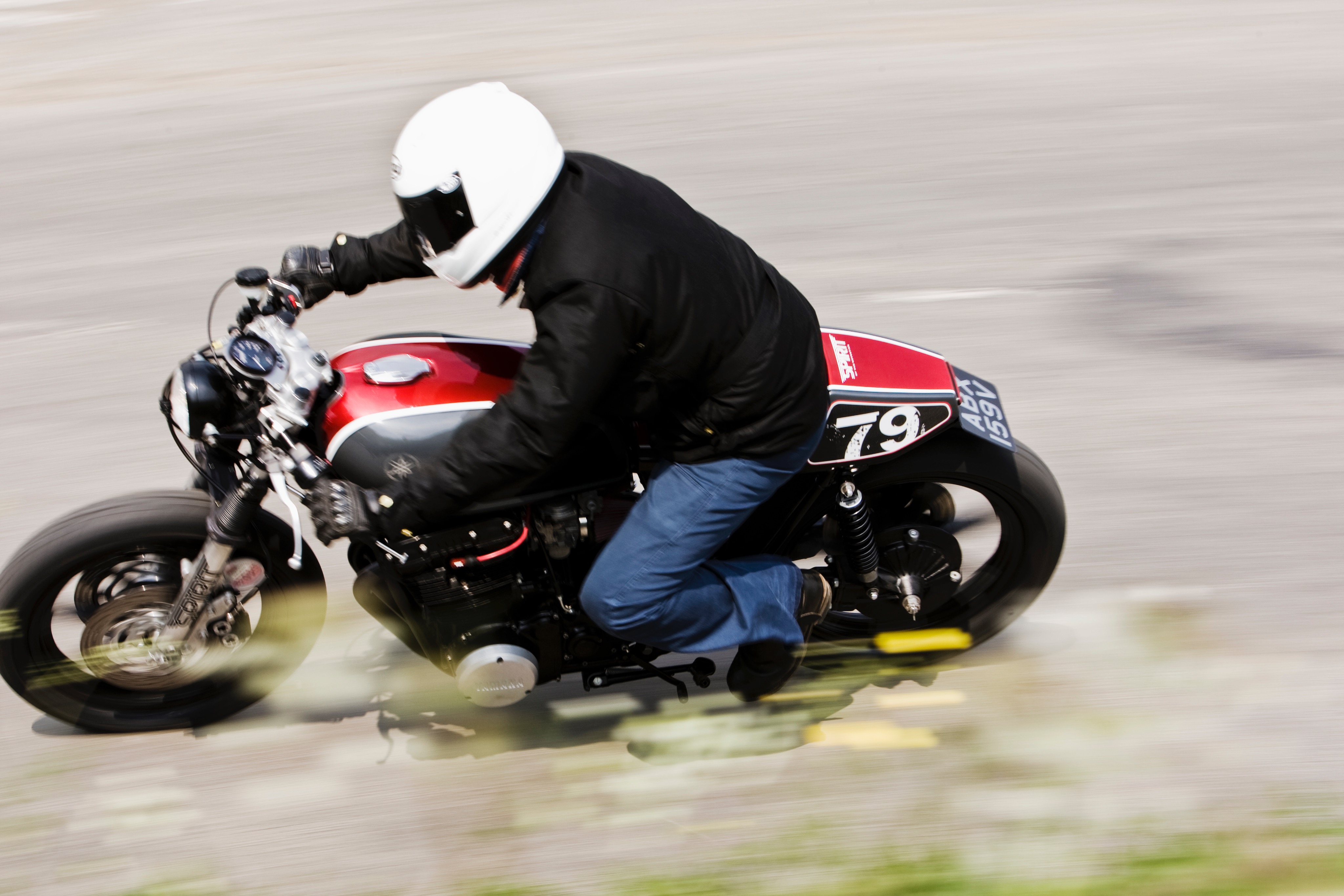 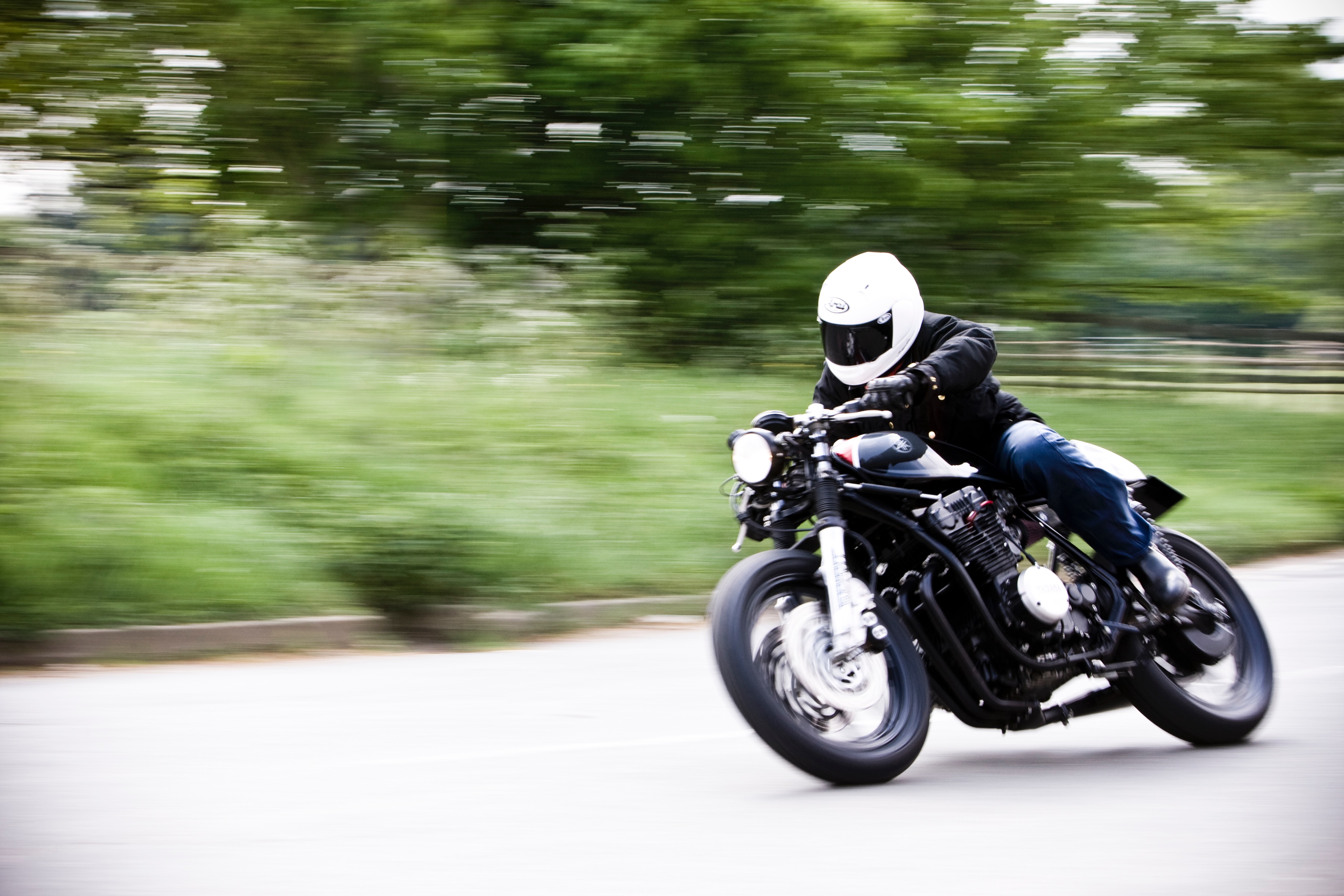 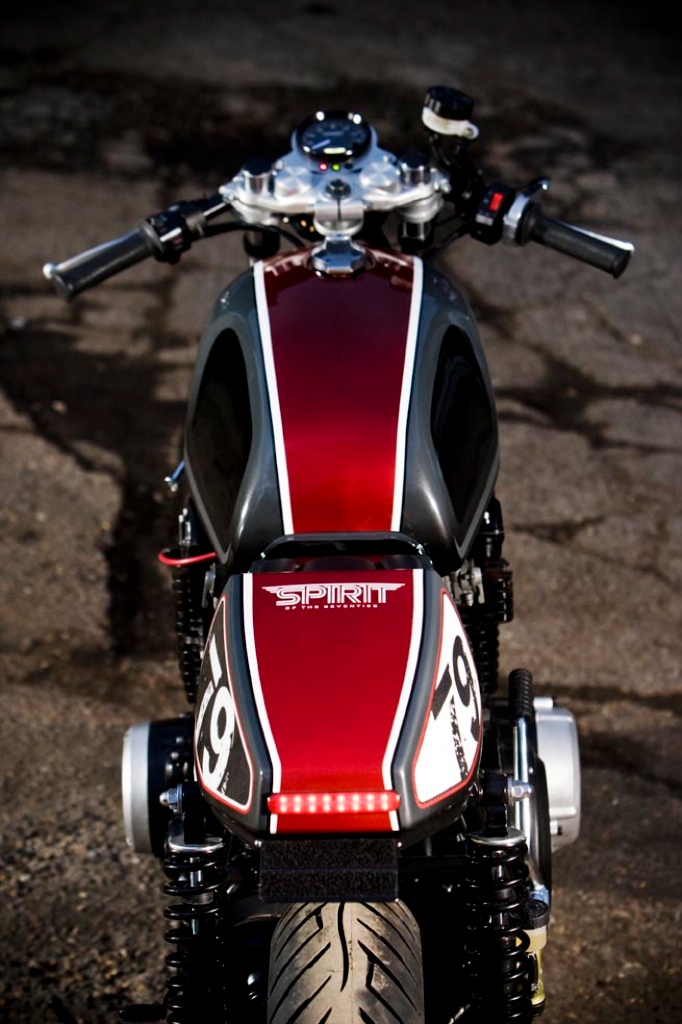 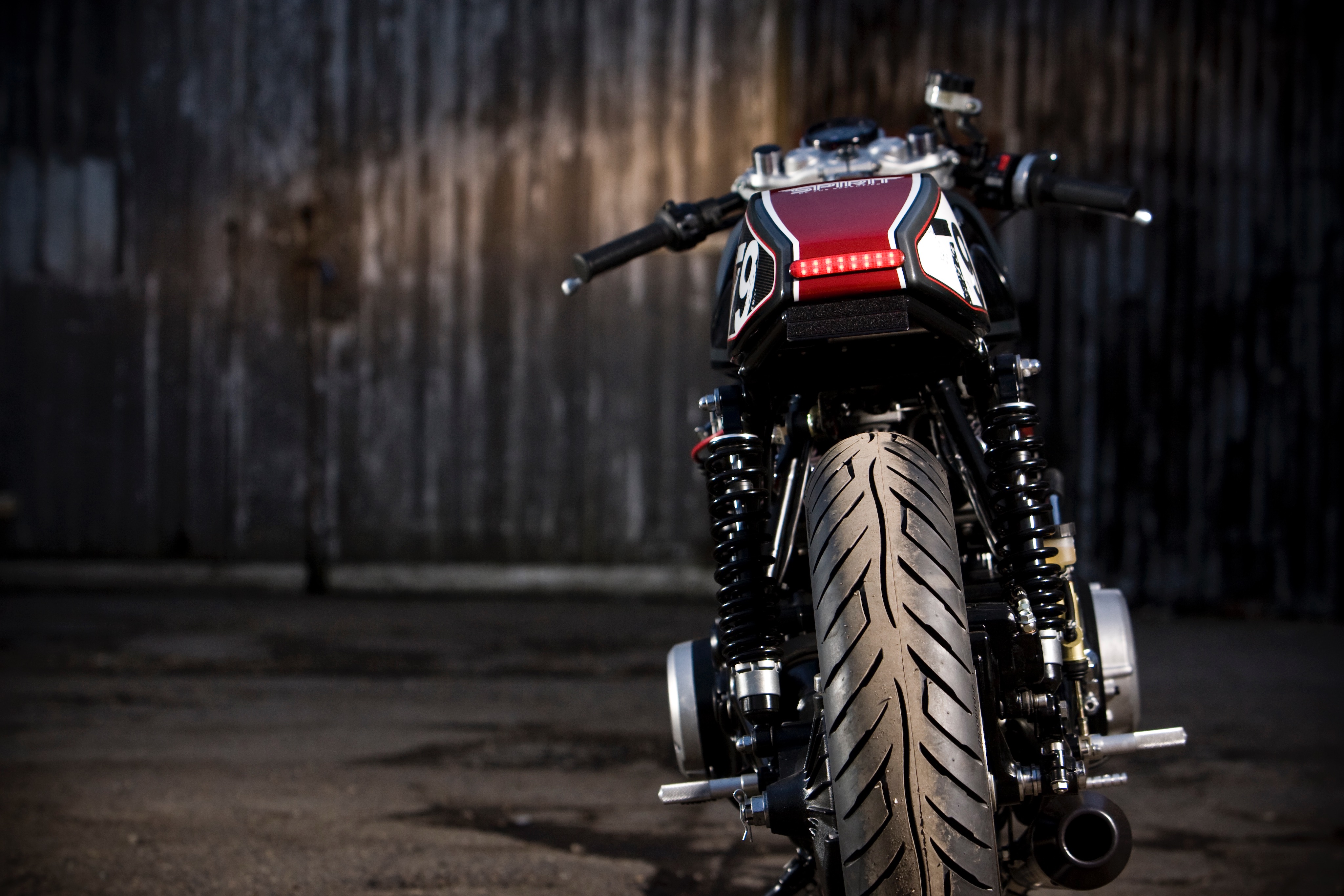 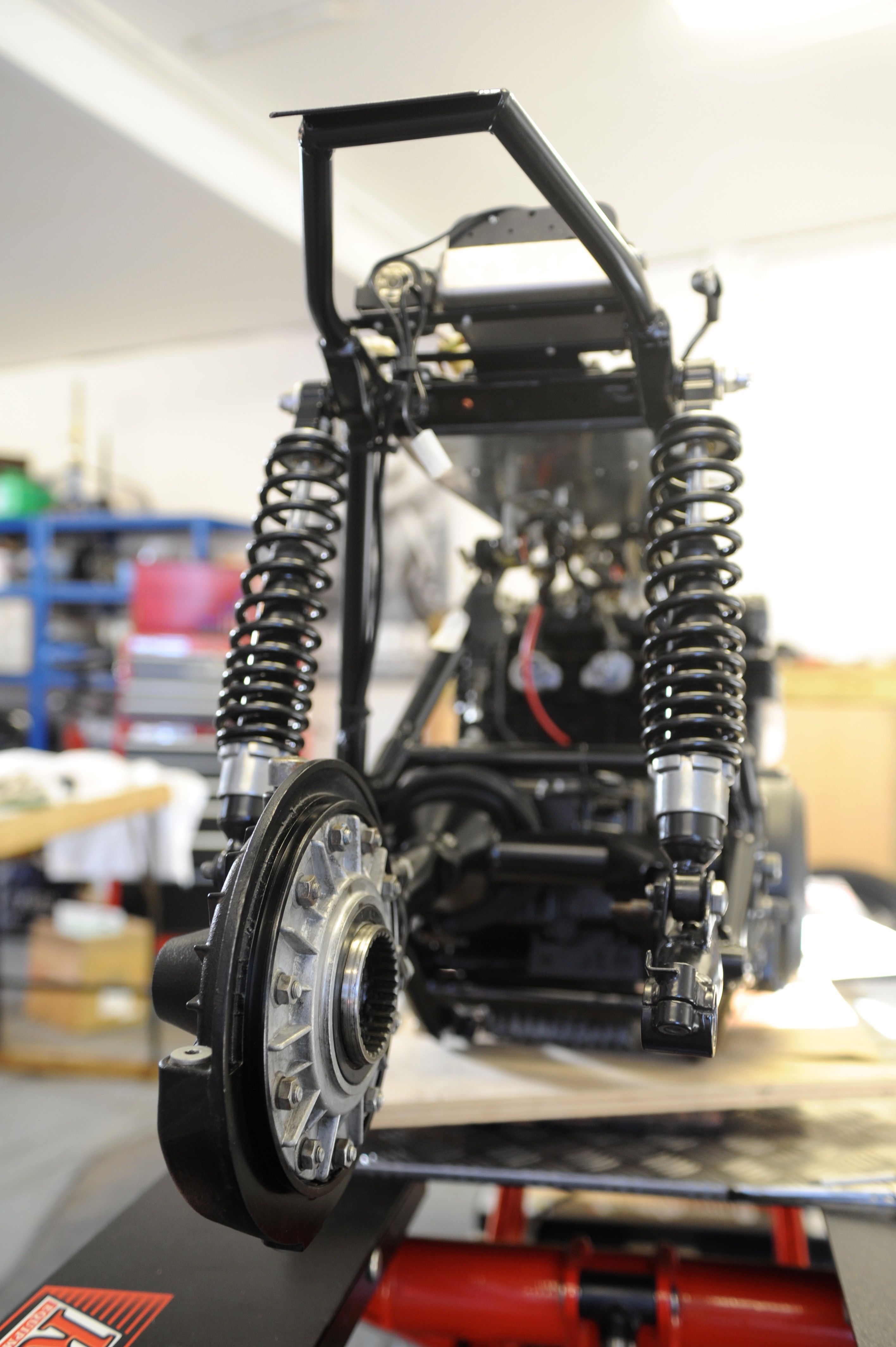 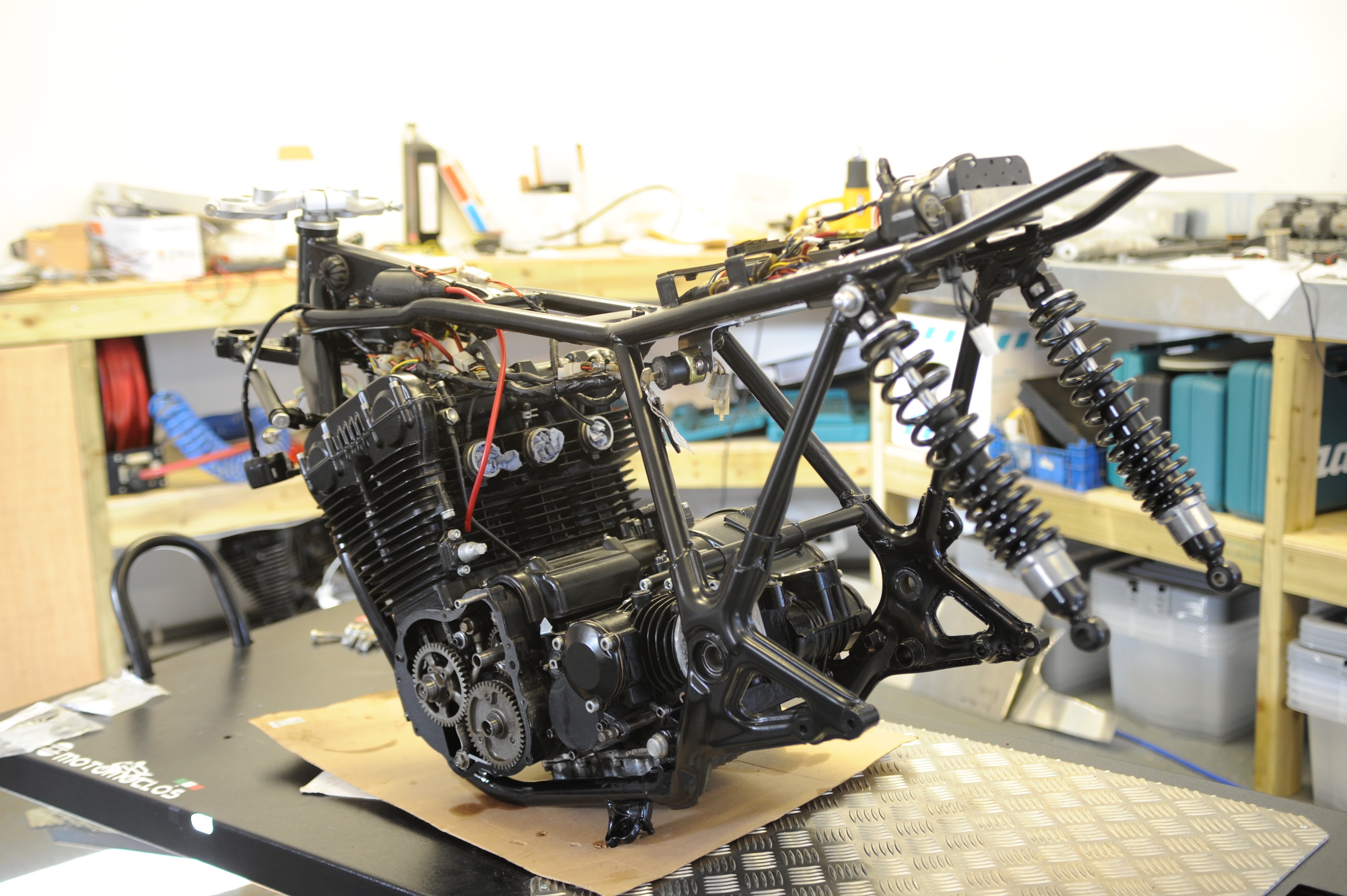 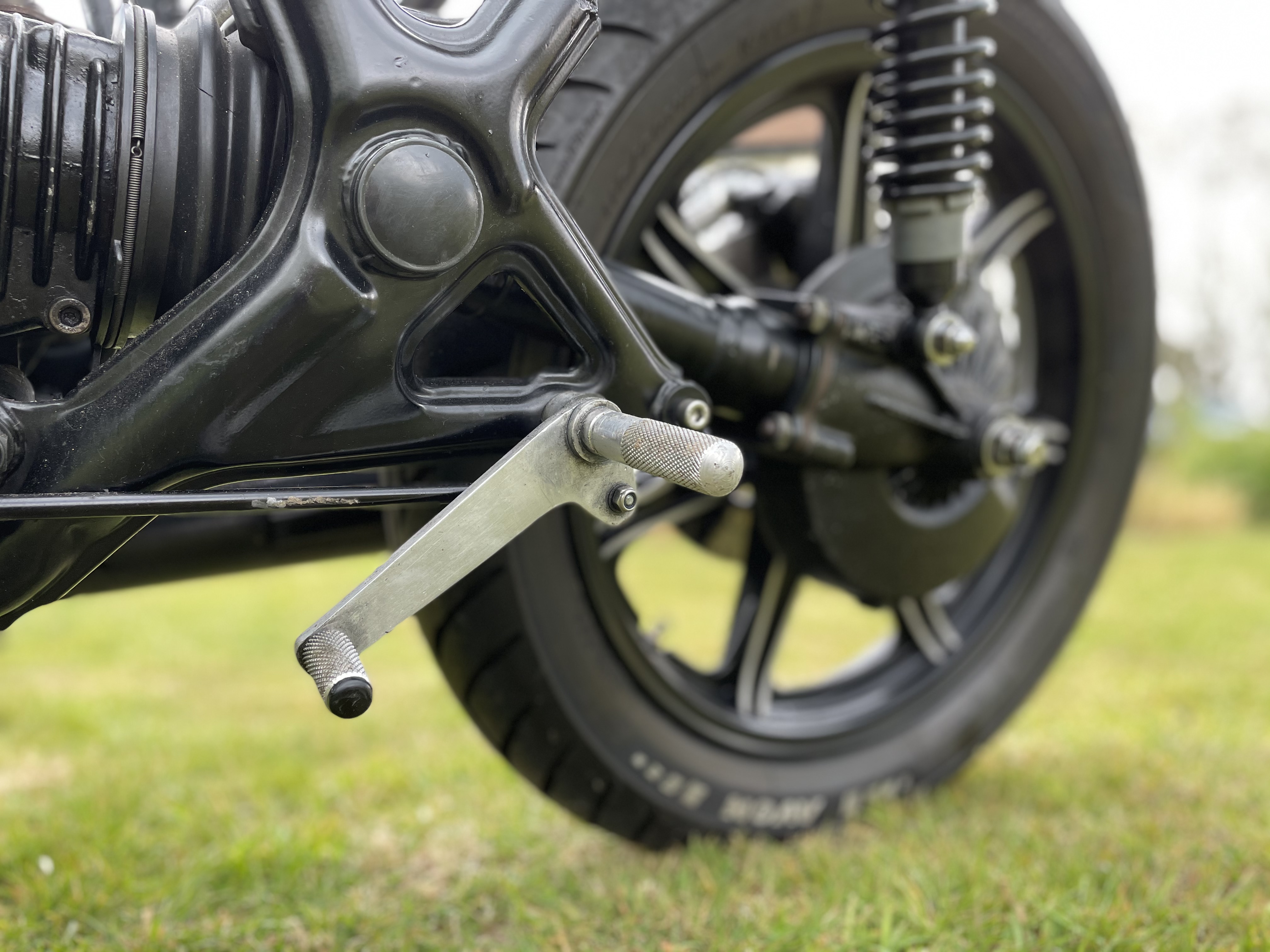 Built in 2012 by esteemed builders Kev and  Tim Rogers, this bike has been magazine featured in UK and Europe and truly needs to be seen to be appreciated.

Under my ownership it has received much love and care at both NMK restorations in Sussex and Victory motorcycles in London, and runs beautifully.

It started life as a red XS750. I have pictures of the build and have spoken to Tim about the considerable effort and design that went into its construction.

The engine was rebuilt and upgraded to the stronger 850, with Triumph carbs and foam filters, all jetted to suit.

The front end features standard forks with FZ400 discs and and R6 callipers. The brakes are superb.

The light is from a FS1E with a custom speedo.

The electrics are mounted under the carbon fibre TZ seat leaving a really clean look.

Custom rear sets have been fabricated that coupled with the clip on bars, really gives a proper cafe racing riding position and feeling.

It's loud, quick, stops and turns way better than a 40 year old bike should.

It's a historic vehicle, tax, MOT and ULEZ exempt, and legitimately wears a black number plate.

The engine has done 1075 miles since the build. It pulls superbly.

The best part is the paint: it's a really deep red with the Yamaha symbol ghosted into the tank. A clever use of colour makes the bike appear black from one side and red from the other. It's really subtle.

I absolutely love this bike but my collection is getting too big and causing me stress (ok let's be honest the bike isn't, my wife is...) so it needs a new home where it can be showed off again.

Delivery might be possible around the south as I have a trailer.