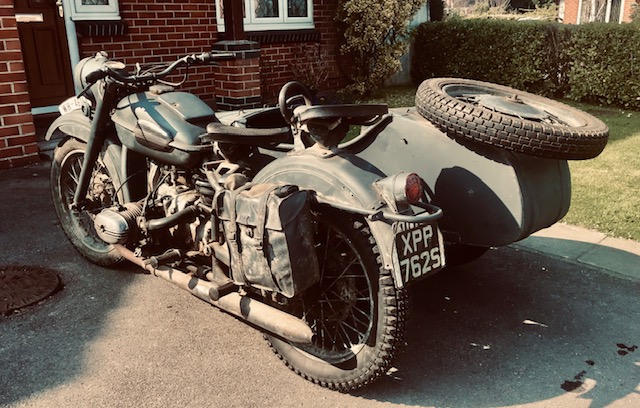 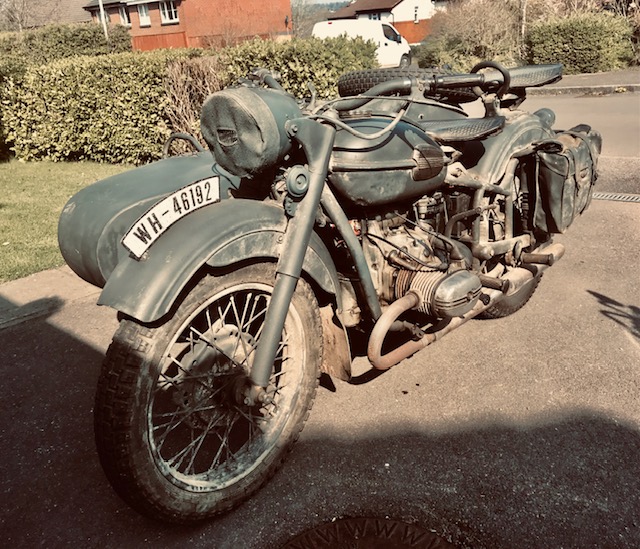 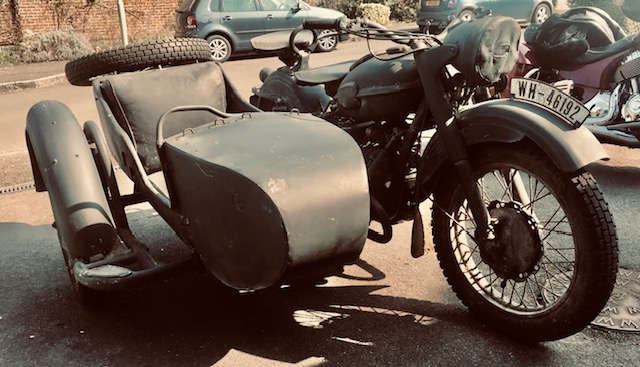 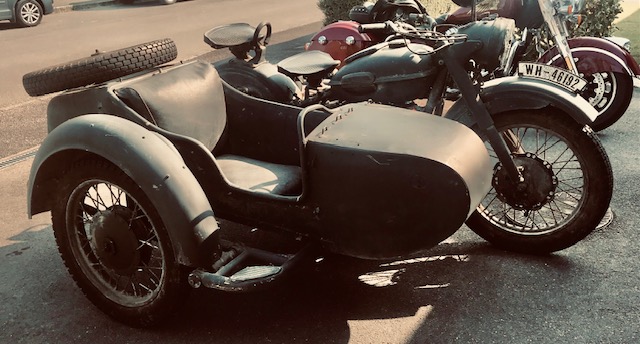 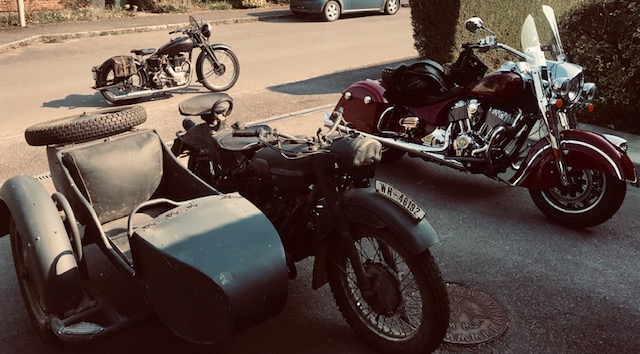 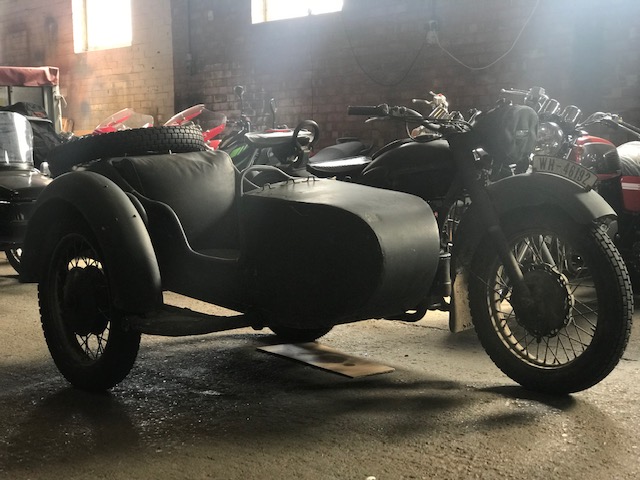 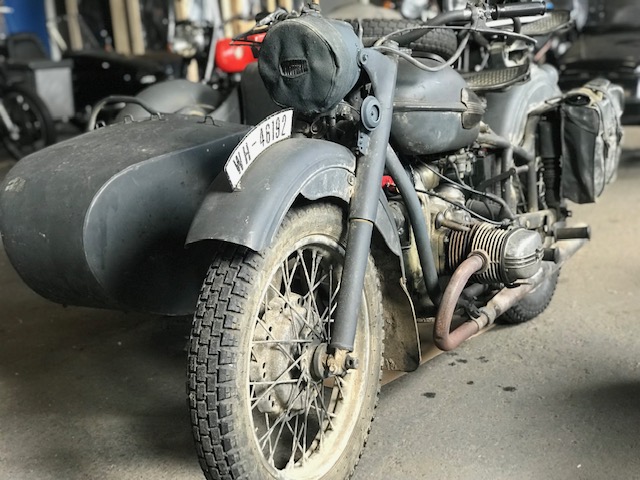 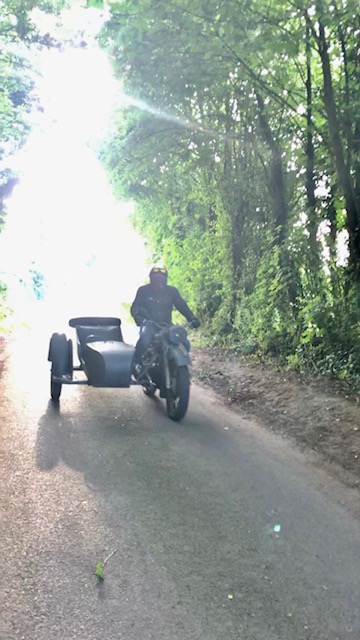 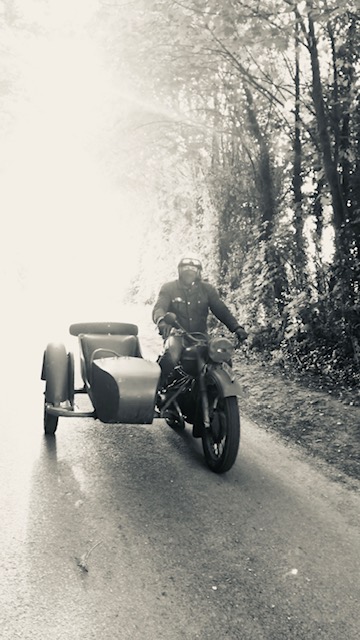 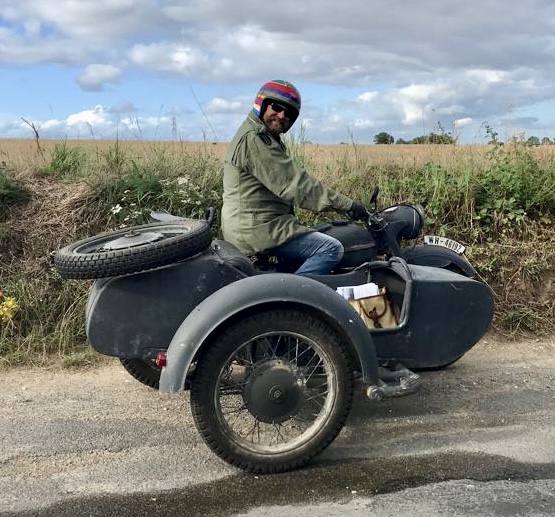 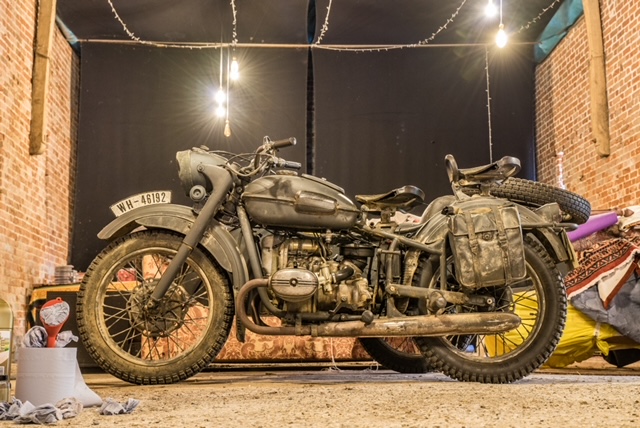 This Ural 650 is extremely rare as it has done only approximately 1500 miles in its life! It has spent its entire lifetime on film sets and has featured in some great movies such as Saving Private Ryan, Captain Correlli's Mandolin, Charlotte Gray and the Band of Brothers tv series. It was originally purchased new in 1972 by the stunt man called Richard Hammatt who then passed it on to his son who ran a film miltary vehicle supply company. It was then purchased by Plusfilm Ltd. This is the company who supplied military vehicles for the various films listed above. They then sold the bike to the gentleman who then sold it on to me. Plusfilm confirmed that the bike has only been used for film set work, hence the ultra low mileage.

The bike is "dressed" as a WW2 German military BMW sidecar outfit and is exactly as it came off the set of Captain Correlli's Mandolin. The rust, dirt and general condition has all been 'applied' by the props department to give it an authentic look for the period and underneath this veneer of age and use, the bike is clean. It comes with a correct UK registraion but also contemporaneous plates for a Wehrmact vehicle of the 1940's.

The bike runs well and has been used a only little by me over the last three years. It has been fettled, serviced and improved where necessary by David Angel at F2 Motorcycles, the well known expert in Urals in Norfolk.

If you are looking for a bike with very low mileage, considerabe interest and a very appealing film history, then this great machine maybe for you!